It inflicts torment on individuals and costs the economy dear, yet mental illness at work is often the elephant in the room that is not addressed or covered by company health insurance

Mental health in the workplace remains a taboo subject, but it’s not going to go away. The World Health Organization predicts that more people will be affected by depression than any other health problem by 2030. One in six people in the UK workplace experience depression, anxiety or stress, according to government figures.

Rachel Suff, public policy adviser at the Chartered Institute of Personnel and Development, believes these findings underline the need for line managers to be trained to spot the signs of mental ill-health. “How many organisations train their line managers in mental health? Our own research reveals that only three in ten organisations provide mental health training to managers,” she says.

One of HR’s major challenges is tackling the prejudices that face employees with mental health conditions. More than half of UK employers wouldn’t hire someone with depression, according to the Mental Health Foundation.

Ms Suff argues that HR must ensure an organisational framework is in place, which encompasses a wide spectrum of mental health conditions. “These policies need to be developed with occupational health,” she says. “An effective approach to mental health will have to take on board that staff have a variety of conditions from anxiety to bipolar depression. It’s also about education, awareness and training for line managers.”

The most innovative organisations adopt a holistic approach towards mental health, which embraces both prevention and intervention

There is still a lot of work to be done to educate managers and co-workers about their fellow employees who may have mental health conditions. An Axa PPP Healthcare survey revealed that two-thirds of managers don’t believe stress, anxiety or depression is a serious enough reason for employees to take time off work. “There is still a lack of understanding and education around mental health. How people with mental health conditions are portrayed in the media doesn’t help,” adds Ms Suff.

HR professionals are integral to shaping the culture of an organisation and fostering openness about mental health, says Emma Mamo, head of workplace wellbeing at mental health charity Mind. “Raising awareness and promoting the available support channels show employees that wellbeing is valued and disclosure will lead to support. For managers, HR should provide training on how to spot the signs of mental health problems and offer ongoing advice for those supporting employees with mental health issues, reminding them that solutions can be straightforward,” she says.

Nurturing a culture of acceptance

Attitudes towards mental health in the workplace are starting to change and some of the more progressive organisations have established role models who champion mental health issues, train line managers to spot the signs of mental illness in employees and offer counselling through employee assistance programmes.

The most innovative organisations adopt a holistic approach towards mental health, which embraces both prevention and intervention, says Poppy Jaman, programme director for City Mental Health Alliance, a coalition of City of London firms addressing the stigma of mental health in the workplace. “Many organisations look at what to do if someone is unwell, such as therapeutic counselling and signposting, but there is not a lot of work done in creating a culture of openness around mental health in the workplace,” she says.

Role models can play a pivotal role in creating a culture of acceptance around mental health at work. Such people are often in senior roles in the organisation and either have experienced a mental health problem, or have immediate family or friends with mental health conditions.

“The more senior people come out and disclose, then the more supportive the work culture,” says Ms Suff. “These role models often set the tone for middle management and they are in an influential position. It’s usually a sign that mental health is being taken seriously at board level and it has a big impact on the culture of the organisation as it makes talking about mental health acceptable. It’s saying you can have a mental health condition and be an effective leader.”

Organisations cannot afford to ignore the mental health of their workforce as the cost to both their business and the employee is too high, Ms Jaman concludes. “We know that mental ill-health is one of the leading causes of sickness absence and presenteeism in the workplace, and so it makes complete financial sense for employers to both foster good mental health and to better support employees who are experiencing a mental health issue,” she says.

“The quicker an individual is supported, the more likely they are to make a positive and potentially speedier return to work or full productivity.” 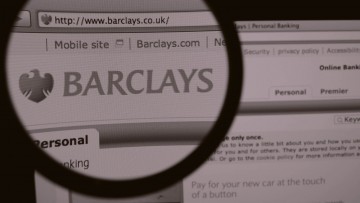 Since 2013, Barclays has been working to raise awareness of mental health in the workplace through its This is Me campaign.

“We started this campaign to address the social stigma around mental health and build awareness that our colleagues are successfully managing their mental health and wellness,” says Mark McLane, global head of diversity and inclusion at Barclays.

The bank asked members of its diversity network if they wanted to be involved in the campaign. “Colleagues stepped forward and they self-edited their videos and had control of how much they wanted to share,” says Mr McLane.

Barclays has a This is Me intranet page for colleagues, who want to find out more about mental health, where they can find written and video case studies. “It’s about sharing stories in a simple, personal way using a social media type of approach,” he says.

There have been 60,000 visits to the website, more than 160 stories shared since 2013 and a 4 per cent increase in self-identification in just two years.

“It’s about building an inclusive environment,” says Mr McLane. “HR has a vital role in supporting the overall intent of our campaign. When employees come forward to talk about their mental health, then HR colleagues can signpost what is available and ensure we’ve the right guidance in place for line managers.”