Technology is driving change in how we work, but working infrastructure doesn’t always keep up with changing needs 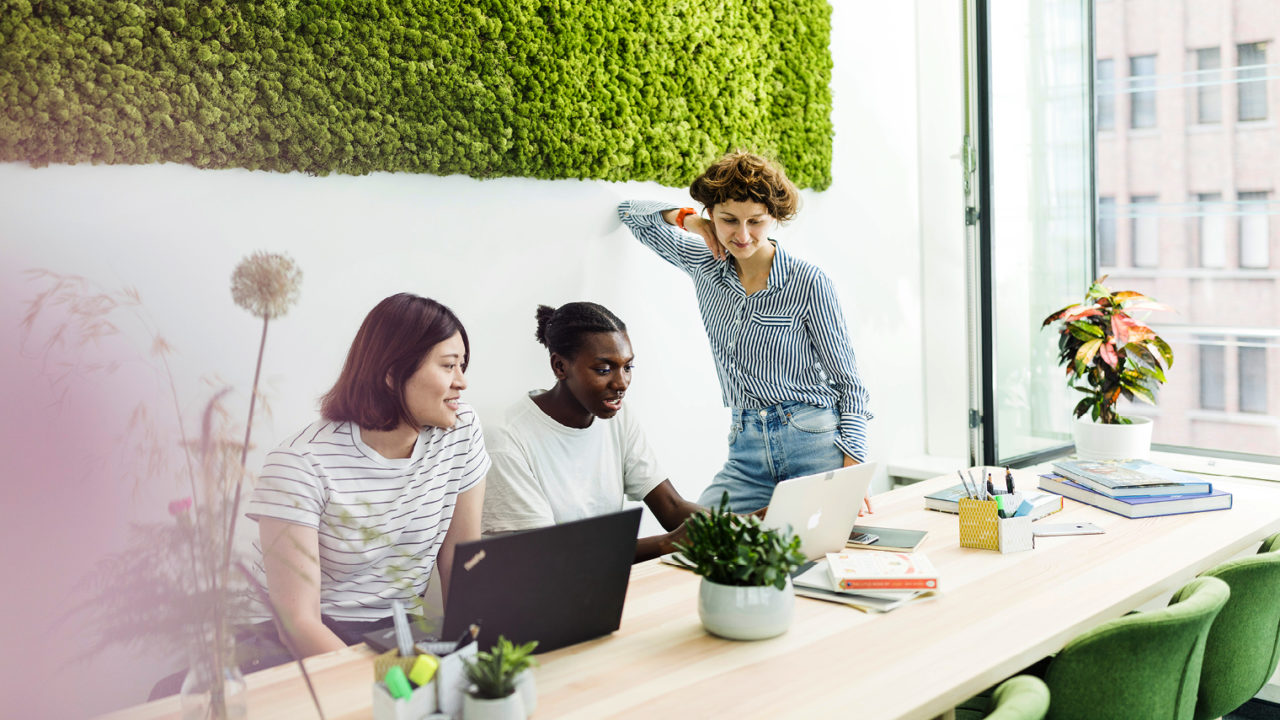 For the self-employed and small startups, there are two unmet needs in particular: finding somewhere to work and a supportive community of peers.

Primalbase, an Amsterdam startup that has just opened a 1,500-square-metre office space near London’s Silicon Roundabout, is using new technology to provide answers to both these needs at once.

On the surface, it’s a managed office provider offering the trifecta of desks, wifi and coffee in a modern workspace. At the same time, it is deliberately building an incubator environment where its clients are encouraged to interact with each other for inspiration and practical support.

To this end, Primalbase is using one of the most cutting-edge and controversial digital technologies –  blockchain – to create a market in its hot desks.

“We started Primalbase to give innovative people a real home; somewhere they can collaborate, communicate and create together,” says Ralph Manheim, chief executive of Primalbase. “This isn’t an impersonal co-working space; it’s a real community where you can meet people on your wavelength.”

We see blockchain as a vital part of the future of work, but only if it’s practical, accessible, and provides obvious advantages to us and our community. We think we have that here with our new Lease Market

That wavelength is one which is receptive to blockchain and other emerging technology. “Among other things, we wanted to explore what blockchain could do and we thought the world of co-working was a very good fit,” says Mr Manheim. “We see blockchain as a vital part of the future of work, but only if it’s practical, accessible, and provides obvious advantages to us and our community. We think we have that here with our new Lease Market.”

Blockchain is one of the few genuinely new technologies of the 21st century, and as such has spawned as much hope and hype as genuinely useful products. In particular, as the underlying enabler of bitcoin and other cybercurrencies, it has acquired the patina of a technology out of control, enabling all sorts of activity at the edge of, and sometimes beyond, legal limits.

But blockchain isn’t bitcoin, any more than accountancy is offshore banking. Blockchain can be thought of as a distributed ledger, a way of keeping a database of things and their owners that can’t be illicitly altered, but needs no central authority.

Everyone who wants to trade things on the ledger can have a copy of that ledger and make deals between themselves that are replicated in everyone’s copy. The underlying mathematics and engineering of the software involved ensures the validity of the transactions and guarantees ownership.

This can seem pretty abstract. But the things in a blockchain can be anything digital, in Primalbase’s case, tokens signifying rights to use office space. Anyone who buys a token can also put it on Primalbase’s Lease Market to let anyone else rent it for a set time.

“This gives everyone a huge amount of flexibility at a competitive price,” says Mr Manheim. “You can buy a day or more in the office for whatever the token owners are offering it at and get the use of very modern offices without the headache of deposits or filling out forms. There are also a lot of administration and technical advantages that quickly mount up, and avoiding them makes running our business smarter and more efficient.”

The company started in 2017 in Amsterdam. It built its blockchain-based Lease Market around Ethereum, a second-generation blockchain, which supports its own cryptocurrency, but is also designed to handle a much broader range of automated, secure token-based services.

Primalbase raised $7.5 million by issuing 1,000 tokens, which it used to open its first offices.

“People can lease private offices from us in the traditional way and that’s about half our community,” says Mr Manheim. “The other half, our token holders, have the right to use a hot desk in any of our locations at will. When they’re working elsewhere, travelling or even on holiday, they can make some additional income by selling those days on our Lease Market.”

While the company’s more mobile clients are out of the office, anyone can buy that time. In practice, this means logging on to the website, booking time by paying a token holder, then turning up at the workspace with photo ID. Token holders set their own price and can see other offers to
stay competitive.

Primalbase’s business model goes beyond tokens and leases. It looks to its permanent clientele to provide the ground base of community buzz to attract the more nomadic workforce. Its positioning in tech hubs clearly signposts its desire for high-tech entrepreneurial types, notably developers, researchers and leaders interested in artificial intelligence, big data, cybersecurity and the like.

Another leg of the company’s strategy is hosting events, workshops and training for its community, in conjunction with tech event and workshop company Binary District. These include the Genesis Conferences, a series of summits for blockchain developers and companies.

“We’re constantly developing how we do business,” says Mr Manheim. “One of the things we hope to achieve is to help make blockchain more normal and more user friendly for both businesses and consumers.”

The company is planning to build beyond its current Amsterdam, Berlin and London bases to New York, Singapore and further, and says its expansion plans are in part driven by the suggestions of its community.

“It’s an adventure,” says Mr Manheim. “Everyone knows some of the best and most innovative ideas start out as being uncertain and unnerving. We’re sure, though, that we’re building a way of working that gives everyone the best chance of succeeding in that future through flexibility, community and innovation.”

Primalbase works via a token-based membership system. Purchasing a token via Waves Platform enables members to use hot desks at its offices across Europe for as long as they like. Holders can then sell their tokens at any time or they can use Primalbase’s Lease Market. This lets others lease a token for a time in exchange for a payment. One of the first blockchain-based booking and leasing systems of its kind, it lets token holders make an additional income when they’re not using the office and enables non-members to use the workspaces on an ad hoc basis. Current office workspaces Amsterdam