It’s been a long-haul trip of engineering and design innovation, but where is the evolution of the business jet heading? 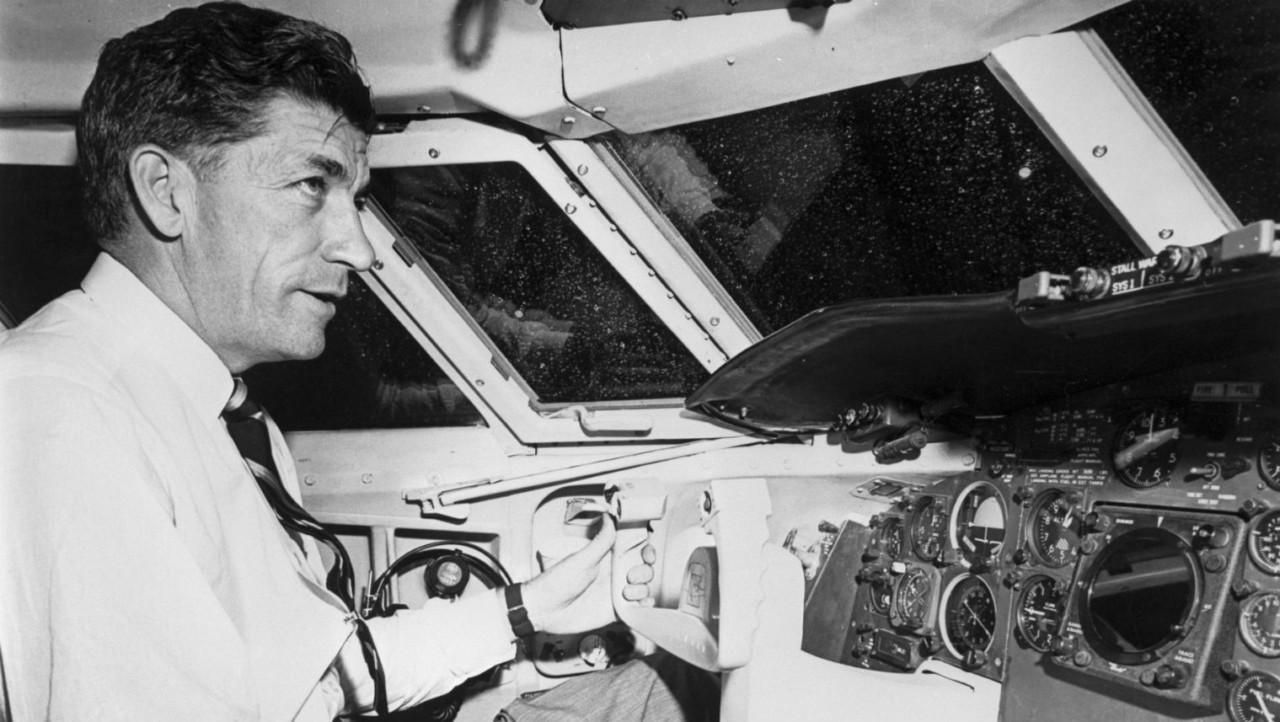 When is the golden age of flight coming?

Romantics claim we’ll never surpass the glorious forties when the Pan Am Clipper ferried passengers in dinner jackets served by butlers. However, those aircraft were rickety old boneshakers compared to today’s sophisticated machines. When you add much faster speeds, sea-level cabin pressure and on board wi-fi, yesterday’s tech looks positively primitive.

Experts are divided about when the first business jet hit the skies. The Lockheed JetStar flew on to the scene in 1961, like most early bizjets, a commercial derivative of an aborted military project.

But for many Bill Lear and his team at the Swiss American Aircraft Corporation were first to market. The maiden Learjet flight took off in 1963, after almost 20 years on the drawing board. Based on a 1950s Swiss ground-attack fighter, the six-seater Learjet 23 featured distinctive fuel tanks.

Meanwhile in France, Marcel Dassault had been working on an eight-seat executive version of the Mystère 20, later the Falcon 20, a low-wing monoplane with two rear-mounted Pratt & Whitney JT12A-8 engines. The first production aircraft flew on January 1, 1965, and on June 10 Jacqueline Auriol set a new world record at the controls, clocking an average speed of 859kph (534mph). The prototype also starred in the 1966 Audrey Hepburn comedy How to Steal a Million.

In 1969, arguably the most iconic passenger jet ever took to the skies. Aérospatiale/BAC Concorde, a British-French supersonic airliner, flew in commercial service until 2003. It had a maximum speed over twice the speed of sound at Mach 2.04 (1,354mph at cruise altitude), with seating for up to 128 passengers. There were only ever 14 working aircraft.

Today Aerion Corporation is working on new technologies to make supersonic flight a potential again. The firm is developing the $120-million AS2 supersonic business jet, due to take flight in 2021.

By 1997, Concorde’s parent company Airbus had introduced the A319 corporate jet version of its A319 airliner. The company now offers VIP variants of all its commercial jets, including its latest ACJ 350. Famously, Airbus has not created a VVIP A380-800, also known as the Flying Palace. There was only one ever order placed for the type in 2012 for Saudi Prince Al-Waleed bin Talal. This was reportedly to feature three full decks plus a concert hall, garage and steam room, but the project was cancelled.

Boeing, too, entered the market in 1998, with executive versions of its commercial narrow bodies. Currently it offers what some believe is the most luxurious aircraft available for charter, the $224.6-million VIP 787-8 Dreamliner. China’s HNA Group operates the type, which has a range of almost 9,800 miles even when carrying 40 passengers. With a flying time of about 17 hours, the plane can reach virtually any destination on Earth. Partners Kestrel, Pierrejean Design Studios and Greenpoint Technologies designed and engineered the interior from scratch, which took two-and-a-half years to come to fruition.

Other notables include the Cessna Citation X, the first true private jet to hit just under the speed of sound at Mach 0.935. Bombardier’s new Global 7000 has just given it a run for its money by almost breaking the sound barrier, flying at Mach 0.995 during certification tests in March. Dassault’s Falcon 7X also deserves a mention for being the first fully fly-by-wire business jet, entering service in 2005, while Gulfstream’s G650 is the world’s longest-range private jet.

Like all the airframers, Gulfstream is focused on the long-term environmental impact of its products. The firm’s director of corporate communications Heidi Fedak explains: “Gulfstream’s newest family of aircraft, the G500 and G600, are powered by versions of the new Pratt & Whitney Canada PW800 series engine, which delivers excellent fuel efficiency, fewer emissions and less engine noise.

“It will likely take a combination of both new engine and new airframe design to make future aircraft more efficient. Rethinking how aircraft are powered and designed is part of the work being done at our Research and Development Centre, which is home to approximately 1,500 engineers and designers.”

In terms of state-of-the-art new aircraft, Embraer entered the market 12 years ago with a fleet of six business jets, one of which, the Phenom 300 light jet, is now the world’s best seller. The firm believes its new mid-size Legacy 450/500 variants will outsell the Phenom and that tomorrow’s design is more about ultra-personalisation rather than radical airframe changes.

Jay Beever, the manufacturer’s vice president of interior design, says: “The most important thing today is how to maximise ergonomics and craftsmanship. We call it a ‘butler with wings’ in that it serves its passengers information without them having to ask. We believe that a perfectly executed cabin should be like hidden zones of lingerie with pops of colour, like the bottom of a Louboutin shoe, or the inside of a Hugo Boss jacket.”

Comfort is always king. The firm is also working on a power seat that adapts in 21 different ways to accommodate its passenger perfectly. Mr Beever concludes: “It is all about experience – how are we improving our relationship with our customers?”