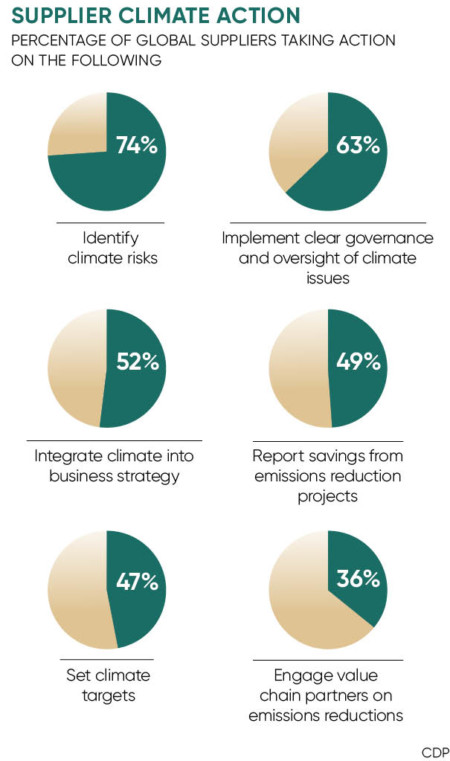 Sustainability has become increasingly important to the business community and companies looking to become more sustainable soon turn their attention to supply chains.

“The imperative to manage supply chain risk has never been higher,” says Geoff Lane, a supply chain sustainability expert at consultancy PwC. “We are seeing a step change in interest for two reasons. It is becoming evermore important for any company with a brand to protect – if something goes wrong in the supply chain, it is going to come back and bite you. And the operational risk is increasing too, in relation to access or availability of raw materials.

“In the past, companies would talk to their suppliers and then leave them to get on with it. But there has been a realisation that this is not good enough. Now there is a much more hands-on approach.”

One example of this is the work done by the supply chain programme of CDP. The global disclosure not-for-profit environmental organisation wrote to 4,300 suppliers on behalf of 89 of the world’s biggest purchasers, who spend $2.7 trillion between them with suppliers, asking for data on their carbon emissions.

“For the average company, the vast majority of its greenhouse gas emissions are in its supply chain – four times its direct emissions,” says Dexter Galvin, head of the supply chain programme at CDP. “Far too little is being done to engage supply chains, but there is a huge opportunity from doing so.”

The suppliers who responded to the CDP request reported that they cut 434 million tonnes of CO2 emissions, equivalent to the amount produced by the French economy, and saved $12.4 billion in the process.

But it is not just emissions that suppliers need to tackle. There is a growing demand from consumers to know the source of the products they buy, in part so they can be assured workers or animals are not being exploited. “Customers want provenance like never before,” says Murray Sayce, a sustainability expert at Ramboll Environ.

There are also a growing number of regulations that require businesses to deal with their supply chains, from the high-level aspirations of the Paris Agreement on climate change and the sustainable development goals of the European Commission’s Directive on Non-Financial Reporting, the UK’s Modern Slavery Act and listing requirements from stock exchanges.

For the average company, the vast majority of its greenhouse gas emissions are in its supply chain

But supply chains are increasingly complex and opaque. “Some companies will have 10,000 suppliers, for example cocoa farmers in Ivory Coast or in the textiles industry in Bangladesh. Getting visibility to the end of the supply chain is virtually impossible,” says Mr Sayce. To improve this situation, companies need to map their supply chains, identifying hotspots for issues such as human rights, gender diversity and political stability, he says.

While this has been difficult in the past, companies now have much more technology and data available to them, and the capacity to analyse it properly. “There is an emerging use of data and analytics that is helping companies to predict where risks are going to occur,” says PwC’s Mr Lane.

Companies are imposing stricter requirements on their suppliers, with some dropping those that fail to implement more sustainable practices, adds Mr Galvin.

There is also a growing recognition that many issues are too big for single companies to tackle on their own, according to Dominic Regan, senior director, Europe, Middle East and Africa logistics applications, at Oracle. “The next level of savings will come from collaboration across supply chains,” he says.

Initiatives range from sharing logistics operations to industry co-operation through schemes such as the Cement Sustainability Initiative, Better Cotton and the Round Table for Sustainable Palm Oil. Mr Sayce concludes: “The more companies that share this information, the easier it becomes.” 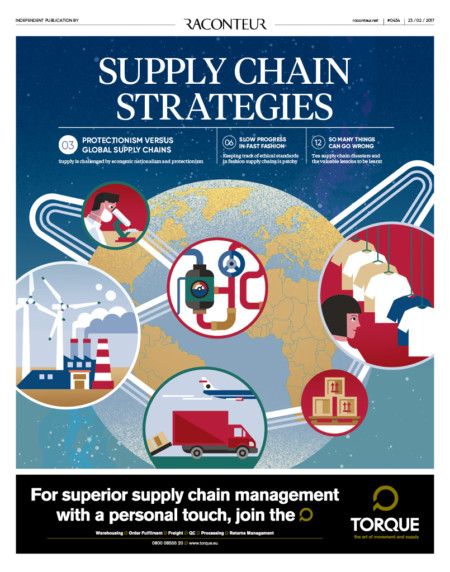