As the general election approaches, all political parties are desperately trying to persuade small and medium-sized enterprises (SMEs) across the country they are the ones who can help them.

While the coalition government has focused heavily on this sector, including launching the Funding for Lending scheme (FLS) to boost the supply of credit to SMEs, as well as implementing the Business Bank, not everything has been successful. There’s still a lot of room for improvement in terms of access to finance and helping small businesses to export abroad.

Phil Orford, chief executive of the Forum of Private Business, says: “We believe that the next government must put in place further measures in order to truly support small businesses. As our members tell us on a weekly basis, the growth of UK SMEs continues to be undermined by the spiralling cost of doing business, suffocating red tape, a lack of confidence and bullying tactics from big businesses.

“As such, we are calling on political parties to put small business interests at the heart of their election manifestos and for the next government to put the backbone of the British economy – small business – at the top of the political agenda.”

When it comes to helping SMEs access finance, it is fair to say the FLS has not been a great success despite changes made by the Bank of England and Treasury so it focuses on businesses instead of households.

This is highlighted by the fact that the latest figures from the Bank revealed net lending to SMEs through the FLS, which provides cheap credit to lenders on the condition they pass on attractive borrowing costs to businesses seeking loans, dropped by more than £800 million in the final quarter of 2014.

In order to thaw the frozen credit routes, the Federation of Small Businesses (FSB) has called on the next government to increase competition in the banking sector by lowering barriers to entry and making it easier to switch between financial providers.

It also wants it to provide long-term backing for the Business Bank so it has the means to identify and tackle market failures and promote alternative sources of finance, including peer-to-peer lending and pension-led funding, which have become increasingly popular over the last couple of years as the traditional lending paths remain largely blocked.

“Access to finance remains a concern for many small firms, with the recession painfully highlighting the deficiencies in the UK finance market,” according to John Allan, the national chairman of the FSB.

“At the heart of the problem is the overly concentrated nature of banking provision, with four banks accounting for 85 per cent of small-business lending. As well as posing risks to financial stability, the high level of concentration restricts competition and choice.”

All three parties are keenly aware that accessing finance is still a huge problem for SMEs. In February, Prime Minister David Cameron unveiled government plans to plug a £1-billion finance gap to help firms grow and to create something similar to Germany’s Mittelstand.

When it is fully up and running, the so-called Help to Grow scheme will choose 500 fast-growing companies each year and enable them to become mid-market players through loans and private funding, which will be issued by the Business Bank.

In its business manifesto, launched at the end of March, Labour pledged to increase competition with at least two new challenger banks on the high street as well as to create a British Investment Bank along with a network of regional banks to boost lending for small businesses to grow.

The Liberal Democrats, meanwhile, want to ensure that the state-owned banks support lending to business, as well as supporting more diversity in the banking system, with a wide range of mutuals, co-operatives, credit unions and peer-to-peer lenders, and lower barriers to market entry for banks.

When it comes to alternative sources of finance, Adam Tavener, co-founder of Alternative Business Funding and chairman of pensionledfunding.com, believes the coalition government has been highly proactive and effective in the area, albeit “rather late in the day”.

The result of this shift can be seen in the Small Business, Enterprise and Employment Act, which received Royal Assent last week.  Key measures contained in it force high street banks to refer SME applicants  they have turned down for finance to platforms designed to signpost them to suitable alternative funders.

“Whoever wins the election, it is vital that this direction of travel is maintained. The inherently dangerous situation caused by consolidation and retrenchment of the big players has been recognised at ministerial level, and they have acted to diversify the sources of finance available to SMEs,” says Mr Tavener.

“A reliance on four main providers of funding to a sector which produces half the nation’s GDP is insanely risky, and thus the initiatives to encourage a thriving SME finance ecosystem and a collaborative approach are both logical and economically prudent.”

Another vital area where SMEs need more support is exporting. Experts are concerned that many SMEs are not trying hard enough, if at all, to break into new growth markets as the eurozone, the UK’s main trading partner, struggles to recover and problems in Greece flare up again, increasing fears that it could leave the European Union.

Sustainable future economic growth will rest on businesses investing and exporting more, not on consumer spending and debt

The CBI, which represents tens of thousands of businesses across the country, says that while the UK’s export performance has improved, it has not matched its ambitions against a tough economic backdrop and argues it is vital for the next government to redouble efforts in its first 100 days in power.

“Sustainable future economic growth will rest on businesses investing and exporting more, not on consumer spending and debt. While the onus is on businesses to be ambitious, the government has an integral role in supporting firms to get into new markets and nurturing industries with the greatest potential,” the CBI says.

“An exports strategy must also address key underlying drivers of export performance, such as increasing aviation capacity, signing free-trade agreements and improving access to finance, particularly for medium-sized businesses. And, given that the impression created about the UK’s openness to migration matters hugely to foreign firms looking to trade with British businesses, a pragmatic position on migration should be seen as integral.”

Tackling late payments and reforming the hugely unpopular business rates system are the other most important issues for SMEs across the country. In terms of what can be done on late payments, the Conservatives say they will force big businesses to be open about payment terms, while Labour has pledged to implement stronger requirements for large firms to report on their record on late payment, including the action they have taken to compensate their suppliers.

On business rates, which are still based on 2008 property valuations, Labour would cut them this year and then freeze them in 2016 for more than 1.5 million business properties. George Osborne, the Chancellor, last month launched a review of the business rates system, with findings due to be released ahead of next year’s Budget.

In his final Budget speech before May’s general election, Mr Osborne, who has been Chancellor since 2010, said the current business rates system has not kept pace with the needs of a modern economy and changes to our town centres, and needs far-reaching reform.

The FSB has also called for the creation of the Small Business Administration (SBA), similar to that in the United States, to act as an anchor for small-business policy across government. This is something that a Labour government would introduce to “co-ordinate work across government to benefit smaller businesses and cut unnecessary regulation”.

John Longworth, director-general of the British Chambers of Commerce, concludes: “The decisions taken during the term of the next Parliament will have a profound impact on our ability to grow businesses here at home and trade across the world.

“For the life of the Parliament and beyond, we need a business plan for Britain – with government across the UK focusing their attention on creating the best possible environment for growth, aspiration and enterprise.” 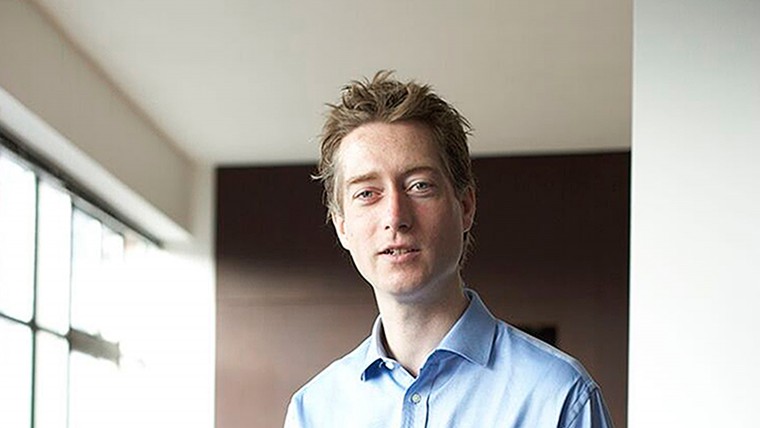 “The EIS is wonderful – it is fantastic for investors. Not enough people know about it and not enough companies use it, which is a real shame.” Steve Lindsey (pictured above) is a first-rate inventor and entrepreneur, but if he wanted to quit and become an ambassador for the government’s Enterprise Investment Scheme, he’d be hired in a second.

Mr Lindsey is a serial EIS user. He’s just closed his fifth funding round for his compressor-blade maker Lontra, three of which have relied on the scheme. “All of our non-execs are now investors,” he says. “They came on board for their technical skills, but found the opportunity and the EIS to be really attractive.”

The EIS offers tax relief for investors. There is income tax relief, capital gains tax exemption and, if the investment loses money, the losses can be offset. “EIS is free from inheritance tax,” adds Mr Lindsey. “A father of one of our board members invested because he was worried about inheritance tax. It’s an extra carrot to attract high-net-worth individuals.”

Lontra is a high-tech superstar, with an eye-catching new design for water and air compressors. The firm is hoping to shake up a £19-billion industry. “We have won grants for R&D,” reports Mr Lindsey. “That is another benefit of the EIS. It can be used for match-funding for grants. You can effectively double your money.”

There are other advantages. “Our EIS investors come with contacts and skills. We’ve found a lot of our investors through word of mouth,” he says. And EIS investors can be friendlier than venture capitalists. “We turned away a few VCs who wanted special shares, with anti-dilution and ratchet clauses. We prefer a fair and flat structure, so all shareholders have the same shares and rights.”

Lontra used the EIS to research and manufacture. It is now raising cash to expand. “Articles like this are so important,” says Mr Lindsey. “So many more businesses should be using the EIS.”