Walking along a row of plush eateries by Granary Square, a recently redeveloped swath of land near London’s King’s Cross station, any casual stroller could easily fail to notice Spiritland. A shiny glass facade with a small, unpretentious red name sign gives almost no clue to the venue’s identity, which is betrayed only by a short display of vinyl records and bits of analogue audio gear in the window.

Inside, the equipment is more impressive. An entire wall of the main café-bar area is occupied by four towering loudspeakers, taller than most diners. On the right, a huge case holding hundreds of records; on the left, a spacious DJ booth with turntables, a custom-built mixer and even a restored reel-to-reel tape deck.

“This is the kind of system you’d never hear unless you were friends with a very wealthy audiophile,” says Paul Noble, Spiritland’s creative director.

With a sound system valued at around £400,000, Spiritland has raised the game for London’s dedicated group of audiophile music fans; it is the latest in a string of venues which have invested heavily in creating deep listening experiences that aim to make enjoying recorded music into a social activity, lashing back against the prevalence of low-quality digital files, iPods and earbuds.

“I think our emotional connection to music has been lost through the degradation of quality and equipment,” Noble says. “Also, the way that we consume music has become like a utility – just another one of your bills at the end of the month,” he continued, referring to subscription-based streaming services, such as Spotify or Apple Music.

Since launching in September, Spiritland has attracted big crowds. Noble and his partners, who originally tested their concept with a pop-up sound system in an east London restaurant, are clearly confident that their substantial investment will pay off. 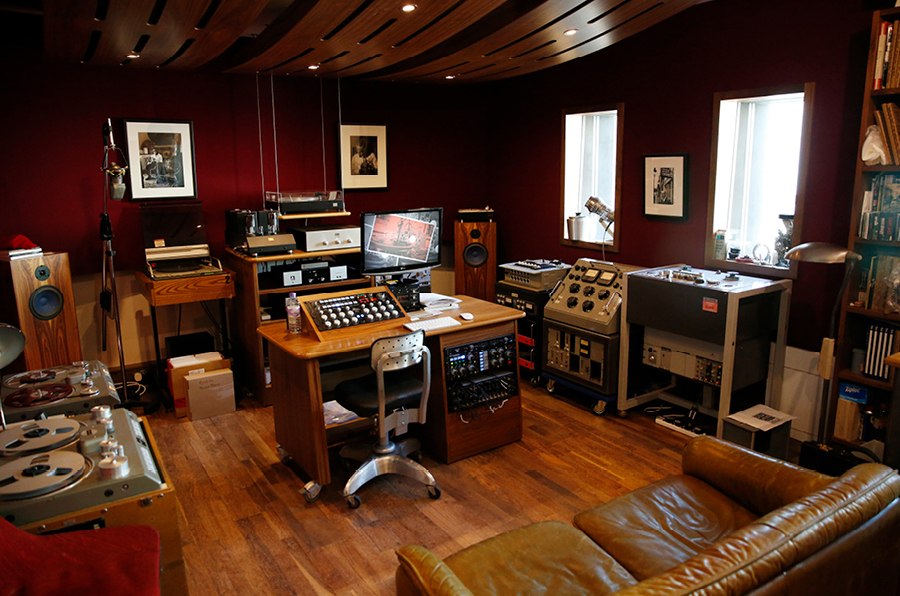 Spiritland is not the first dedicated listening space to open. The Brilliant Corners bar, named after an album by the jazz pianist Thelonious Monk, opened in trendy Dalston in 2013. It features a hi-fi setup built around four large floor-standing speakers by Klipsch, an American audio firm, valued at £5,000 each. It was started by Amit and Aneesh Patel, two brothers who became audiophiles after discovering events run by Lucky Cloud – an itinerant group of DJs and music lovers who have installed their high-grade system in various London locations.

“We went to their parties religiously until we started helping pack up the system,” says Aneesh. “The nights are great, but it’s also quite annoying to take everything down at the end – sometimes you’re not done until 10am – so we started wondering why there wasn’t a permanent venue with that kind of sound system.”

The space also hosts listening sessions which require punters to stay quiet, such as Classic Album Sundays. The event was created by Colleen Murphy, an American DJ who selects a culturally significant record from her vinyl collection to play back every month. Her idea has proved so popular that she now runs spin-off sessions around the world, from Amsterdam to Tokyo.

“People are hearing things they haven’t heard before, experiencing the music in a completely different way,” Murphy said. “Our whole thing is no talking, phones off, to really immerse yourself.”

She learned about the art of sound from David Mancuso, a legendary New York impresario who has been organising intimate dance parties with luxury equipment since 1970, when he hosted one called “Love Saves The Day” at his own home.

Mancuso is a notorious hi-fi perfectionist, rumoured to have driven professional sound technicians to shed tears of despair over his strict demands. Tim Lawrence, the organiser of the Lucky Cloud events in London and author of books that chronicle the history of dance music, says that Mancuso had an epiphany at the Woodstock festival in 1969.

“David saw a whirlpool in a stream, put his ear to it, and heard ‘the complexity of the universe’,” Lawrence says. “And he thought, ‘imagine if I could recreate that level of complexity in a party situation… just how amazing would that party be?’”

Whether it’s a dance party like Lucky Cloud or an immersive sit-down experience like Classic Album Sundays, Mancuso’s philosophy is shaping a new generation of audiophiles who are determined to spread the pleasures of deep listening. Coupled with a marked resurgence in vinyl sales, which hit a 28-year high in Britain in 2016, it seems that the digital revolution – which allowed consumers to easily acquire vast amounts of music at greatly reduced quality – is effectively coming full circle.

Another enterprise which epitomises both of these trends is Gearbox Records, a vinyl-focused label which releases jazz, Americana and experimental electronic music, as well as recording bands with analogue equipment. Label boss Darrel Sheinman also hosts occasional listening parties for a dozen people in his mastering studio, which is decked out with vintage tape recorders and mixing desks. Gearbox launched in 2009 as a hobby business, but rapidly improving turnover enabled Sheinman to hire support staff and go full-time himself in 2012.

When potential clients ask about the benefits of analogue recording over digital, Sheinman invites them to the studio for a demonstration. “This is not the kind of grungy, dirty sound a lot of people expect from analogue – it’s a big, open sound stage. The sound is wobbling around you in very complex ways,” he explains.

“We’re not quite sure why, but we know it is happening, and digital proponents have to agree – because you can’t disagree. It’s quite amazing. 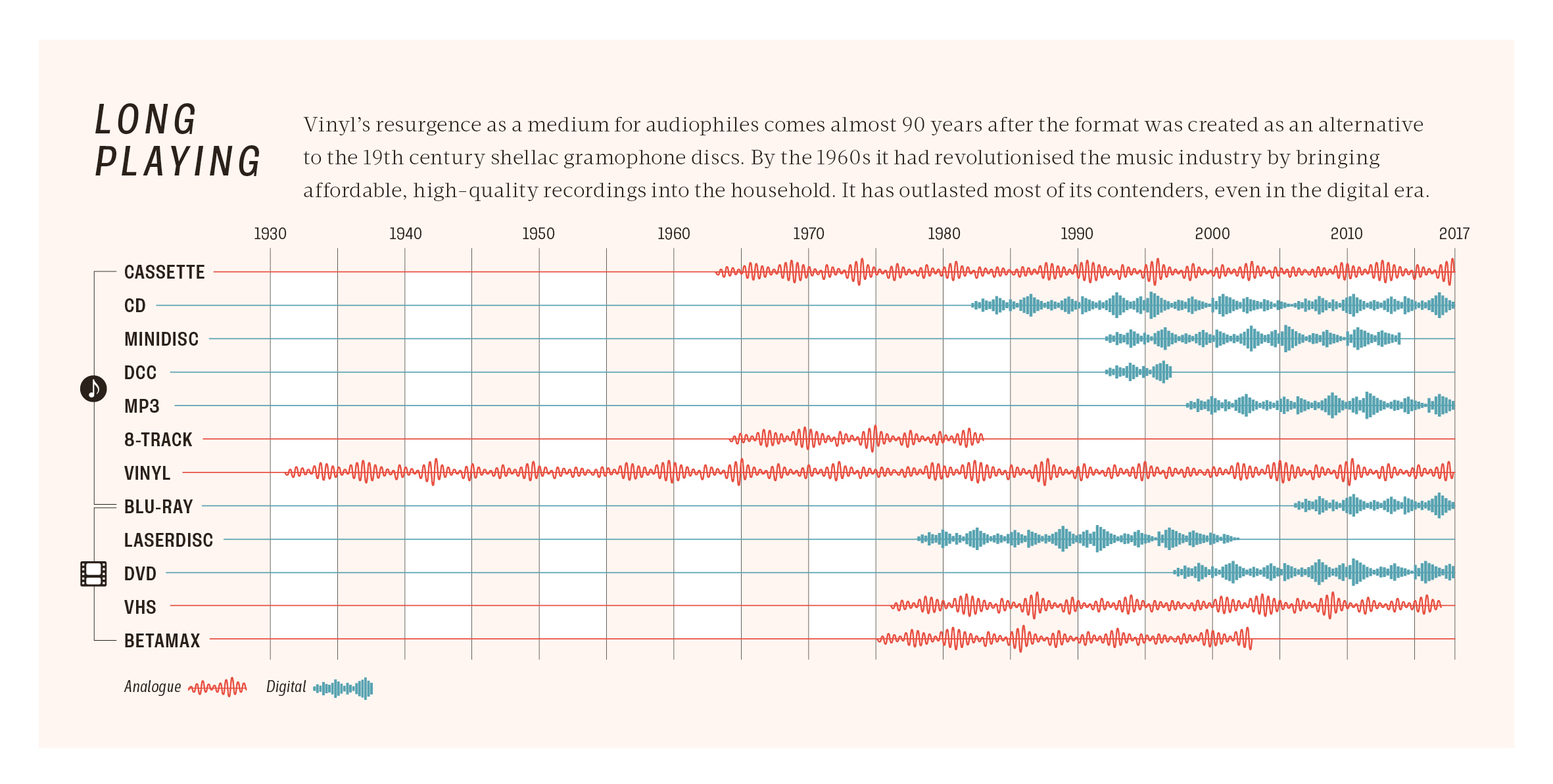