Despite some relaxation in membership rules, women are leaving golf clubs at an alarming rate and future growth in the ladies’ game looks uncertain, as Colin Callendar reports

This month the Royal and Ancient Golf Club of St Andrews broke with 260 years of tradition when it voted to allow women members for the first time.

It was an enlightened move by the club and it might have important ramifications for women’s golf in Britain and Ireland at a time when it is struggling like never before.

One of the first people to applaud the R&A for its decision was Sport and Equalities Minister Helen Grant, who went on to urge other single-sex clubs to do the same.

“I am pleased the members of the Royal and Ancient Golf Club of St Andrews have voted in favour of admitting women members,” says Ms Grant. “This is positive news for the sport and I hope we will now see other golf clubs that still have outdated same-sex policies follow suit.

“With golf in the next Olympics, there is a huge opportunity for the sport to grow and this sends out the right inclusive message.”

About 300 yards up The Scores from the R&A’s iconic clubhouse, Shona Malcolm, chief executive of the Ladies’ Golf Union, was equally pleased about the decision, but also realistic enough to realise it would not solve the plethora of problems facing the women’s game.

“It [the vote] is good because it will give the outside world a better perception of the game, but it is not a solution for the fundamental problems we face,” she says. “That will require much more decisive action on our part and that of the other governing bodies.”

Ms Malcolm presides over an organisation that continues to lose members on an annual basis. In 2005 its membership stood at 215,000, but it has since dropped to under 150,000 and that number is likely to fall even further as more and more women opt out of club membership. 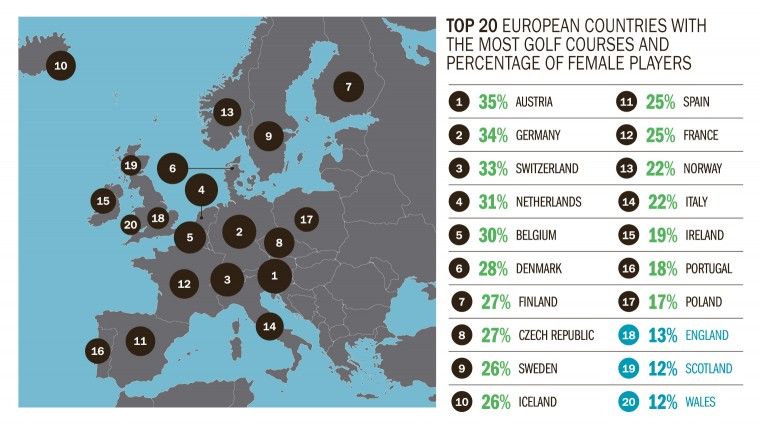 Male club membership across Britain and Ireland is also dwindling, but not as fast as women’s and the situation is such that in all four of the home countries male golf club members now outnumber women members by as much as six to one. The comparable figure in the majority of Continental countries is closer to two to one.

There is no doubt rising subscriptions have been an important factor in the drop in women’s club membership and it is ironic the Equality Act 2010 has exacerbated the situation by forcing clubs to make women pay the same fees as men.

“Cost is certainly a factor, but it is by no means the only one,” says Ms Malcolm. “In fact, I would argue it has as much to do with demographic change as anything else.

“In the old days, you used to join a golf club as a girl and then remain a member for life, but that is no longer the case. Times have changed. More women now go to university and embark on full-time careers. Life is faster than it used to be. Time with the family has become much more precious and all that means women are more likely to play on a more ad hoc basis, if they play at all.”

Ms Malcolm believes all the game’s governing bodies must work much more closely together if they are to find solutions to this problem. This is a view shared by former Swedish tour player Eva-Lotta Sternmarker, who is now a development officer for the Ladies’ European Tour and project director for the biennial Ping Junior Solheim Cup.

“There are a lot of people who seem to think that one of the biggest strengths of the women’s amateur game in Europe is that it’s more of a family game than it is in Britain,” she says.

“That is true up to a point in some countries, but it is not the most significant difference as far as I’m concerned. I deal regularly with amateur bodies in both Britain and on the Continent, and I know the European federations find it much easier to sit down and be creative because they don’t have anyone else to answer to.

“That’s not the case in Britain. It is the home of golf, but it is precisely because the game is hundreds of years old that there are a lot of different governing bodies. I know they all want to work together for the good of the game, but that’s not always easy when vested interests are involved.”

A degree of amalgamation started when the English Golf Union and the English Ladies’ Golf Association merged, but much more of the same is required if Britain and Ireland is to mirror the European model, and there will also have to be significant changes at grass-roots level if real progress is to be made.

There is a general feeling that golf clubs will have to move with the times if they are to halt the exodus and attract new women members.

“We visit a lot of clubs around the country and it is clear a good deal needs to change if they are going to attract an influx of new lady members,” says Niall Flanagan, managing director at Club Inc., a leading advisory service for golf clubs and other organisations within the industry.

“I think the problem is that most clubs are too set in their ways and those ways do not necessarily appeal to women who do not come from a golfing background. What clubs need to do is to break down the existing rules so that newcomers feel more relaxed and not out of place.

“The fact is ladies have a finite amount of time to relax and enjoy themselves so golf clubs have to compete against other lifestyle venues, such as other sports facilities, health clubs and coffee bars. I’m afraid that is not going to happen the way many golf clubs are run at present.”