Machines connected to the internet and “talking” to each other is a seismic development which promises to open up lucrative revenue streams, but adoption remains low

It is estimated that the internet of things (IoT) represents a total of $14.4 trillion in value to companies and industries across the globe over the next decade. It’s thought that by using sensors to connect all the physical things around us to the internet, a whole new pile of data will be made available to analyse, identify efficiencies and create new revenue streams.

For example, a manufacturer may suffer tens of thousands of pounds in losses every time they experience some downtime or if there is a fault with their machinery. Now imagine that same manufacturer could equip all of their machines and assets with sensors connected to the internet, which spoke to one another and monitored the factory’s performance on a real-time basis. This may allow the company to not only be alerted when the machines are down and where the problems lie, but it may even be able to predict an issue before it happens.

Or suppose you’re a company that traditionally sells printers to large businesses. Typically you would spend two to three years developing a new product, putting it into production, distributing it to resellers and hopefully making a profit from those sales.

Once that product is on the market, you move on to developing the next one. But what if you could equip your printers with sensors that constantly delivered you information on their performance and informed you of their use in real-time? This could then allow that printing business to create a whole new division that sold “printing as a service”, which charges customers for their actual use, delivers alerts when things go wrong and provides on-site maintenance. 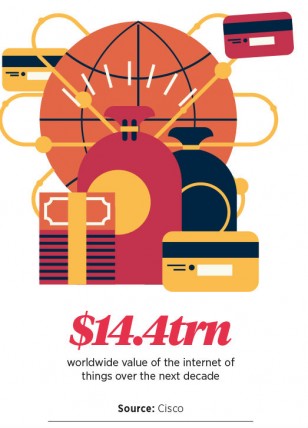 There are endless possibilities and it has been estimated that by 2025 the companies which have rolled out best-in-class IoT deployments will be up to 10 per cent more profitable than the laggards. There is an obvious opportunity for companies to be developing IoT strategies and allocating resources for projects.

And the potential has permeated the C-Suite with executives wanting to know how they can take advantage of their own connected network of “things”. Andy Stanford-Clark, a master inventor and one of the leads of IBM’s IoT division, says he hasn’t seen businesses get this excited about a technology since the internet first started to develop.

“We are seeing huge interest from almost every industry you could name, asking what is IoT and how does it relate to us? I often make the analogy when 20 years ago, and the internet was young, and people had a feeling that this was going to be big and important, but they weren’t quite sure how yet,” he says.

“They weren’t quite sure what it meant to their industry, but they didn’t want to be left behind. Roll forward 20 years and everyone has heard of IoT, but a lot of people aren’t quite sure what it is. They know in their heart that it’s going to be important, but they don’t know what it means to their industry and they don’t want to be left behind.”

Despite this excitement and despite all the noise about billions of connected devices and huge benefits to the bottom line, adoption is still low. According to a recent report by Accenture, which surveyed 1,400 global business leaders, 736 of whom were chief executives, only 7 per cent had developed a comprehensive strategy with investments to match.

People want to connect every possible thing in sight, but putting the technology together and making it work is a challenge

And part of this is down to the level of maturity in the technology stack, where vendors are still themselves figuring out what role they play in the market and how they can develop kit, at pace, which allows customers to take advantage of IoT.

Ben Salama, head of Accenture’s industrial IoT division, says that while the technology required to roll out an IoT deployment is currently on sale in the market, the challenge for companies lies in knitting all of these distinct pieces together in a cohesive stack that makes sense for each use case.

“The complexity is in the creation of the end-to-end solution. Can you go out and buy a huge number of industrial quality sensors? Yes. Can you connect those sensors to the internet? Yes. Can you extract data from them? Yes. Can you store data in the cloud? Yes. Can you report against it, build dashboards, run analytics? Yes,” says Mr Salama.

“At each step the technology exists. The complexity lies in pulling that together end-to-end. And it’s not helped by the huge hype that is out there around IoT. People want to connect every possible thing in sight, but putting the technology together and making it work is a challenge.”

Equally, O2’s digital director David Plumb argues that vendors are currently developing technologies and systems in silos while they figure out their position in the IoT market. In recent years we have seen a huge number of vendors, both enterprise providers and smaller startups, create their own unique hardware and software platforms in an attempt to gain market share early on. But it is when all these systems can talk to each other, according to Mr Plumb, that we will see IoT truly take off.

“Some of the technology is relatively new, so it takes time to mature and people are taking some level of risk,” he says. “But at the same time you need interoperable standards. So if Apple kits are doing one thing and Google’s are doing another, and another vendor is also over there doing its own thing, and these ‘things’ aren’t talking to each other, that’s a problem. The standards need to evolve so that we have interoperability. Unless this happens you can’t make those leaps in improvement.”

However, despite these challenges, given that the research suggests the companies which get ahead of the curve and figure out what IoT means to them will be the ones making bigger profits, there is an incentive to get a business case together and secure funding for IoT.

IBM’s Mr Stanford-Clark suggests that the best way to get going with IoT and the best strategy for getting buy-in from the wider business is to start small, prove the project’s worth and then scale up. He argues that this is a better approach than going all-in with a huge investment that has the potential to fail and consequently limit future possibilities.

“The first thing to do is have an IoT strategy. Where do you want to go? Where are the places it can add most value? Rather than doing IoT for the sake of it, figure out where it is going to bring the most value to your customers or the services you offer,” he says.

“But start small, start with a pilot project, to first of all get people’s heads around what the art of the possible is for IoT. Get the first thing up and running cheap and cheerfully, then show it to people, get customer feedback, see what people think. Be very agile in the way you iterate on the design to come up with a solution that solves a problem. When you hit that sweet spot, roll it out on a wider basis.”

Macario Namie, vice president of strategy at Jasper, an IoT platform company valued at $1 billion, agrees. He says most companies that begin an IoT deployment are doing it to drive efficiencies in their business by, for example, the smarter monitoring of their assets. However, once they have achieved this, those companies also then start to look at how they can use all their IoT data to start offering new services to customers, in turn creating new revenue streams.

Mr Namie says because of this it is best to start on a small scale, as the transition from offering products to offering wrap-around services is a huge cultural shift for any business.

“Where we sit in Silicon Valley, there’s a culture of starting small, getting out into market quickly and then iterating fast. We generally advise that. Most companies that have been in the business of selling products, physical products in particular, often don’t realise that the shift to selling a service is a pretty radical one. It’s a very different business and most companies don’t appreciate how different it can be,” he says.

“The expectations of the customer are very different and the product manufacturer now has a responsibility as a service provider – they have to manage the service experience constantly and it’s a dynamic environment.

“We advise companies that are new to this to get something out in market on a much more manageable scale and learn – learn quickly. Start with one market, one product line. Understand the nuances, then expand it to other geographies and product lines.” 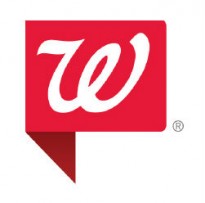 Retailers rely on multiple systems to make up their store experiences, all of which use power. Alongside direct electricity used to power items in-store, energy can be used by systems such as air conditioning, water, heating, lighting and refrigeration. Getting a full picture of how much power is used by each of these networks can be difficult without accurate sensor data.

US retailer Walgreens implemented an internet of things solution with supplier Riptide IO to collect data from the networks that were in place across 5,000 locations. By collecting data from each store environment, the retailer gets a better picture of energy consumption within each one, as well as being able to use analytics to compare stores against each other.

The sensor data is stored within a NoSQL database cluster from DataStax. Based on the combination of sensor data and analytics, the implementation is estimated to have saved the firm around $14 million on its power bills in the first year.

The $60-billion US rail freight industry is using Splunk software to capture a variety of sensor data right off the rails which is being analysed in real time. By listening to the remote sensors installed on each freight train, New York Air Brake, a manufacturer of air brake and train control systems, can analyse train performance and fuel efficiency, while ensuring that trains are running to time.

Insights from this data allow New York Air Brake to make informed and critically safe decisions. This might range from warning a driver to back off the throttle 5 per cent to increase fuel efficiency or alerting an engineer that gravitational forces threaten to create a dangerous situation a few miles down the track.

Using Splunk to analyse sensor data from thousands of trains has allowed New York Air Brake to save the US rail industry $1 billion in fuel costs, equating to 250 million acres of forestry in carbon dioxide emissions.

Cosworth manufactures low-volume, high-value engines and parts for some of the world’s premium automotive brands, such as McLaren. The company has created an intelligent manufacturing process using sensor data, automated robots and smart simulations.

It has networked all its machines so they can “talk” to each other and recognise the products loaded in them, allowing the machinery to download the appropriate instructions and request the necessary tools for production. The production line then doesn’t have to focus on building one engine for one customer before moving on to the next; it can work on multiple products at the same time, maximising efficiency.

This is to be enhanced through Cosworth’s collaboration with smart systems provider Flexeye and Cranfield University, who are to create simulations to model the behaviour of the production line and define the optimal route for a particular product to take. With every product, machine, robot and tool connected to the network, Cosworth will be able to validate suggestions made by the simulations in real time.