In 1976 few things seemed more likely than a future with supersonic airliners. That’s the year Concorde first flew commercially. The jet could cruise at more than two times the speed of sound and was said to be the beginning of aviation’s second wave, fundamentally changing how travellers would move around the planet. Just six years earlier American manufacturer Boeing rolled out its venerable 747, a subsonic jet that was also hailed by many as the future of air travel.

The two aeroplanes, birthed just years from one and other, represented very different bets on the future of flight. One was a wager on speed – the inside of Concorde was surprisingly cramped – and the other, extreme passenger comfort and size – think piano lounges, wide seats and plenty of space to stretch out for the long haul. In the end the subsonic bet paid off and today’s jets, while markedly more advanced, are still iterations of those like the 747 built nearly half a century ago.

Getting past the ‘boom’

Simply put, Concorde couldn’t beat the noise generated while harnessing its renowned speed. At supersonic speeds the jet produced a loud and eardrum-threatening sonic boom. Such booms over land were banned by many governments in the 1970s, which meant Concorde could only be fully utilised over open water.

“If you can’t get past the boom, then the rest doesn’t matter when it comes to commercial transport flying supersonic over land,” says Rich Wahls, senior technical adviser for Nasa’s Advanced Air Vehicles Programme. Add to that the high cost of operations, as well as a deadly crash, and there wasn’t an airline willing to keep the jet in the sky.

Teams at Nasa have spent decades trying to get supersonic technology past the boom, the rocket-worthy fuel costs and the CO2 emissions. In late-February the agency announced the Quiet Supersonic Technology programme in partnership with Lockheed Martin that would build a demonstration aircraft incorporating Mr Wahls’ research on reducing the sonic boom. 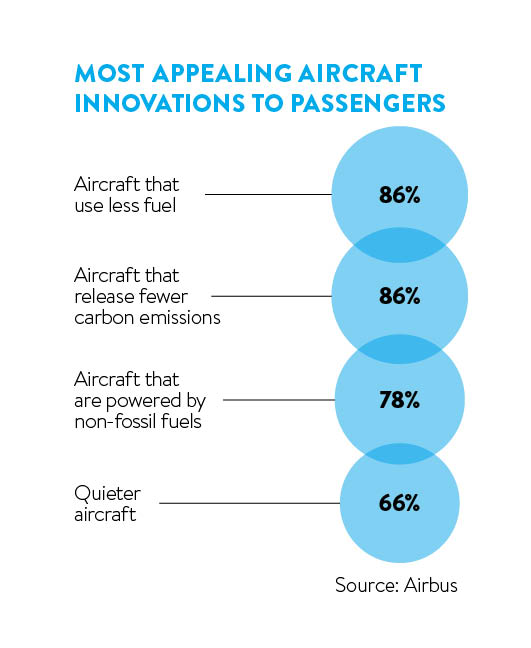 “This demonstrator is very specifically targeted at producing a low boom and showing that we have the tools to make a design that will be quiet,” says Mr Wahls. Some of his colleagues are even keen to see the less menacing term “thump” replace “boom” when the jet is slated to begin test flight in 2020.

If the noise tests are successful – and the boom is in fact a thump – we are likely see an all-new, sound-legal supersonic passenger jet in the near term. Add to this multiple privately and publicly funded supersonic projects studying the potential for alternative propulsion system such as hybrid or electric engines, and supersonic transport as a second-wave aviation proposition starts to have real potential.

As for getting airlines interested, Frantz Yvelin, founder and chief executive of boutique transatlantic airline La Compagnie, has a few thoughts. “If we could imagine a plane capable of carrying at least 100 passengers, in a full business class configuration, having at least a 4,000 to 4,500 nautical mile range, burning no more than three-and-a-half tons of fuel per hour, while being able to reach and keep a speed one-and-half-times the speed of sound, solving the issue of the sonic boom, and keeping maintenance costs similar to a Boeing 737 or an Airbus A320, there will undoubtedly be a strong interest,” he says.

In the aviation world, that’s a sky-high, but expected, order. La Compagnie’s disruptive, all-business class product from New York to Paris and London would surely benefit from a quiet, cost-effective supersonic option for its fleet.

But how these aircrafts actually move themselves cleanly, quietly and swiftly through the sky is just one part of the equation. Inside aeroplanes you’ve undoubtedly noticed that things have become a bit more cramped and that a true luxury might actually be getting to your destination as fast as possible. Unless, of course, you’re sitting in a premium cabin where showers, private suites, on-board chefs and full cocktail lounges are finding their way aloft.

For those left to fight over the scraps in the aft, there is a long line at the loo or a screaming, sleep-averse toddler at the bulkhead. Fortunately Boeing just announced a lavatory that cleans itself with UV light. Still, there doesn’t seem to be an easy remedy for those cranky toddlers.

The point is, as more of us get packed into these spaces, it only gets increasingly uncomfortable. And airlines don’t seem too concerned about the disappearance of leg-room. After all, less leg-room means more seats to sell. This presents some interesting challenges for innovation when it comes to the interiors of passenger planes and it will surely be central to conversations at April’s Aircraft Interiors Expo in Hamburg.

At last year’s expo many of the cabin enhancements on display went beyond the physical. Piggybacking on the three-year European Commission-funded virtual reality in aviation project, VR-HYPERSPACE, many discussions at the 2015 event focused on how you might distract a passenger close to his or her limit in terms of tolerating space or a lack thereof.

According to some of the leading in-flight entertainment companies, a cramped flier could slip on a virtual reality headset and suddenly be “sitting” in first class. Or be transported to a digital beach, replete with sand, sun and the soothing sound of waves, all but forgetting about being jammed like cattle in the back of a wide-body jet. But many wonder if this is true innovation. After all, there was a time when sitting in your seat and taking in what was actually around you was inspiring, if not downright magical.

If virtual reality indeed becomes an acceptable way to distract the flier, that might leave aircraft interiors to become highly efficient, lightweight and less than human. This is certainly a possibility if the value engineering trends associated with lighter seats, tighter cabins and fire-retardant materials continue.

Some industry thought leaders, such as aircraft interiors specialist Paul Wylde, take a more civilised approach when it comes to finding new ways to make the on-board experience more efficient and humane.

“The key may well be in profoundly important developments in the ‘micro’ and unlocking the power of bespoke, intimate and localised experiences,” says Mr Wylde, founder of paulwylde, an aircraft interiors consultancy that has worked with Air Canada, Hawaiian Airlines and British Airways. “These can be activated through enhanced connectivity, intelligent devices, sensors, the capturing and meaningful application of relevant data, and using new technologies to improve person-to-person customer service. The sum total being to individually customise personal spaces in a way not yet seen.”

Mr Wylde argues that interior enhancements like these will become even more critical as demographics shift and more elderly fliers take to the skies. “Airlines should build the needs of all passengers – you and older – into their values, mission and R&D strategies,” he says.

Some might say it’s sad if slower jets with shrinking cabin space are the winners in the commercial aviation race. But it also seems a valuable lesson. Patience with the speed of your flight or simply the elderly person holding up the aisle may be the only way forward. Regardless, all bets are on the promise that a second wave of aviation will one day get us there faster and more efficiently, distracted or not. 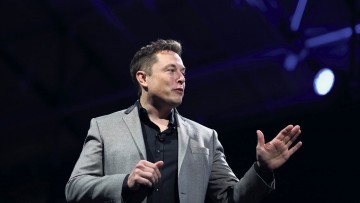 Tesla Motors and SpaceX chief executive Elon Musk (pictured) is yet again provoking the aerospace industry. In February he told an audience at Texas A&M University about his thoughts on a vertical take-off and landing (VTOL) electric jet concept. While he was mum on specifics, he said: “I’m quite tempted to do something about it.” This certainly turned the heads of people who wonder when we might see a passenger aircraft that has little need for runways.

A VTOL has been in the sights of a few aerospace firms for some time. Makers such as Boeing and Bell Helicopter have teamed up to build military aircraft like the V-22 Osprey. The vehicle can take off and land vertically, and fly like a conventional aeroplane. Still, while performing well now for the military, they had a tough introduction a decade ago with many reliability issues and some fatal crashes.

Many industry watchers think it will be some time before any such technology is applied to the commercial aviation sector, especially if the propulsion is to be electric.

If the technology were to take flight it would herald a new age in commercial aviation. Eliminating the need for costly and space-hogging runways will render many airports obsolete or simply allow passengers to hop on a flight at places akin to a heliport. And quieter, electric propulsion would mean getting around noise restrictions at major global cities. Needless to say, Mr Musk is not likely to be investing in airports anytime soon.