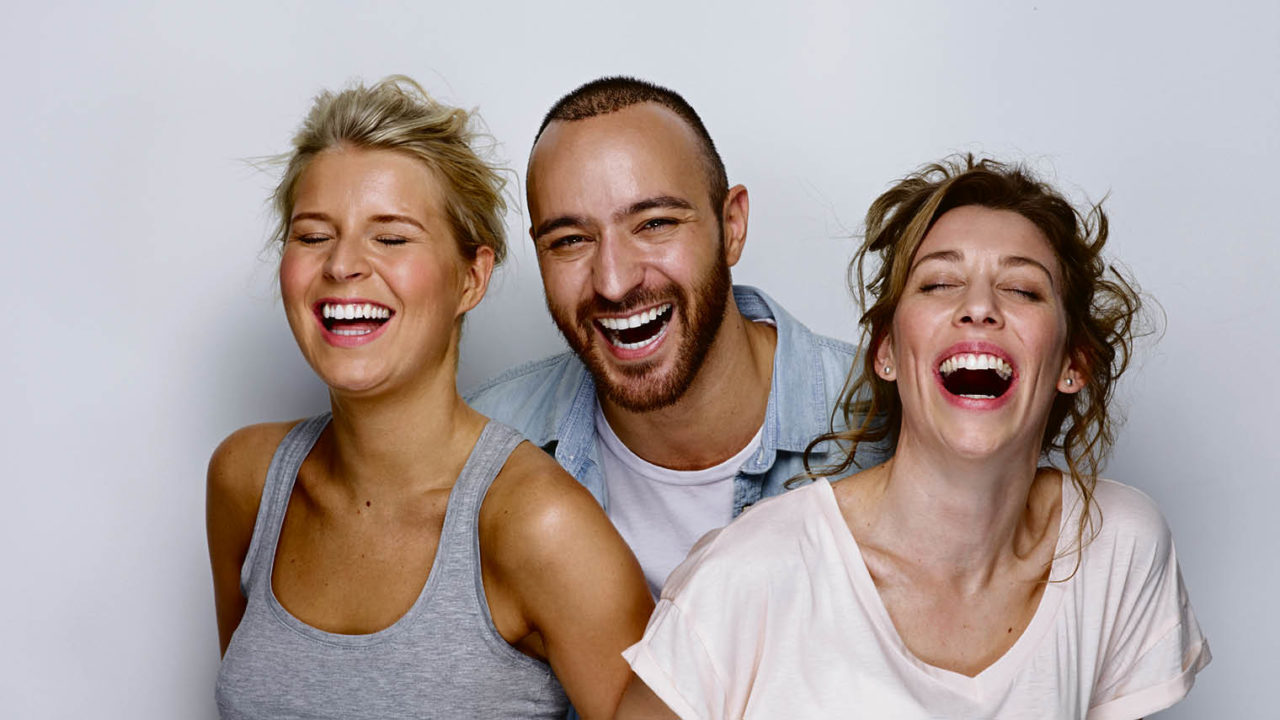 The global success of Invisalign treatment, which uses clear polymer teeth aligners instead of the traditional brackets and wires of braces, has put Align Technology at the forefront of orthodontic innovation.

Its latest leading-edge developments, added to an impressive track record, will help patients combat severe teeth misalignment, including deep bite teeth formations that can cause discomfort and embarrassment.

A recent survey, conducted by Align Technology for National Smile Month in conjunction with the Oral Health Foundation*, has shown that nearly 40 per cent of us worry about the appearance of our mouth at least once a month and, due to concerns over the appearance of our teeth, 45 per cent experience low confidence and 70 per cent never smile in photographs.

Invisalign aligners replace the wires and braces, which can feel awkward and look unsightly, with a thin plastic aligner that is virtually invisible

The company’s successful approach works on established biomechanical principles, but its clear, custom-made aligners allow patients to correct their teeth discreetly and with an ease that makes maintaining their usual daily life and oral hygiene routine easy.

“Invisalign aligners have revolutionised dentistry. They replace the wires and braces, which can feel awkward and look unsightly, with a thin plastic aligner that is virtually invisible,” says Dr Raman Aulakh, an orthodontic specialist. “Many people are deeply unhappy with their crooked teeth, but are put off having them straightened because they do not want to wear braces in public view.

“The Invisalign system is proven to work by straightening teeth and restoring confidence, and its range has recently been extended to correct complex teeth malformations such as deep bite.”

Invisalign treatment has been growing in popularity since its launch in 1999 and its reach has spread around the world. Its use of digital scanning, computer modelling and 3D printing enables it to produce customised teeth aligners that steadily move the teeth into place over the period prescribed to each patient, which usually ranges from nine to eighteen months.

Patients receive bespoke sets of clear polymer aligners that are slipped over teeth to provide the necessary traction to realign the teeth. The aligners are changed incrementally every two weeks to reform the teeth gradually and permanently thanks to long-term retention. Unlike fixed braces, the aligners are removed for eating and for cleaning the teeth.

The before and after results are often impressive, and have attracted clients from all walks of life who are keen to have a confident smile. These include Olympic cyclists Laura Trott and Jason Kenny, both gold medallists at London 2012 and Rio 2016 who are able to wear their Invisalign aligners during their intense training schedules. Laura and Jason are official Invisalign ambassadors whose treatment has been sponsored by Invisalign.

“When we saw pictures of ourselves participating in events, we realised how important it is to look after your teeth. We set ourselves a goal of improving both our smiles. We decided to have Invisalign treatment because it was really important that the treatment did not impinge on our training or racing performance,” says world and Olympic champion Jason.

“While riding we obviously breathe extremely heavily and we also drink a lot of water. Invisalign meant we could do both these things comfortably while still wearing aligners. We were also keen that Invisalign didn’t rub on our cheeks – as a child Laura had had fixed braces and had experienced cheek-rubbing discomfort – and obviously this can be a huge distraction.”

The golden couple, who are due to marry this year, were awarded OBEs for their athletic excellence and their work encouraging youngsters into sport, believe Invisalign fitted in perfectly with their positive mental approach to sport and life.

Actress Georgia May Foote, a finalist in BBC TV’s Strictly Come Dancing and an official Invisalign ambassador, whose treatment has been sponsored by Invisalign, has just won the prestigious role of Holly Golightly in the acclaimed stage version of Breakfast at Tiffany’s and she will be performing the demanding role while wearing Invisalign aligners. The 25-year-old former Coronation Street star will sing, dance and act throughout its UK tour with the audience unaware that she is in orthodontic treatment.

Dr Rhona Eskander, a London-based Invisalign provider, comments: “The effect that a beautiful, bright and healthy smile can have on your personality and increased self-confidence cannot be overestimated.”
The process is simple and efficient with the most well-equipped dentists performing a quick digital scan of the mouth using a hand-held scanner. Chair-side screens then display the anomalies to the patients and, using the images and jaw and teeth measurements, a digital prediction of the preferred outcome of treatment can be displayed.

The aligners are tailor made for each patient to a defined clinical treatment plan, approved by their dentists, that takes into account the jaw’s physiology so that the facial rejuvenation synchronises with a natural look and feel.

The opportunity to be part of the process appealed to Olympian Laura Trott, who adds: “I think it is a real bonus to be able to see what my teeth would look like at the end of my treatment and be able to give my opinion about the look I wanted to achieve before I start”.

Straighter, more attractive teeth can have a huge health as well as psychological benefit as oral hygiene becomes much easier without tight and twisted teeth. Dental therapist Melonie Prebble, of Abbey Road Dental, in London, says: “Plaque can accumulate and stagnate in tighter, overcrowded mouths. Aligned teeth make the task of dental hygiene easier as it’s simpler to clean teeth.”

For more information about your nearest Invisalign provider and a chance to book an appointment online for a consultation to assess if you are suitable for treatment, please visit www.invisalign.co.uk