Investment strategies for your pension

In many cases the description “income drawdown” will be a complete misnomer when mass-market drawdown plans will be widely used as a means of taking cash from pension plans over multiple tax years to avoid penalties. As a result, most new drawdown plans make no attempt to focus on generating income from the investments and pay only lip service to the concept of a diversified retirement portfolio based on the individual member’s risk appetite.

“A major challenge in designing solutions is guessing what the long-term trends will be in how people use their pension pots – most of the figures we see just now are dominated by the early dash for cash,” says Robert Cochran, corporate pensions relationship specialist at Scottish Widows. “We saw 80 per cent of those accessing their benefits in the early days taking cash, but a couple of months in, it has dropped to less than half – we need to see how the ‘post-freedoms’ norm develops before we can make firm conclusions about behaviours.”

Some investors will be using income drawdown plans in the traditional way and for them the central conundrum is not too much exposure to volatility yet enough risk-taking to generate growth to support their future income.

However, the new freedoms were introduced so quickly that many providers simply repurposed existing funds to launch products swiftly to gain market share. In an ideal world, the asset mix would be determined by adequacy, sustainability and behavioural attitudes, modelled for each individual, but these drawdown products have little margin for individual tailoring and tactical strategies or even regular reviews of asset allocation.

Many product providers have repurposed absolute return, diversified growth funds and other multi-asset funds to try to achieve the best of both worlds as these funds use diversification across multiple asset classes, overlaid with tactical strategies, in an attempt to deliver equity-like returns for bond-like volatility.

Many such funds use factor-based investing techniques and derivatives. At their simplest, for example, they might gain exposure to value stocks, by going long cheap stocks and short expensive stocks, based on metrics such as price-to-book ratios. The factor-based element will typically account for 20 to 25 per cent of a fund’s performance over time, while 75 to 80 per cent will be from traditional asset classes. Some of these funds, such as the £26-billion Standard Life Global Absolute Return Strategies (GARS) Fund, will run around 30 strategies concurrently and may be hard for investors to understand.

The real problem, however, is these types of strategy require skill and not all absolute return funds and diversified growth funds are meeting their objectives. Recent market turbulence has left the majority in negative territory over the past six months.

People will move into drawdown at retirement, and switch to an annuity at age 85 when they no longer wish to manage their own finances and running out of cash becomes a real risk

“The overall return record of these funds is poor,” says Barry Norris, founding partner of Argonaut Capital. “Our analysis of the Investment Association targeted absolute return sector found only three funds had a negative correlation to the European stock market and over half of the funds in the sector had a correlation of more than 0.5 with the European stock market, which suggests limited diversification benefits. Investors must take a closer look at this heterogeneous sector to identify funds that truly offer diversification, as well as still providing value for money.”

Furthermore, although many life offices are steering clients into diversified growth funds, they may not be optimal as they are designed for growth and the retired investor will require a greater emphasis on different assets, gilts for instance, rather than exotic emerging market instruments.

Most experts predict a common pattern in future will be for people to move into drawdown at retirement, and to switch to an annuity at age 85 when they no longer wish to manage their own finances and running out of cash becomes a real risk. NEST, the quasi-government provider, is working on a solution based on this model.

Meanwhile, the pensions industry has also been slow to come up with solutions to address other investor needs under the more flexible regime. The few new launches have been fixed-term annuities, so while they suffer some of the costing problems of traditional annuities, such as low interest rates, they do not have to shoulder the significant cost of paying out if the annuitant lives to a ripe old age.

For example, Legal & General offers two products for investors who want to withdraw their pension cash over a number of tax years. Its Fixed-Term Retirement Plan converts a portion of an individual’s pension pot into regular payments over a selected period, returning an agreed lump sum at the end of the fixed term. A second product, the Cash-Out Retirement Plan, pays a guaranteed income for a certain period for those who do not want their income to fall. For example, investors might use a smaller pension pot to pay into the plan to bridge the gap before they can access an alternative source of income, such as a final salary pension, or to defer receipt of the state pension to boost the level of income it pays.

The current system presents three big risks for retirees as they move out of active membership of a pension scheme. The first problem is that most people going into a drawdown plan have to sell up, take the cash and then buy another fund which involves heavy transaction costs.

The government had hoped that employers might offer their own drawdown schemes, allowing employees to carry some of their assets seamlessly into drawdown without the need to sell and repurchase them. However, this would be an extraordinary amount of work and responsibility for employers and most are keen to sever the tie when employees retire. 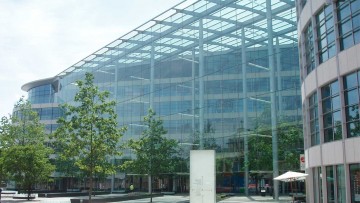 A few advisers, such as Mercer, are offering their master trust members the opportunity to move from in-scheme to a post-scheme solution without churning their assets, but arguably it should also be possible outside the master trust framework.

Selling assets at this juncture involves the risk of being out of the market for several days. Some large employers are negotiating with providers to cover members from any losses sustained in this way, but only a minority can wield this level of clout. Both these problems are amplified because they occur when the fund is at its largest.

Providers could also do more by way of risk management to counter “sequencing risk”, the danger that unfavourable investment returns in the years just after retirement will shrink the fund, with a devastating impact on future income.

For most people the move to drawdown will mean a switch from a low-cost institutional environment to one with retail-style pricing, typically a move from charges of less than 0.1 per cent to 0.6 to 0.7 per cent.

“This situation is creating a pension apartheid where those who have the wealth to do it properly are at a big advantage to those who don’t have the same support around them when the risks and dangers appear,” says Brian Henderson, UK defined contribution and savings leader at Mercer.