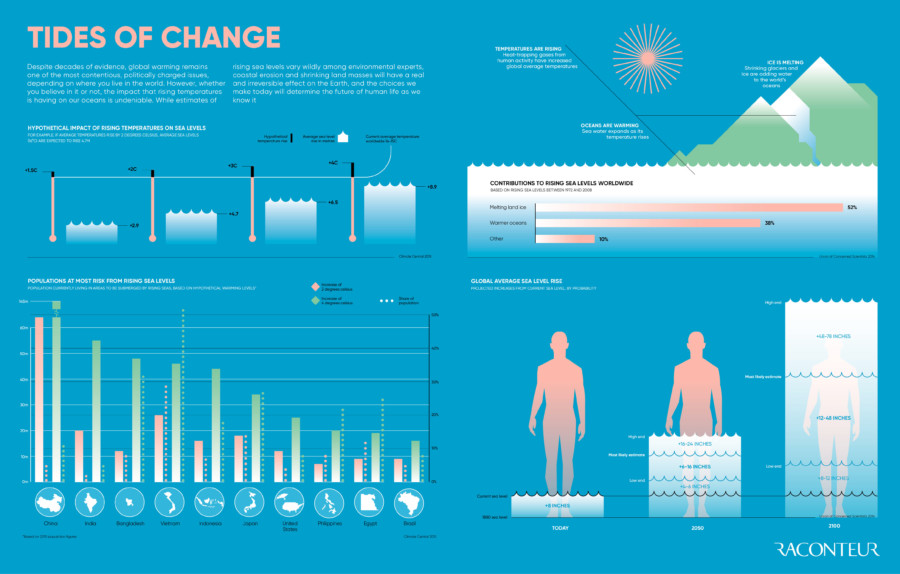 Despite decades of evidence, global warming remains one of the most contentious, politically charged issues, depending on where you live in the world. However, whether you believe in it or not, the impact that rising temperatures is having on our oceans is undeniable. While estimates of rising sea levels vary wildly among environmental experts, coastal erosion and shrinking land masses will have a real and irreversible effect on the Earth, and the choices we make today will determine the future of human life as we know it