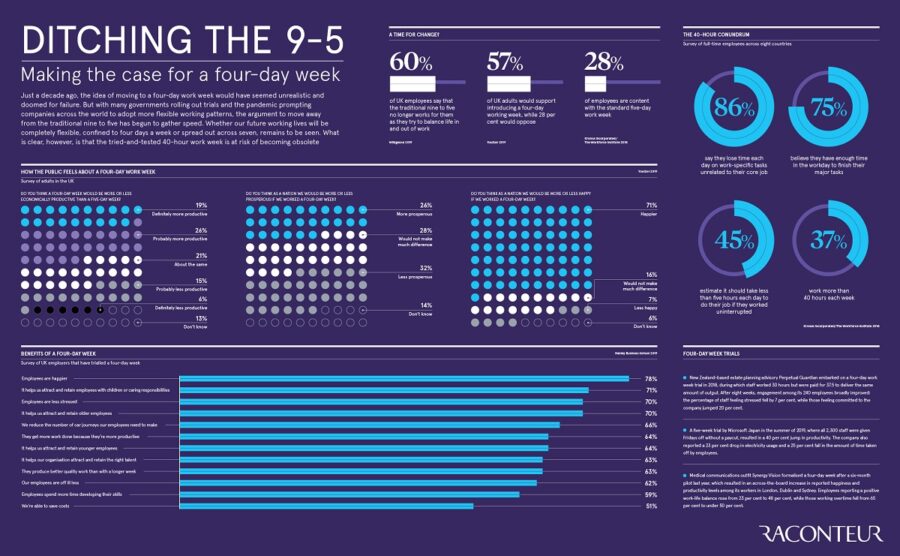 Just a decade ago, the idea of moving to a four-day work week would have seemed unrealistic and doomed for failure. But with many governments rolling out trials and the pandemic prompting companies across the world to adopt more flexible working patterns, the argument to move away from the traditional nine to five has begun to gather speed. Whether our future working lives will be completely flexible, confined to four days a week or spread out across seven, remains to be seen. What is clear, however, is that the tried-and-tested 40-hour work week is at risk of becoming obsolete