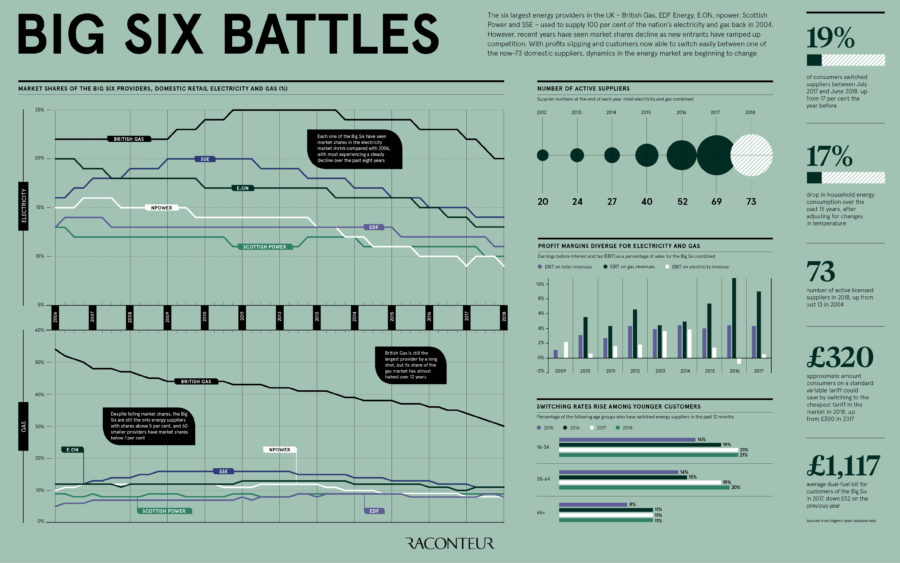 The six largest energy providers in the UK - British Gas, EDF Energy, E.ON, npower, Scottish Power and SSE - used to supply 100 per cent of the nation's electricity and gas back in 2004. However, recent years have seen market shares decline as new entrants have ramped up competition. With profits slipping and customers now able to switch easily between one of the now-73 domestic suppliers, dynamics in the energy market are beginning to change

The global rise of generics

The world of fintech

Wine around the world