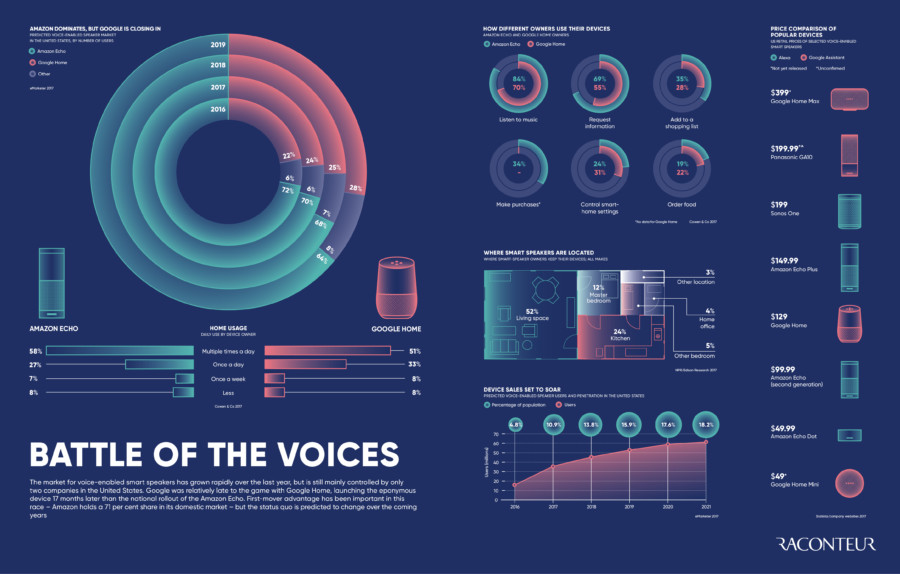 Battle of the voices

The market for voice-enabled smart speakers has grown rapidly over the last year, but is still mainly controlled by only two companies in the United States. Google was relatively late to the game with Google Home, launching the eponymous device a whole 17 months later than the national rollout of the Amazon Echo. First-mover advantage has been pretty important in this race – Amazon holds a 71 per cent share in its domestic market – but the status quo is predicted to change over the coming years