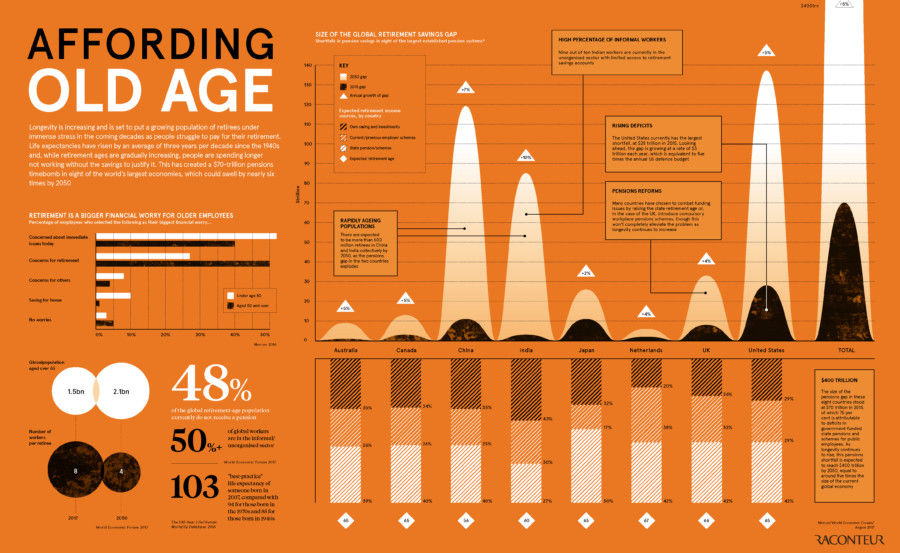 Longevity is increasing and is set to put a growing population of retirees under immense stress in the coming decades as people struggle to pay for their retirement. Life expectancies have risen by an average of three years per decade since the 1940s and, while retirement ages are gradually increasing, people are spending longer not working without the savings to justify it. This has created a $70-trillion pensions timebomb in eight of the world's largest economies, which could swell by nearly six times by 2050