National consciousness may now be focused on the perfect smile more than at any time in history, but children from poor backgrounds still suffer tooth decay

Scientists increasingly link oral health with general wellbeing, while popular culture is saturated with images of perfectly straight, white teeth, and offers of finance have brought cosmetic dentistry within the reach of many.

An explosion in interest in oral health should be a good thing, but there has been a corresponding ten-fold rise in claims against dental practitioners after allegedly “botched” cosmetic work.

This has led to concerns that some dentists are putting financial considerations above the best interests of their patients.

Television programmes, such as The Only Way Is Essex, actors and musicians admitting to having their “teeth done”, and even rumours of the Duchess of Cambridge having undergone minimal orthodontic treatment before her wedding, have fuelled interest, and demand for, affordable cosmetic dentistry.

Advertisers are pushing “smile makeovers” with offers of finance deals with little or no mention of the long-term upkeep that is necessary.

There are particular worries about the use of “short-term orthodontics” with a rise in the number of products available.

Consultant orthodontist and vice dean of the Royal College of Surgeons of Edinburgh’s Faculty of Dental Surgery Robert Chate says: “The rise in complaints clearly shows that the benefits of these quick-fix treatments are undoubtedly being oversold, with little or no mention about their risks and limitations.

“There is a failure on the part of some dentists to manage the expectations of their patients, placing an over-reliance on digital systems in which the desired outcome is simulated on a computer screen before treatment, giving their patients a rose-tinted view of what essentially will be a limited result.”

However, with increasing interest in the appearance of teeth, dentists are afforded the opportunity to educate their patients about the importance of good oral health.

Dental practitioners and hygienists are well rehearsed in the arguments for regular brushing with fluoride toothpaste, as well as flossing to minimise the risk of decay and gum disease. But without tangible consequences of not heeding the advice, is the message really sinking in?

Cavities are easily resolved and patients seem to accept that fillings are just part of life. However, with a flood of scientific research papers linking gum disease with general health, including heart disease, miscarriage, dementia, rheumatoid arthritis and even prostate disorders, dental practitioners have more in their educational armoury.

The way gum disease affects the rest of the body is still being debated, but it is thought bacteria enter the bloodstream in the mouth and trigger inflammation in other areas.

Inflammation is a primary factor in a host of diseases. Chief executive of the British Dental Health Foundation Dr Nigel Carter says: “The link between oral health and overall body health is well documented, and backed by robust scientific evidence. Despite this, only one in six people realises that people with gum disease may have an increased risk of stroke or diabetes. And only one in three is aware of the heart-disease link.”

Oral health has even been implicated in the performance of elite athletes as sports drinks and a diet high in carbohydrates increases the risk of decay which has a knock-on effect on their overall health.

A survey conducted at the London 2012 Olympics found 18 per cent of athletes said oral discomfort had affected their performance, while almost half had not been to a dentist in the past year.

In such circumstances the role of the dentist is expanding to include that of health adviser. Dental practitioners have long been able to spot patients, who might be anaemic because they have chipped a tooth while crunching on ice, a symptom of the condition, or noticed acid erosion in teeth at the back of the mouth, caused through excessive vomiting, by a patient with an eating disorder.

Dentists increasingly have a duty to warn their patients of the consequences of poor oral health and the knock-on effect it can have on the rest of their bodies. This means they can direct them to other healthcare professionals where early detection can lead to more effective treatment.

A wider acceptance that sugar is bad for health, not only for teeth but plays a significant role in the national obesity crisis, is good news for dentists.

Food manufacturers are gradually reformulating their recipes to reduce added sugar, and the scrutiny of fruit juices by leading scientists and doctors has increased awareness of the problem.

There have been arguments that fruit juice should no longer count towards the five-a-day recommended portions of fruit and vegetables. While this has so far been resisted, the effect has been to educate the wider public of the dangers of such sugary drinks, not only for teeth but for their wider health.

Levels of decay are dropping among older children too, with the latest statistics from the 2013 Child Dental Health Survey showing 32 per cent of 12 year olds and 44 per cent of 15 year olds now have signs of dental decay, a reduction from 41 per cent and 55 per cent in 2003.

The survey showed the link between children’s dental health and deprivation remains as strong as ever, leading to renewed calls for wider fluoridation of drinking water. 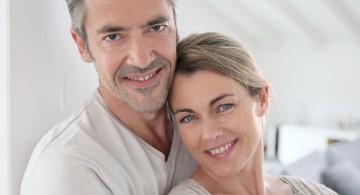 The quality of your smile not only creates a good impression at job interviews, research has shown it can affect the chances of landing the role.

University of California found that in mock interviews, applicants were more likely to be hired and created a more professional impression after they had undergone teeth whitening.

Equally research for Oral B found white teeth made people look five years younger and gave the impression they earned £10,000 more than those with a yellowing, stained smile.

This means that poor oral health may create an underclass of unemployable people with bad teeth.

There have been reports of an increase in the sales of temporary or emergency DIY dental repair kits since the economic crash. And for those unable to find an NHS dentist or who cannot afford to see one, these temporary fixes are becoming permanent treatments.

The recession also saw the first ever drop in expenditure on private dentistry.

At the same time the share of dentistry expenditure going to the NHS grew as access improved and patients sought to save money.

However, overall spending on oral health has remained under pressure and a 2014 report that £5.8 billion was spent in 2013-14, which after adjustment for inflation was 13 per cent lower than its peak in 2009-10.

It is not only the household purse strings that are affected by poor dental health, but the national economy also.

It has been calculated that UK businesses lost a staggering total of £36.6 million in the last year due to people taking time off work because of dental problems.