World football has had a watershed moment. The lawmakers at the sport’s beleaguered governing body FIFA have taken a decision that will change the sport forever. In February, they gave the all-clear for the analysis of a player’s performance during competitive matches.

While clubs have had access to training and post-match player data for years, they’ve never been able to use it during games. Now thanks to FIFA’s ruling, football coaches will join rugby, American football and Australian Rules football, in being able to monitor in-game performance and use match data to inform tactical decisions.

FIFA’s decision is part of a growing trend across all sports for using wearable technology to provide deeper insights into elite athlete performance.

Technology has always been used for advantage in sport, but smaller sensors paired with smarter software mean coaches are now unlocking better insights

“It’s an acknowledgement of an acceleration in the quality and practicality of these increasingly capable tracking systems,” says Paul Lamkin, editor-in-chief of Wareable.com, a wearable tech website. “Technology has always been used for advantage in sport, but smaller sensors paired with smarter software mean coaches are now unlocking better insights. We’re only going to see its influence grow over the coming decade.”

It’s a big shift from the late-90s when teams relied solely on camera-based systems such as Prozone and Opta, using multiple cameras and human operators to manually log things like the number of passes, tackles, interceptions and shots. Brilliant for telling you what happened, without offering much insight into why.

Prozone and Opta are still widely used and camera technology has moved on, but it’s player-worn sensor-packed tracking devices from companies such as STATSports and Catapult Sports that are adding the most significant new layers of information for coaches.

“Allowing players to wear performance analysis devices during games is a crucial breakthrough in our industry,” says Mr Watters. “Wearing the Viper [tracking] pods during matches will give coaches in-depth analysis of the load placed on an elite athlete’s body during a competitive game, creating a comprehensive view of the work a player has done each week. Understanding the demands placed on a player’s body in this depth will allow coaches to prepare players better leading up to games.” 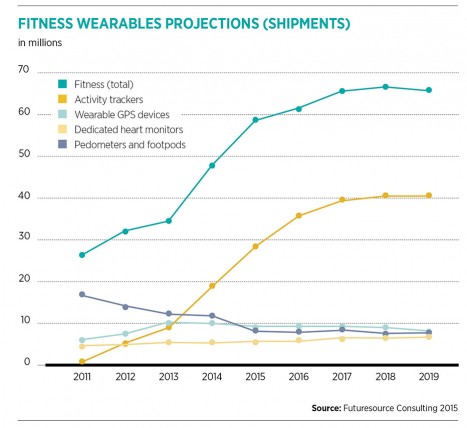 Game-changer or not, it’s a sign that the march of technology into sport is increasing its pace. In American football, we’re seeing the big NFL teams using FreeD, an advanced video recording system to create 360-degree instant replays, offering unprecedented detail in action replays. In other sports, advanced sleep trackers, such as the Fatigue Science Ready Band, are being used to monitor how sleep efficiency affects performance. Biometric sensor technology is in development with the potential to measure things such as perspiration, as well as adrenaline and cortisol levels, which are all important indicators. There’s even talk of virtual reality systems such as Oculus Rift being applied to the training ground. It all points to a wearable tech net capturing a far wider set of data.

“We’ll see a stronger integration between all technologies starting to evolve in elite sports,” says Boden Westover, marketing director of Catapult Sports, whose OptimEye S5 tracking technology is used by the Brazil national football team among others. “You’ll see the data start to be pulled into other applications such as virtual reality so players can undertake decision-making tests without the rigours of actually playing professional sport. We’ll also start to see overarching athlete management systems that house all the data from various technologies, so coaches can easily manage their athletes,” he says.

But with so much new technology creating so much data, isn’t there a danger we’ll lose the human insight and be tempted to over-coach? Not if the information is used correctly, according to Alek Gross, head of sports science at Southampton Football Club. “Data should inform practice not dictate practice,” says Mr Gross. “We must always remember that we are coaching players and not spreadsheets, and although objective data collected via validated methods is important, subjective methods and discussion between the staff is equally as important.”

Bill Gerrard, professor of business and sports analytics at Leeds University, knows all about this. He spent years helping some of sport’s big names adopt tech-driven coach-led analysis. For him, it’s an opportunity for resource-stretched teams to get the edge over wealthier rivals – what Professor Gerrard calls the “David strategy”. It helped Saracens Rugby Club to a premiership title and, in football, Sam Allardyce’s Bolton Wanderers outperform their means. But despite being an advocate of data analysis, he is not convinced we need more technology just yet.

“I think at the moment there’s still a long way to go just to get to grips with the data we have. The technology we have collecting data is already far outstripping our ability to actually analyse and use that data,” he warns. 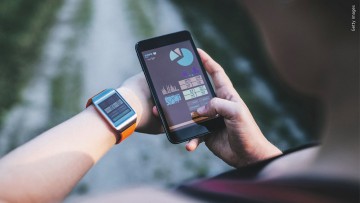 It’s not just about coaching insights, wearable tech is having other unexpected impacts too. In the world of cycling, during the Tour de France, when eventual winner Chris Froome came under heavy fire regarding doping, Team Sky released his performance data in a bid to help prove his race results were in keeping with his training. It was a bold, unprecedented move that gave stat-hungry fans a taste for this kind of sharing from elite athletes.

With fans’ appetite for facts and figures growing, it’s clearly something broadcasters will want to offer viewers. And all the while Sky and BT Sport are pumping big bucks into sport, who’d bet against them getting their way.

But Alex Coulson, executive director at the Sport Industry Group, who works with sport’s thought leaders, is not convinced. “Froome’s case is an interesting one as releasing his data wasn’t something Team Sky took lightly,” he says. “In a highly competitive sport, this insight can offer rival teams an advantage. So while this data might be available to the coaches and managers, it’s not certain that it will be made readily available to the fans.”

However, namesake John Coulson, head of OptaPro, whose company has long been the provider of insights to broadcasters, thinks it’s only a matter of time before we see more information being made available on TV. “Imagine a World Cup penalty shootout where we can see each player’s heart rate live,” he says. 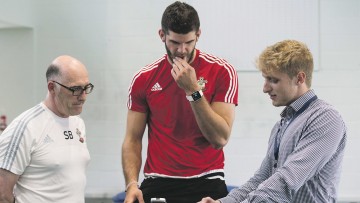 “We are Southampton, we don’t just buy success, we breed it.” That’s the message from one of English football’s biggest recent success stories. In the past five years, Southampton has become a leader in producing young talent. Its academy alumni list boasts some of Europe’s finest talents, including Gareth Bale, Theo Walcott, Alex Oxlade-Chamberlain and Luke Shaw.

On the pitch, last season the first team coped seamlessly with an exodus of five top players and manager that would have seen most clubs relegated. Instead they finished the season qualifying for Europe for the first time in the club’s history.

The success is built in no small part on the adoption of an approach that puts technology and data insights at the heart of everything the club does, from the mattresses players sleep on at away games, to a system that puts new boss Ronald Koeman just a click away from watching any team, player or potential transfer target anywhere in the world.

“The technology we use, and the data this allows us to collect and interpret, has a significant impact on monitoring players and preparing them for performance. Within the sports science department specifically, we have introduced a number of new technologies and systems,” explains Alek Gross, Southampton’s head of sports science.

The club’s new training facility boasts the very latest cutting-edge technology with an entire department dedicated to analytics. On a daily basis, the teams get a combination of data to review, including full GPS and heart-rate tracking, daily iPad-based subjective surveys that chart a player’s state of mind, sleep analysis, urine and bloods tests, and twice-weekly saliva samples for immune system check-ups.

“Technology and data analysis definitely gives us the opportunity to maximise the potential of our players from the foundation phase within the academy all the way through to the first team,” says Mr Gross. “If we continue to improve players in the first team and ensure the quality of player we produce is higher, then it definitely gives us the opportunity to continue to compete.”