In the basement of a former women’s prison, a handful of librarians move quietly around a grey cabinet-lined room - with only the sound of sliding draws breaking the silence and soft administrative chatter.

Roughly 1.7 million yellow typeset index cards are stored within this room. Some with only scant information – a name with a date of birth or location – others are filled to the edges with mismatched fonts like a demonstration of the evolution of 20th century typography.

Jens Rommel, a softly-spoken, middle-aged man, holds up one of the cards: “You can see in 1976, we sent our file to the public prosecutor,” he says. “They didn’t pursue it. We sent it again in 2005 and they took the case.”

The card is labelled “Oskar Gröning”, the name of the 95-year-old former SS member convicted in 2015 of being an accessory to the murder of 300,000 inmates at Auschwitz-Birkenau.

During the Nazi era, German public records were kept on paper index cards inside wooden boxes. Photo by Frank Bienewald/LightRocket via Getty Images.

Rommel, the grandson of two German soldiers, is a former judge and public prosecutor. In October 2015, he accepted the role of lead prosecutor at The Central Office of the Land Judicial Authorities for the Investigation of Nationalist Socialist Crimes – the heart of Germany’s push to prosecute the last living Nazi war criminals.

The Central Office opened in 1958, in the leafy Lower Saxon town of Ludwigsburg, following the Einszagruppen trials in the nearby city of Ulm. Its mandate was to build cases for the prosecution of Nazi war criminals, untouched by prior international law proceedings. Up until that point, such cases had usually been brought by German authorities when incriminating evidence fell into their hands by coincidence.

However, Central Office investigations immediately butted up against West Germany’s new constitution. With a fresh focus on human rights, the 1949 constitution stipulated that the Central Office couldn’t apply laws retroactively.

“Our problem was that we couldn’t deal with crimes against humanity or conspiracy because we thought, following our constitution, that we have to apply the law that is applicable from 1939-1945,” says Rommel.

Therefore prosecutions were held to peacetime legal standards – of linking a specific person to a specific crime – even if suspects could have been found guilty under the principles applied at the Nuremberg Trials.

Despite this handicap, the Central Office closed over 7,000 investigations in the 20th Century. Its most productive period being between 1967 and 1971, when it employed 121 staff to curate over 600 investigations. In those days, its mandate was still controversial. As Rommel says: “One of my predecessors had a gun and anonymous plates on his car in order not to be tracked down. In Ludwigsburg the taxi drivers wouldn’t drive you here.”

While public tensions with the office dried up by the end of the 20th century, so had new leads. So, to find more cases, the Central Office expanded to Eastern Europe, which had become more accessible to investigators at the end of the Cold War, roughly a decade earlier.

A replica of a typical desk from the early years of the Central Office of the Judicial Authorities of the Federal States for The Investigation of National Socialist Crimes is seen through a glass floor in a permanent exhibition in Ludwigsburg, southwestern Germany, on September 3, 2013. The German office investigating Nazi war crimes said it would send files on 30 former Auschwitz death camp personnel to state prosecutors with a recommendation to pursue charges. Photo by THOMAS KIENZLE/AFP/Getty Images

“In the 1950s there was no political will in Germany to let prosecutors go to the East to investigate documents. In the Cold War there was a struggle with ideologies, so there was a certain reluctance to rely on the evidence given by the other side,” says Rommel.

The term “political will” is used commonly in discussions about the prosecution of Nazis, as the German appetite for rehashing the most shameful period in its history has waxed and waned since the end of World War Two.

For Efraim Zuroff, founder of Operation Last Chance, a campaign to find the last Nazi war criminals, the issue has always been desire: “There is certainly political will in Germany now, but their record has been terrible,” he says.

Zuroff’s operation is part of Jewish Human Rights agency, the Simon Weisenthal Center, named after the famous Austrian Nazi hunter. His privately-funded investigations have seen him traversing the globe and have contributed to the conviction of famous Nazis like Erich Priebke. However, this intrepid style has sometimes lead Zuroff to exhaustively pursue dead-ends – like Aribert Heim.

In his six weeks as doctor of Mauthausen Concentration Camp, Heim gained infamy for his grizzly operations – injecting gasoline into patient’s hearts and amputating limbs without anaesthetic – and was responsible for the deaths of hundreds of inmates.

As part of his comfortable post-war life, Heim practiced medicine in the southern resort town of Baden-Baden, even opening his own gynaecology clinic, until 1962 when he was indicted as a war criminal. After a tip-off, he fled.

After decades without a sighting, Heim was presumed dead, his final resting place a mystery. However, in 2008 German authorities uncovered an open European bank account, with a balance of roughly £750,000, under Heim’s name and suspiciously unclaimed by his heirs: a breakthrough that sparked an investigation by German authorities and OLC. 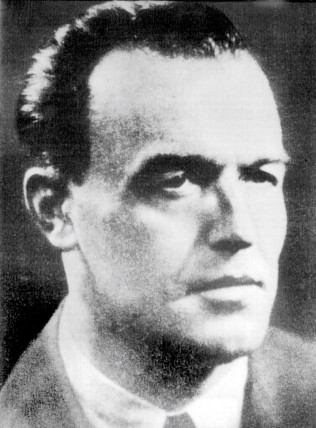 With a BBC documentary crew in-tow, Zuroff’s first stop was a small Chilean town, where a woman claiming to be Heim’s illegitimate daughter lived. He then went to Argentina – a popular spot for Nazis seeking post-war asylum and where Heim’s daughter said he had died in 1993 – but in both places Zuroff only heard of vague sightings of a man with Heim’s distinctive facial scar.

The investigation ended suddenly in February 2009 when a suitcase filled with Heim’s personal documents, including his death certificate, were turned over to the New York Times and German television station, ZDF.

Analysis of the documents showed that the man known as the “Butcher of Mauthausen” had escaped to Cairo and assumed the name Tarek Hussein Farid. He lived for over 30 years in exile and died of cancer in 1992 – before being buried anonymously – almost twenty years before Zuroff’s search began.

The absence of a body made Zuroff suspicious, “because the story seemed too perfect”, but any lingering disbelief subsided when a Baden-Baden court verified Heim’s death certificate in 2012.

However, at roughly the same time one German court was ruling on Heim, another had handed investigators arguably their biggest opportunity: the conviction of Ivan Demanjuk.

The Ukrainian-born Red Army soldier became a German army volunteer, or Freiwillige, after he was captured during a 1942 battle in Crimea. Working as a guard under German orders, Demanjuk served at a number of camps, including Treblinka and Sobibor.

Police officers guard John (Ivan) Demjanjuk while he defends himself against war-crime charges by the Supreme Court of Israel. Photo by David Turnley/Corbis/VCG via Getty Images

Getting a conviction took decades. After being sentenced to hang by an Israeli court in 1988 - a sentenced that was overturned in 1992 – Demanjuk returned to America where he had lived since 1952.

In 2005 he was once again deported from America to face trial in either Poland, Ukraine or Germany. In 2009, Germany accepted him as a deportee, and Demanjuk stood trial in 2011. He was convicted, at 94-years-of-age, for being an accessory the murder of 27,900, mostly, Jewish inmates of the Sobibor extermination camp.

Demanjuk died the next year. As he was unable to exhaust his appeal options, he remains innocent under German law. But the conviction of this camp guard paved the way for those associated with the systematic murder of prisoners to be tried as accessories to murder.

“The legal approach is now broader. In the earlier years you had to prove someone was responsible in a concrete way for aiding a killing. Now the rule should be that anyone responsible for a camp like Auschwitz for a period of time is responsible for the killings for that period,” says Rommel.

The ruling sent the Central Office digging through their library of 70-year-old Nazi bureaucracy, much of which was destroyed or went missing after the war, to find new cases. The investigations centred around the dedicated extermination camps because murder, or an being an accessory to murder, remains the only crime not barred by statute of limitations under German law.

The results of the initial investigations are on two double-sided pieces of paper, both filled with names. One labelled “Lublin-Majdanek” and another “Auschwitz-Birkenau”. Most names are struck out in red ink and the others have annotations in the margins like “unfit”.

After investigators put a line through the dead and incapacitated, there are seven names left. “A limited number compared to those that would have been held responsible a few decades ago,“ says Rommel.

The bookkeeper of Auschwitz

One of the men on the Auschwitz list is Oskar Gröning, whose current appeal could jeopardise all future prosecutions of Nazi war criminals. This is because one of his reasons for challenging the four year jail sentence relates to the core legal principle of being tried in “reasonable time”.

Defendant and former German SS officer Oskar Groening , 94, dubbed the ‘bookkeeper of Auschwitz’, sits on July 1, 2015 at the courtroom at the ‘Ritterakademie’ venue in Lueneburg, northern Germany ahead of his trial. Photo by RONNY HARTMANN/AFP/Getty Images

At 21-years-old, Gröning was an enthusiastic Nazi member. He joined the SS and was sent to Auschwitz in 1942, where he worked collecting banknotes and valuables from incoming inmates. For this role, he later became known as the “Bookkeeper of Auschwitz”.

Gröning left the camp after repeatedly asking for a transfer; disturbed by bearing witness to the realities of the Final Solution. He then joined a field unit, which promptly surrendered to the British army, and was sent to an English POW camp, where he stayed until 1948.

The first investigation into Gröning collapsed in 1978 when prosecutors decided that, because of the nature of his role, they couldn’t hold him directly responsible for inmate deaths.

Nearly thirty years later, Gröning spoke to German newspaper, Der Spiegel, about his struggle with guilt, contradicting Holocaust deniers and his time at Auschwitz-Birkenau. According to Rommel, this 2005 interview is what revitalised the Central Office’s interest in prosecuting Gröning.

In 2015 prosecutors successfully argued, with the Demanjuk precedent behind them, that Gröning should serve jail time for his role in the deaths of 300,000 Auschwitz-Birkenau inmates. Roughly 70 years after he left the camp.

For the Central Office, upholding of the conviction of Gröning is important for its continued existence as an investigative body but, for many, successfully bringing, even passive, perpetrators to justice is symbolically important for Germany.

According to Rommel, the Central Office’s work will continue “to show that this machine could only work with the help of millions of Germans”. But with only a handful of people left on his lists, Germany is fast approaching the moment when there will be no individuals left to prosecute for the crimes of the Holocaust.