The millennial generation is sending a strong message to employers: mentoring is a must-have – and if we don’t get it, we may leave.

A study by Deloitte suggested millennials who intend to stay with an organisation for more than five years are twice as likely to have a mentor than not. In the same survey, the millennial respondents said an ideal working week would include significantly more mentoring and coaching time than they currently receive.

“Most companies focus on recruitment and do not put resources into retention. If you don’t mentor your millennials they will leave you,” says Julie Kantor, chief executive of training and development firm Twomentor.

Workplace mentoring can be a win for mentees, the person doing the mentoring and the employer, she adds. In a survey by the Association for Talent Development, organisations with formal mentoring programmes rated higher employee engagement, retention and growth of high-potential employees as the top benefits of mentoring.

A clear purpose and well-matched pairings are vital to the success of any mentoring programme, says Emily Cosgrove, co-founder of mentoring and coaching specialists The Conversation Space. A failed scheme can potentially damage the individuals and business.

Businesses must also decide on the right model. Mentoring is traditionally seen as helpful advice over a cup of tea from a more experienced colleague, but there is an increased focus on a stronger model known as sponsorship, where an influential colleague not only provides advice but helps plan career progression and acts as an advocate when opportunities become available.

For female employees, for example, a landmark study by consultants Catalyst showed that mentoring is necessary, but that sponsorship is also needed for progression.

Ms Cosgrove agrees: “In terms of women’s progression at work I don’t think mentoring is enough if we want to change the culture and who’s on top. We need to be blending mentoring with sponsorship.”

“When someone starts at a company they might need some mentoring but as they advance sponsorship becomes critical. It doesn’t have the same time investment [as mentoring], but needs someone with power and a network to champion you,” adds Ms Kantor, who believes there’s a huge opportunity in sponsorship for women.

When picking the right model for staff development, logistical issues must also be considered. Introducing mentoring in the first six months of a role or someone’s employment with a firm might not work, says Ms Cosgrove, because they won’t yet fully understand their post and what they need from the relationship. At this stage the most appropriate model may be coaching, which typically focuses on developing a particular skill.

Some firms opt for mentoring for junior staff because it can appear cheaper than coaching, explains Chloe Walton, head of strategy and conversations at The Conversation Space: “It’s a free resource if senior staff lead it, but if you need to be coached, it takes a qualified person and that’s an investment.”

Coaching can help younger staff overcome a personal narrative or cultural background that they feel holds them back from progression, says Ms Walton. Adam Freeman, co-founder and managing director of Freeformers, which advises businesses on their digital growth, has found young people themselves can make great external coaches for firms. This offers businesses a chance to improve digital skills while introducing new perspectives and more diverse backgrounds to an organisation.

Coaching may be one way to close a firm’s digital skills gap, but experts agree that a combination of mentoring, coaching, sponsorship and reverse-mentoring – where a junior employee mentors a more senior one – is needed. Only concerted action can address the increasing levels of isolation in the workplace as technology reduces the time spent in human interaction and the cultural void between employees of different generations widens.

“Reverse mentoring can close that gap for business leaders in understanding millennials. They live a different way and you need to understand what that is and how you can address their needs,” adds Ms Walton.

More broadly, such initiatives are a chance to prepare the workforce and society for the future, says Mr Freeman. “We’re facing the challenge of really uneven digital growth. We are seeing groups of society left behind, from younger people with less formal education to older people coming to the end of the first part of their careers.

“There’s an amazing opportunity in just getting them to help each other in terms of sharing their digital skills and working collaboratively. I’d love to see reverse mentoring help do this locally at an SME level as well as in big business.”

Reverse mentoring: does it work?

Nick Blundell, 42, a partner at audit, tax and consulting firm RSM, is currently being reverse-mentored by Olivia Newell, 23, an accounts and financial reporting supervisor, as part of a new programme organised with The Conversation Space, involving eight pairs of senior and junior staff.

“Before we started, I don’t think I’d ever really spoken to Nick,” says Ms Newell, who has never been involved in a mentoring scheme before.

After an initial session, Ms Newell says she feels comfortable to speak up and that it’s important in her role as mentor to be honest and not scared by Mr Blundell’s seniority.

“Trying to get feedback from junior staff can often be quite difficult in firms. This sort of relationship makes it much easier to have a more open conversation,” says Mr Blundell, who hopes that reverse-mentoring will help him navigate a world of shifting societal views and changing technology.

“RSM is historically quite a traditional firm, which has its advantages but can come with an assumption that people with more experience have all the answers. I think it’s important to challenge that and get the perspective of younger generations,” he says.

Ms Newell hopes it will encourage senior staff to be more tech-savvy and understand the business from an everyday worker’s perspective: “My generation has a very different way of looking at the world and the workplace. Eventually, I want to be in Nick’s position and he’s been where I have so it works both ways.” 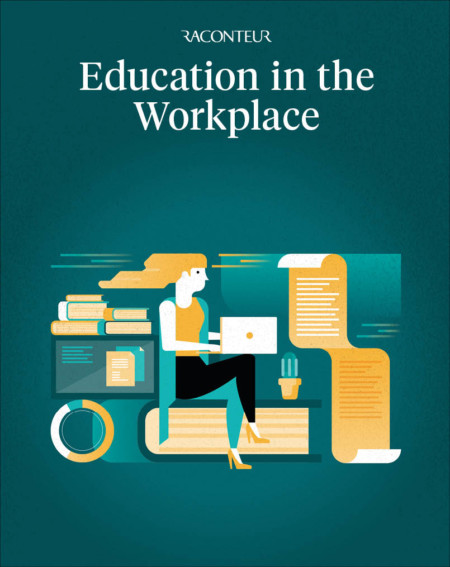 Also inEducation in the Workplace

Investment is needed to close the UK’s skills gap

Millennials: we want mentoring – or we’ll take our skills elsewhere

Also in Education in the Workplace