There has been some progress in addressing gender imbalance in the workplace, such as public diversity reports. But data only goes so far and must lead to corporate action if companies want to end tokenism for good 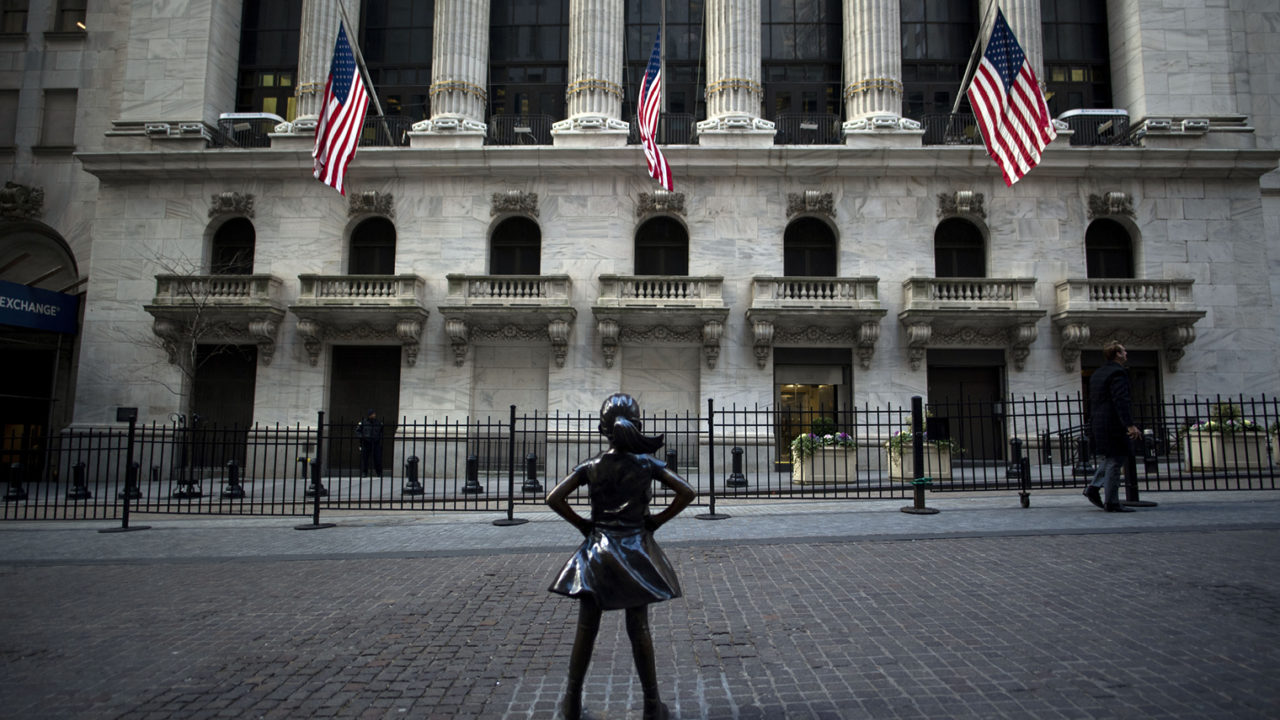 In early-2017, hundreds of people in Manhattan crowded round a statue called Fearless Girl. The girl stood in the power pose, hands on her hips, facing down the bronze bull on Wall Street. Fearless Girl was designed to challenge sexism and tokenism in the workplace, and serve as a public relations campaign for State Street Global Advisors (SSGA), which had just launched the first investment fund in America to reward companies with more women in senior positions.

SSGA was later forced to make financial settlements with more than 300 of its own female executives who had been paid less than their male peers.

What is it about the system that doesn’t allow other people to reach the top? That can be a hard conversation to have

The rationale for more women at the top is clear. But having a few more women on boards across the world – 34 per cent in 2018, 4 per cent up from 2017 – is more of a symbolic effort and does little to increase female representation at other levels of the company.

Tokenism in the workplace also doesn’t address equal pay. In fact, according to a 2018 Equileap report that monitors almost 3,500 companies globally on gender equality, only two – General Motors and StarHub, a telecommunications firm in Singapore – could prove they had no gender pay gap overall.

Understanding the data to spot biases

Yasmine Chinwala, partner at New Financial, a think tank on, among other things, diversity within the financial sector, advises companies use the data to their advantage.

“Issues like parental leave and flexible working are not the silver bullet. I think it’s such a multi-pronged problem,” she says. “You have to chip away at bias in the sector and the way to do that is to use the data to understand where there may be bias in the process or from individuals.”

Data in this area is booming, especially since the UK became the first country in the world to mandate companies with more than 250 employees to report their gender pay gap. Gapsquare launched in 2015, offering gender and ethnicity pay gap reports, while 2018 saw the launch of Umbrella Analytics, which uses artificial intelligence and machine-learning to spot corporate biases and even analyses a company’s written content to identify gendered language.

Action, rather than words

But data only takes us so far. A lot of it is voluntarily supplied by companies and can be manipulated. Some companies are incorrectly reporting their pay gap figures, while New Financial found in 2017 that a quick way to boost female numbers was to promote people in certain support roles like the head of human resources, often a woman, to the executive committee level.

“If companies applied as much effort to sourcing, managing and developing employees as they spend on product, they might see quite an evolution in their retention and promotion rates,” says Ms Chinwala.

Data that exposes tokenism in the workplace must lead to corporate action. Recent examples of action include HS2 trialling “blind” job applications, and now 43 per cent and 36 per cent of the apprentice intake are women and BAME (black, Asian and minority ethnic people) respectively.

FTSE 100 beverage company Diageo announced in April it would offer fully paid parental leave for 26 weeks for all employees. The same month, investment firm Billie Gifford extended a similar policy to all staff. Law firm Linklaters now allows employees to request to work from home without having to give a reason.

True diversity goes beyond female representation to minority groups, disability, socio-economic status, sexual orientation and education. A positive example is the UK civil service’s move to record more data on the background of its staff to track social mobility.

There are no quick fixes to move beyond tokenism in the workplace, however.

“For diversity and inclusion (D&I) to work well, it has to be thought about in everything that the organisation does. It’s not just a standalone, tick-the-box thing,” says Vix Anderton, D&I consultant and associate with EW Group. “As we make improvements, whether in recruitment or in the supply chain, how are we doing that through the lens of D&I?”

Geoffrey Williams, global head of D&I at Thomson Reuters, says it is central to all their activities, from the way they recruit staff to how they generate profit. In 2016, the firm launched the Diversity & Inclusion Index, ranking the top 100 businesses globally, demonstrating the firm’s central values in action.

“If you’re a consumer-led organisation, as we are, your community is made up of disparate people and you need to find a way to speak to them that’s authentic to your business, rather than just creating ‘diversity ads’ or running a one-off workshop for a small group of people,” he says.

Mr Williams also writes internal blogs on the subject, including explaining that a disability can range from cancer or having HIV to being in a wheelchair and that a disability is not always visible. He says the key is allowing staff to ask questions.

Those companies that are most likely to have tokenism in the workplace are resistant to change. Last May, research looking at the lack of female chief executives quoted male bosses arguing that “the good ones have already gone” and “they don’t fit in”.

“Don’t try to fix the women, try to fix the system,” advises Diana van Maasdijk, chief executive at Equileap. “Some companies say they want to help women become more ambitious or ask for a raise and they end up blaming the women subconsciously for not reaching the top positions.

“We need to understand why, if men and women have equal distribution of skills and ability, do we end up with male-only teams or companies? What is it about the system that doesn’t allow other people to reach the top? That can be a hard conversation to have.”