Despite greater awareness of the gender imbalance, advancement of women in shipping, particularly at sea, is slow 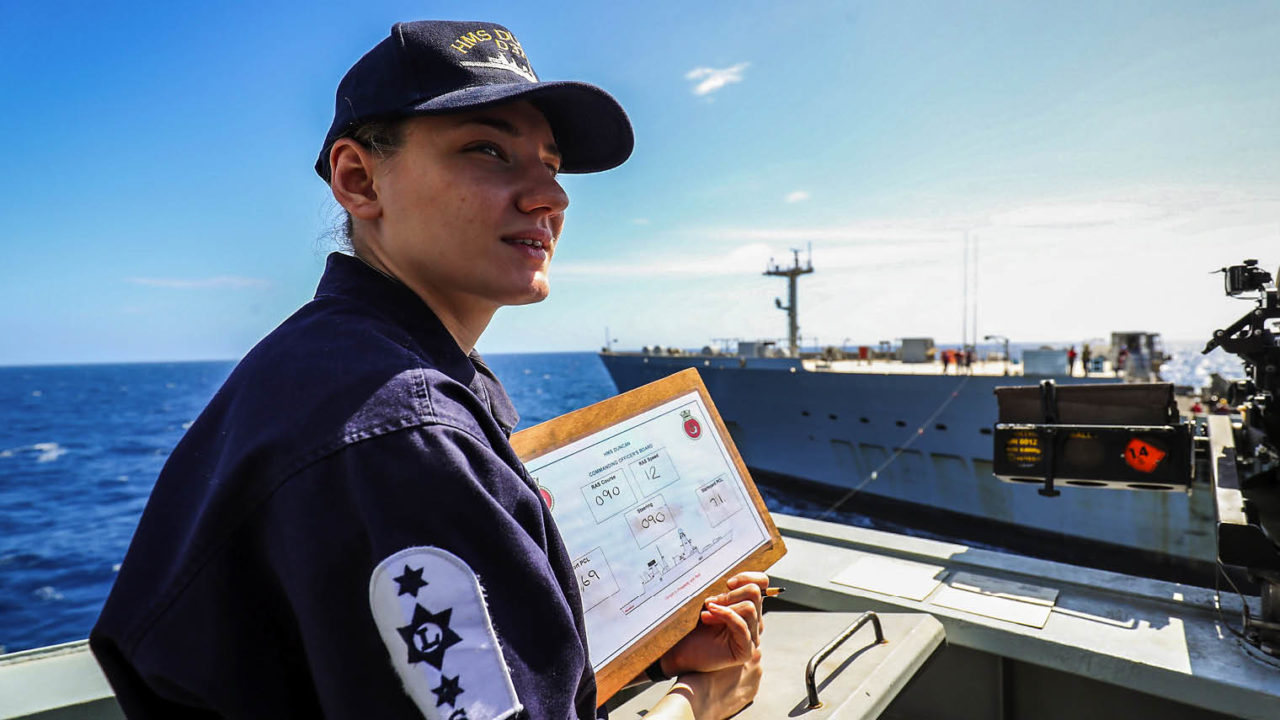 In 1918, Victoria Drummond became an apprentice at the Caledon Shipyard in Dundee, the start of a journey to becoming Britain’s first female marine engineer, earning honours for bravery at sea during the Second World War. A century later and Victoria’s personal battle to conquer the maritime industry has yet to translate into gender equality.

While progress has been made, statistics still show a woeful 2 per cent of seafarers worldwide are women, while just a third of global shore-based maritime positions are filled by women.

“There is more action today to raise equality than ever before and that has to be recognised,” says Despina Panayiotou Theodosiou, president of the Women’s International Shipping & Trading Association (WISTA International) and chief executive of Cyprus-based Tototheo Maritime. “But substantial, effective change needs time, collaboration and patience.”

Change is on the rise for the maritime industry

Change is gaining momentum: The International Maritime Organization (IMO) has picked empowering women as its theme for World Maritime Day 2019; the International Labour Office is set to hold a global sector meeting discussing opportunities for women seafarers at the end of February; and the European Union has a dedicated platform for change to promote equal opportunities in the transport sector.

In the UK, the new Women in Maritime Charter urges companies to sign up to action plans setting specific targets on gender diversity.

Susan Cloggie-Holden, who sails as a chief officer and is female champion for the Royal Fleet Auxiliary (RFA), was involved with the charter’s taskforce.

“It’s a hidden industry and still seen as a man’s world,” she explains. “We’ll start to see little wins quickly, but big changes will take up to 15 years.”

While the RFA outperforms global statistics, with 7 per cent women seafarers on its crews, Ms Cloggie-Holden says the “diverse pool of thinking” needed industrywide must be cultivated through education in schools and stronger support to retain women already in the sector.

Back in 1988, the IMO launched its now-renamed Women in Maritime Programme. There are seven regional associations in Africa, the Middle East, Asia, Caribbean, Latin America and Pacific, covering 70 countries and organising regular outreach events.

“Access to these regional associations could go some way to narrowing some of the institutional barriers and cultural stigma that women who enter the maritime industry face,” says Helen Buni, who leads the IMO programme. 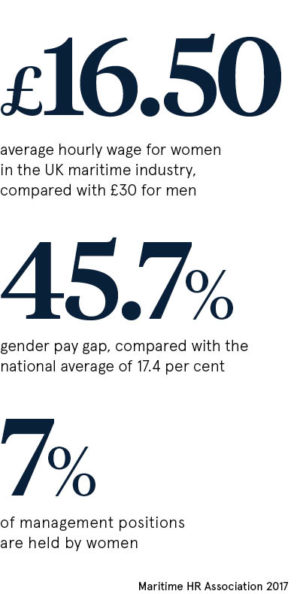 But gender-related challenges are still an issue, says Dr Kitada, citing difficulty in work-life balance, access to education and leadership opportunities. “Awareness has been created, but statistically the maritime industry hasn’t made much progress in the past 25 years,” she points out.

Many organisations are now specifically targeting young women. WISTA Sri Lanka has planned dedicated careers days at the Port of Colombo for the past four years, with more than 100 students from nine girls’ schools attending the events.

Meanwhile, major shipping companies, including Maersk and Hapag-Lloyd, recognise the need to diversify the workforce and support women.

While Hapag-Lloyd does not have specific targets to increase the number of women, its latest cohort of 25 marine apprentices includes seven young women – 28 per cent – on a three-year traineeship in Germany to become a ship mechanic, nautical officer or technical officer.

An Instagram channel sharing experiences aims to attract talent, while Hapag-Lloyd has a Women’s Business Forum for internal support.

Attracting women is also a priority for A.P. Moller-Maersk as it aims to increase its 2 per cent of women in marine roles and 28 per cent across other positions. “We all play a part in accelerating the pace of change,” says Rachel Osikoya, the Danish conglomerate’s head of diversity. “Maritime is a male-dominated industry, so we do have a challenge bringing female talent to join us.”

Initiatives include introducing the concept of unconscious bias – the social stereotypes made outside conscious awareness – to leaders, and a maternity policy with a minimum standard of 18 weeks’ leave worldwide and the option of 20 per cent reduced working hours upon returning. This has increased retention rates to 71 per cent, with an ultimate goal of 90 per cent.

A campaign with the Danish government, focused on science, technology, engineering and maths, aims to reach out to female students by showcasing role models in the field.

Mentoring is key when getting women into new industries

BP Shipping, where women make up a third of the workforce, recently appointed its second female chief executive after Carol Howle took the baton from Susan Dio in February.

While it is tight lipped about specific goals or initiatives in its shipping arm, BP’s annual report states it is “developing mentoring, sponsorship and coaching programmes to help more women advance”.

For Kate Pike, associate professor at Solent University in the Warsash School of Maritime Science and Engineering, mentoring can be extremely important because of a lack of role models.

“Better outcomes for recruitment and retention start with education, training, legislation, and going through the spectrum of how we can support women and men on board and on shore,” explains Dr Pike. “It’s hard to have a co-ordinated response because it’s a global industry with multicultural crews, cultural differences and hierarchies of rank.

“However, there is recognition of the need to change and an appetite for that. It’s going in the right direction, but it’s going slowly.”