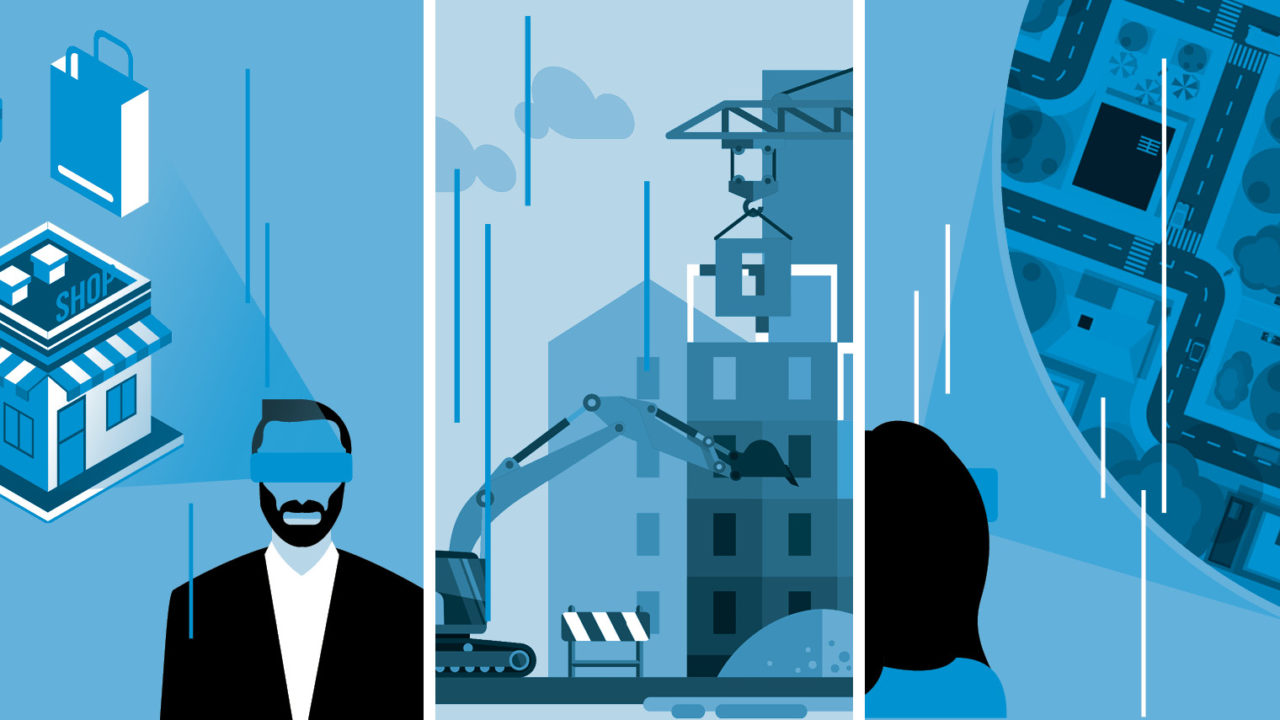 Virtual reality or VR is having one of its periodic moments. This year’s release of consumer devices such as the Oculus Rift, HTC Vive and PlayStation VR have brought credible VR systems into homes for the first time, with the processing power of PCs and consoles finally attaining the point where complex graphical environments can become truly immersive.

Consumer augmented reality (AR) is also on the verge of a breakthrough, thanks to devices such as Microsoft’s HoloLens.

Although VR applications have been around for decades, with specialist systems developed in conjunction with computer-aided design (CAD) software for high-end industrial and engineering applications, VR and AR’s new affordability brings it within reach of small design offices and contractors, as well as allowing for ever-closer integration with the consumer experience.

VR and AR’s new affordability brings it within reach of small design offices and contractors, as well as allowing for ever-closer integration with the consumer experience 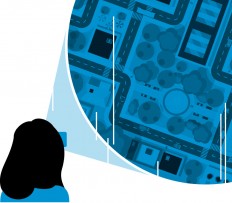 Architects and planners have enjoyed the benefits of 3D-design packages for decades. As design tools have grown in sophistication they’ve evolved to provide complete integration between structure, services and surfaces. A CAD model is a complex web of interconnected elements; move a pipe and you potentially impact on the entire plumbing layout. Add a window and a list of changes cascades down from lighting requirements, wiring diagrams, insulation and heat loss calculations, structural integrity and floorplan layout.

Sophisticated CAD software tracks and computes all these variables, integrating modelling tools with building information management or BIM systems. Whereas pioneering architects like Frank Gehry had to transfer software know-how from the aerospace industry, today dedicated packages such as Autodesk’s widely used Revit take designers from concept sketches through to production drawings. Slotting VR into this mix is not straightforward.

Most CAD systems can output VR-compatible files for presentations and project review, and this secondary role remains VR’s chief function in architecture and planning. The ability to “walk around” an unbuilt space is a vital point of communication between architects, planners and their clients, as it effectively allows a completed building to be reviewed, tweaked and signed off before ground has even broken.

A host of cloud-based systems developed by companies including Visual Vocal, Revizto and Iris are emerging to act as online bridges between multiple 3D systems and the end-user’s off-the-shelf headset or smartphone.

VR and AR still can’t quite offer the fine-grained detail necessary for pure design tools. But in the case of complex engineering-led infrastructure projects, VR and AR have a more compelling role, bringing design toolsets to help ergonomic and spatial analysis. A virtual experience of a space like a factory or oil rig, where machinery and services can be placed and maintenance and training issues addressed is a massive advantage.

For planning, the ability to augment existing environments or physical models with overlaid virtual elements provides quick and easy verification of proof of concept. 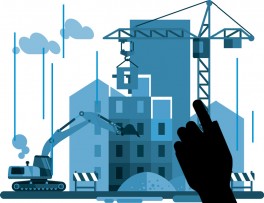 VR comes into its own in large-scale construction applications where extensive planning can avoid problems further down the line. A detailed VR working model of a building site as it moves through the various stages of a construction project, from demolition through to fit-out, can help identify issues about work phasing, health and safety, and access.

Although VR for construction is primarily a tool to streamline the work process, it can also provide clients with a way of constantly assessing and revising a design as work progresses, allowing for changes and revisions to be planned in advance.

In dynamic environments such as retailing, the ability to model merchandising and display before installation vastly improves efficiency, while hotels can easily cycle through changes in style and layout.

Virtalis’s Visionary Render system comes closer than ever to creating the seamless, one-stop design and construction tool. Even so, massive datasets are required to model everything from the structural tolerances of the smallest bolt right through to sophisticated real-time lighting and rendering, meaning that for now multiple software systems are still required.

AR systems offer a more direct and immediate lens on to the world, letting contractors overlay proposed design changes at scales ranging from desktop to city block. Projects such as Google’s Tango AR system and the Smart Reality app are bringing consumer-level AR experiences to smartphones, with applications and implications for commercial uses waiting in the wings. These include the ability to turn 2D plans into 3D models on screen, instantly communicating issues about layout and form without having to wade through drawings or presentations. 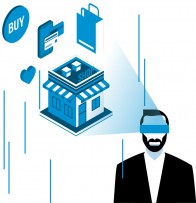 Marketing is the area where commercial and consumer systems have the most crossover. The very simplest VR applications repurpose the technology we all carry with us – our smartphones. Google’s low-cost Cardboard device and its forthcoming Daydream headset, Samsung’s Gear VR, even the Avegant Glyph, are portable systems that create surprisingly immersive environmental experiences. For developers and estate agents, the most convincing argument for VR is that clients no longer have to visit a property to experience it, especially useful if a development hasn’t been built.

Off-plan sales presentations are transformed so that every aspect of a finished scheme can be served up in a seductive, immersive environment that is taken straight from the architect’s CAD files and enhanced with additional datasets from interior designers.

These virtual presentation models can also include a superficial level of client interaction, such as opening doors and cupboards, turning on lights and changing the time of day to explore different lighting configurations and options.

Different furniture combinations and materials finishes can be swapped in and out in real time, a popular option for developers who might be offering furnishing packages on top of the cost of the property itself. AR can also be used on site, transforming empty shells into show apartments, letting potential buyers see how their own furniture might fit in a space.

In the case of existing properties, a VR-led approach is especially seductive for time-poor clients who are unable to schedule physical visits to multiple properties. Estate agents such as Winkworth and Redfin are rolling out 3D models of select properties. A new industry is emerging, with companies including VRtisan, ArcMedia, Matterport and IVR Nation going beyond static renders and building real-time visualisations that deliver similar levels of verisimilitude, but an enormous increase in engagement.