When Dhirubhai Ambani, the founder of India’s Reliance Industries, died in 2002 he left no will. The lack of clarity about what he intended for the business sparked arguably the biggest family feud ever, as his sons Mukesh and Anil fought for control of the conglomerate. Their mother intervened and split the group into two parts, but sparks continued to fly. There have been courtroom battles and at one point Anil even took out newspaper ads blaming his brother for gas price rises. If you want a clear example of why a good succession plan is necessary in a family business, this is it.

Succession, the passing of ownership from one generation to another, is the biggest challenge for family businesses. As the Institute for Family Business, a not-for-profit organisation which supports the sector in the UK, says: “Transferring management and ownership of a family business is the most difficult and risk-laden phase” because it “triggers a transition to a different business structure with a distinctive culture, new procedures and evolving ground rules”.

Some family businesses find it so daunting, they are unwilling even to think about it. A 2014 report by Charles Russell Speechlys and Family Business Place found that 90 per cent of British family firms have no succession plan at all, and 62 per cent said they would consider selling the business because of the problems they foresaw in passing it on.

So how do you go about planning succession? Every family has unique challenges, but three principles are generally accepted:

1. Succession has to be planned long in advance. If the older generation doesn’t deal with the issue, it almost always leads to disaster.

2. The next generation owner must want to take over. It ends in tears (or bankruptcy) if the successor is pressured into the job.

3. The successor should be qualified. This usually means working outside the business for a period or until they have achieved a certain number of promotions within so they can learn things that are useful to the business, and they can prove to others – and themselves – they deserve their new position.

That is the received wisdom, but does it work? In some cases yes, but in others it can be counter-productive. “A lot of families, for good reason, have a lot of structure, governance and rules about how the next generation enters the business. For example, they have to work outside and prove themselves,” says Juliette Johnson, a family business consultant. “But some family businesses, especially big ones, now have so many rules that they have ended up actively discouraging next generation members to the extent they have good careers outside and the family finds it hard to get them back.”

Encouraging the next generation

A lot of families are now rewriting their rules in a more positive way to encourage, rather than discourage, young family members to work their way up inside the business, she says.

However, Gary Deans, head of family business in the UK for KPMG, says: “There has been a lot of concentration on how you get the next generation ready to take on the business and how to develop them into future family business owners. But there has not been as much focus on the current owners, who need to be able to pass on the baton. An awful lot of the theory doesn’t pick up on the reality that the older generation is not always ready to pass the business on.”

This issue has two facets. Firstly, psychological. You have to ask whether the older generation, especially if they are the founder generation, are ready to give up the business they have nurtured. “They might think, ‘I have been doing this for the last 50 or 60 years, I am probably ready to give myself more leisure time, but I am not ready to walk away and I am actually a bit scared to do that’,” says Mr Deans. Being exiled to the golf course and made honorary chairman might not be enough.

Secondly, there is the practical point that the older generation have phenomenal experience which should not be lost. “They are the ones who have dealt with the big suppliers and contracts, and for those partners they are a known entity. Also, they have been through a number of economic cycles and know the benefits of staying calm. They have a lot of experience of doing deals, have an insight into what works and doesn’t, and how to manage professional relationships. They have a huge amount of insight and knowledge that the younger generation would be foolish to disregard,” he says.

The reason that succession is so hard is that there is no blueprint and every family firm must work out what is best for them. As the Ambani example clearly demonstrates, however, the stakes could hardly be higher. 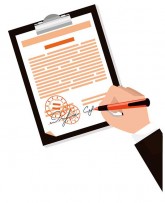 With revenues of more than £1 billion, construction firm the Wates Group, which was founded in 1897 by Edward Wates and is still fully owned by his descendants, is one of the biggest family firms in the UK. Its approach to succession is exemplary. “The three key ingredients of a successful transition are transparency, dialogue and fair process,” says Andrew Wates, the former group chairman.

Planning for the succession from third to fourth generations began in the early-1990s and culminated in 2006-8 when a consortium of family heads took over. The plan involved psychometric testing to decide which roles would best suit family members and also a stringent requirement that only qualified individuals within the family would get a role.

The transition was made more complicated because the family had decided, as many do when their business grows to a certain stage, to take more of an ownership role and appoint its first non-family chief executive, Paul Drechsler. The family’s role has evolved since then, with Mr Drechsler leaving and in early-2014 Andrew Davies, a former managing director at BAe Systems, taking over as chief executive, while James Wates became chairman.

Currently, all five members of the fourth generation who gained places on the board in 2006-8 are still there, although they are all aware they are mere stewards of the business. There is a compulsory retirement age and as Andrew Wates says: “We’ve already opened a dialogue with youngsters in the fifth generation.”

IF THERE IS NO SUCCESSOR 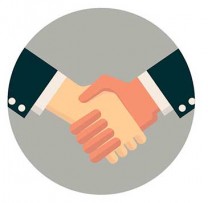 Often family businesses are left in a quandary because there is no suitable successor who wants to take over the business. This was thought to be behind the sale of Putzmeister, a large family-owned German pump-making firm, to Chinese company Sany for €360 million in 2012. If families think they might find themselves in this situation, then they have to think very carefully about selling at the right moment.

Business owners need to align three things, says Jim Keeling, chairman of Corbett Keeling, which advises business owners and management teams about buy-outs. One, internal factors driving its performance; two, external facts, namely the market and the appetite of relevant potential buyers; and three, the age and attitude of the owners.

Timing is everything. Mr Keeling says one former client kept putting off the sale, thinking profits and therefore the value of his business would go up. But as a supplier of services to the property sector, he lost everything in the boom-bust of the housing cycle. “One month he was sitting on a business that would have realised him enough to retire very comfortably indeed, but the next it was bust and worthless – literally,” warns Mr Keeling.