F1 involves huge amounts spent on securing a position on the winner’s podium. But how much does an F1 car actually cost, and how are racing teams funding themselves to take pole position? 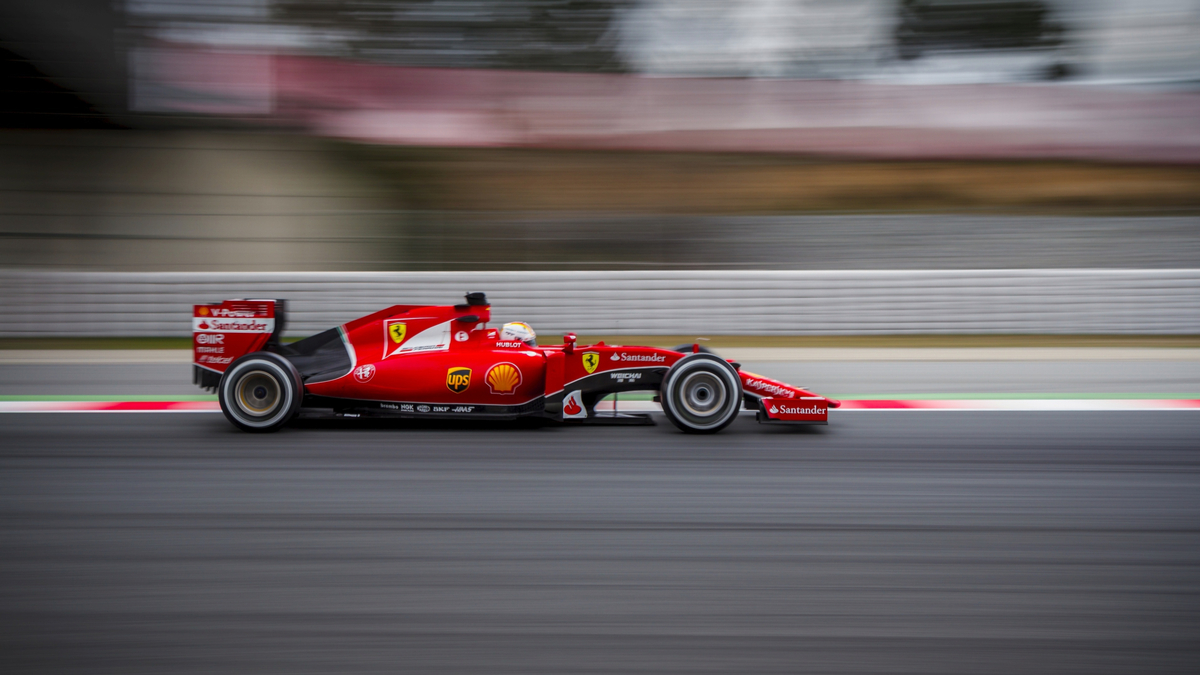 The underlying philosophy is that it is better to win on the track and make no profit rather than make money and finish lower down the standings. This is not solely a sporting concern. Win the championship, and sponsorship and prize money will accelerate.

In 2013, the teams which filed publicly available financial statements recorded average revenues of £124.4 million, with Red Bull the highest at £258.2 million.

This revenue generally comes from three sources which are fuelled by F1’s huge television audience of just over 425 million viewers. The first key revenue source is sponsorship. Generally speaking, the rear wing, sides of the air intake box and the sides of the F1 car itself are prime logo positions, and a sponsorship deal with a top team involving any one of these locations is likely to cost around £15 million. At the lower end of the spectrum, small logos are often found along the lowest edge of the F1 car frame, but even these are sold for around £1 million with a high-ranking team.

The teams’ marketing department typically secures sponsorship, but in some cases it is handed to them on a plate by a driver. Lower and even mid-ranking teams often take drivers purely on the understanding that companies they have connections with will provide sponsorship. These are known as pay drivers and, when they lack driving talent, the money they bring to the team can make up for it since cash can be used to improve the Formula 1 car itself.

Data from F1 trade guide Formula Money shows that around 39 per cent of team revenue comes from sponsorship. Another major source of revenue is the teams’ profit-share with F1. The series paid them £483.6 million in prize money in 2013, according to F1’s latest financial statements, and this source comprises around 34 per cent of team revenue. The third major source is payments from team owners at 20 per cent.

Why would anyone want to own an F1 team?

In this climate it may be difficult to see why anyone would want to own an F1 team. However, owners can get a financial return in the long run by selling a successful team for more than they paid for it. Additionally, if the owner of a team is a company which sells products, such as Mercedes, Ferrari or Red Bull, they benefit from television exposure of their logos on the cars.

According to Formula Money, in each of the four consecutive years between 2010 and 2013 that Red Bull Racing won the championship, parent brand Red Bull was the best exposed brand in F1. Its advertising value equivalent – the price it would have to pay to buy a similar amount of on-screen exposure – totalled £836.5 million, averaging £209.1 million a year. It goes some of the way to justify the high-speed spending in the sport.

A typical mid-ranking team can expect to spend around £158 million a season in four key areas. This covers £36 million in operational spending, £42 million on salaries, including the drivers, £41 million on research and development, and £39 million on production and manufacturing costs.

Even a car at the back of the grid is worth approximately £1.8 million in material costs

How much do Formula 1 car parts cost?

So, how much do Formula 1 car parts cost? Figures from the Caterham team show that even an F1 car at the back of the grid is worth approximately £1.8 million in material costs and that’s without factoring in an F1 engine cost. The cost of the chassis alone is £1 million, followed by the floor at around £300,000. A single suspension strut can cost upwards of £10,000.

The cost is not just driven by the Formula 1 auto parts being made from high-tech carbon fibre, but also because of the tight window for manufacturing them. F1 teams rely on what are known as rapid prototype machines which cut carbon-fibre parts with a laser from computer designs. This allows new Formula 1 car parts to be designed and manufactured over the few days between races in a bid to boost performance.

Even the driver’s seat is specially designed and each is anatomically crafted to suit the contours of the driver’s body. Several seat fittings can be required just to construct it.

Incorporating on-board computing power presents its own challenges and increases costs. To make sure that the F1 car frame is as slender and aerodynamic as possible, all the wiring, electronics and cooling systems must be packed in a tight space around the engine. This is perhaps more difficult than it sounds when there’s 1.25km of wiring and up to 150 on-board sensors to be installed. Tight fit isn’t the only hurdle to overcome.

Having an electronic control box just millimetres away from a white-hot exhaust requires military-standard connectors in the F1 car’s wiring system. Preserving the cables is particularly important since they are transmitting so much information.

Some of the sensors give readings up to 1,000 times a second and data is sent wirelessly from the car to the garage. This gives around 1.5 billion samples of data from each race and this is monitored in the garage while the F1 car is on the track, then analysed afterwards by state-of-the-art supercomputers back at the teams’ factories.

The car’s technology nerve-centre is the steering wheel and it is one of the few reusable components. It wouldn’t look out of place inside a fighter plane since, except for the throttle and brake pedals, few F1 cars have any controls other than those on the face of the steering wheel.

In its centre is a multi-function LCD screen, which is surrounded by brightly coloured buttons controlling more than 40 functions from clutch, radio and rev limiter to changing the car’s front-to-rear brake bias, and even its fuel mixture. There is also a “boost button” on the steering wheel to activate energy recovery and another for the drag reduction system which enables the rear wing to be remotely moved to improve overtaking. It all adds up and an F1 steering wheel alone costs a cool £50,000.

It’s perhaps no surprise that the drivers in charge of these money machines are so well paid and no expense is spared when it comes to the tools of their trade. A fireproof suit costs around £500 while a driver’s helmet starts at around £5,000. The irony is that, compared with spending on the car, this seems like petty cash.