How does pollution affect skin?

Beware the toxic avengers. A gang of Marvel anti-heroes? No, but in terms of skin ageing, just as threatening. The expression refers to environmental aggressors and Mintel, who coined the catchy headline, say in a recent report: “The cosmetics industry has been awakening consumers to the immediate, visible and personal effects of pollution that threaten our skin.”

About time too as the Skin Cancer Foundation estimates that 90 per cent of premature ageing is caused by environmental damage, including ultraviolet (UV) rays. “The negative impact of environmental factors other than UV light has long been neglected,” says Dr Stefanie Williams, independent dermatologist at European Dermatology in London and spokesperson for Avon.

What are these villainous factors and what do they do? “Pollution is created by emissions of toxic gases,” explains Dr Rachael Eckel, a cosmetic dermatologist. “Combined with UV rays from sunlight it creates a highly reactive molecule that causes damage to proteins, collagen and lipids in the skin. Remember, the main function of the skin is to act as a barrier or a shield.”

But what evidence is there that this actually makes you look older? “Kitchen logic says pollution is bad for the skin, but we needed a technical rationale,” says Dr Frauke Neuser, Olay principal scientist. In a breakthrough last year, Olay skincare presented a joint study at the annual conference of the Chinese Dermatologist Association proving that pollution has a significantly detrimental effect. The most important finding?  Living in a highly polluted area ages people 10 per cent faster than their country cousins. 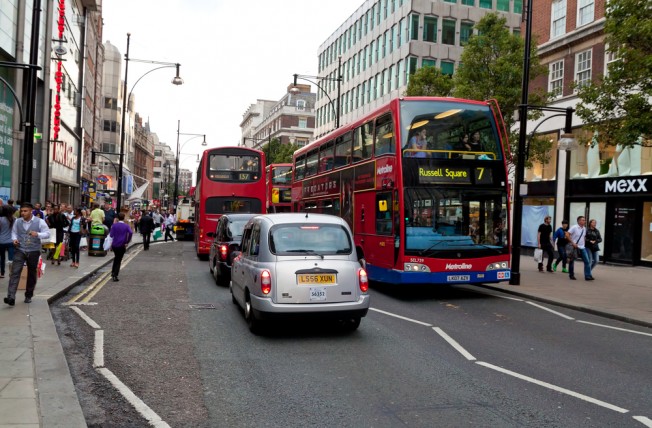 “We recruited two groups of 100 women aged between 30 and 45, one living within the ring-road of Beijing and the other in the suburbs,” says Dr Neuser. “The scientists measured the hydration, barrier function, softness, texture and proteins on the skin. We found that the women in the city centre had a 10 per cent lower weaker barrier function because of significantly lower levels of proteins that makes the barrier strong.”

Although widely reported that the Olay study stated that particulate matter 2.5 (PM 2.5), the term for large, sugar-granule-sized toxic polluted particles can be absorbed into the skin, this is not true.

“PM 2.5 particles are too large to penetrate,” says Dr Neuser. “But chemicals that are attached to them, such as from fuel, oil, diesel and pesticides, will penetrate and kick off a reaction with free radical production and oxidative stress which of course ages the skin.”  On a day of high pollution, skin conditions will flare up too. “It’s a vicious circle,” she continues. “Every time you go out, the chemicals can penetrate more easily and the barrier is weakened.”

So Beijing is notoriously polluted, right? Actually London’s Oxford Street has the worst pollution in the world with levels of nitrogen dioxide (NO2) at up to ten times the legal limit, according to a study by King’s College London.

Hence UK beauty companies are falling over themselves to produce products to prevent and fight back against the attack of the toxic avengers. “We have seen the emergence of several skin products aimed at combatting and removing pollutants,” says Karla Rendle, research analyst at Euromonitor International. “With a high proportion of the UK demographic living in densely populated urban areas, as with sun protection, anti-pollution has the potential to become a standard concern and part of consumers’ daily skincare routine.”

SkinCeuticals says it best with the slogan “Sunscreens are not enough”. The hero product is C E Ferulic that swoops in like Superman to disarm free radicals on the skin. Elizabeth Arden’s new Prevage Triple Defence SPF 50 combines damage prevention with oxidative repair, while La Roche-Posay Pigmentclar UV SPF 30 works with the most sensitive skin to offer protection, repair and to soothe.

Dior One Essential City Defense lands in September with triple anti-pollution action to prevent the accumulation of toxins in the skin. Lancôme City Miracle CC Cream SPF 50 hit the mark with Chinese women, 69 per cent of whom sited pollution as their beauty enemy, but wearing this, 95 per cent felt protected against external aggressors.

To cure these ravages, Avon Anew Clinical E-Defence Deep Recovery Cream is shown to help reverse the appearance of skin damage caused by exposure to environmental aggressors. And Olay narrow in on niacinamide, found in all the anti-ageing ranges such as Olay Regenerist and Total Effects, to improve hydration and strengthen the skin barrier to fight external damage and inflammation in skin cells. Finally, Clinique’s Super City Block Oil-Free Daily Face Protector Broad Spectrum SPF 40, used with the 3-Step Skin Care System and skin cleansing brush, is proven to rid the skin of PM 2.5s.

Another way to prevent damage is to be aware of the toxicity of your environment. Avon carried out a UK-wide study last year that calculated the worst cities for “urban dust”. The results? Edinburgh and Preston had the lowest air pollution with levels of 26/100 and 29/100, and London naturally lost the battle of the toxic avengers with 99/100. As for a shopping trip to Oxford Street? Those pollution levels make an online splurge suddenly much more tempting.

BEAUTY FROM THE INSIDE OUT 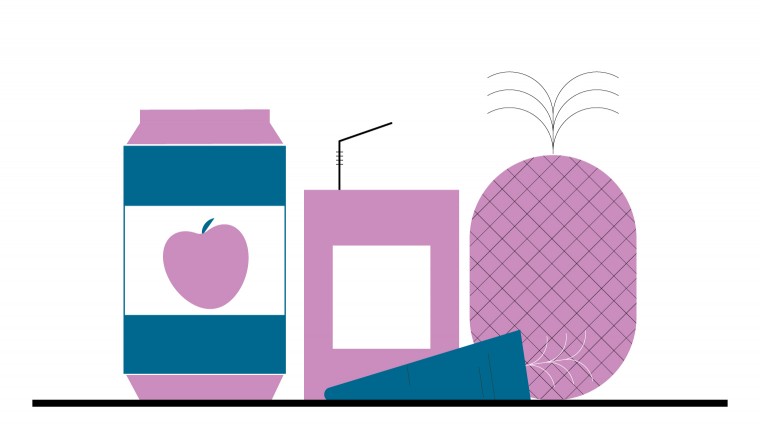 It’s a time-consuming business aspiring to be beautiful. But could popping a pill or necking a drink created specifically to enhance skin be a quicker route towards improved skin?

According to Mintel’s Facial Skincare – UK, May 2014 report: “Fourteen per cent of people take vitamins and supplements to improve their appearance, and a high proportion of consumers show an interest in trying [those] with appearance benefits.”

Yet consumers and dermatologists have long been cynical about so-called nutri-cosmetics, hence brands are now carrying out independent studies to prove their veracity. Take Gold Collagen, which in a nine-week clinical trial saw subjects showing an increase of 20 per cent in skin elasticity, fine lines reduced by 15 per cent and their depth decreased by 27 per cent. Meanwhile Skinade’s studies claim that 91 per cent of subjects saw a 28 per cent increase in their skin hydration, demonstrating that its drink packs a punch in terms of what they claim would never be as effective in a pill.

On that note, possibly the best-known brand of skin pill supplementation Imedeen shows proof of efficacy with the DermaScan that customers are led through  in Boots, measuring the condition of the deeper layers of the skin before and after three months of popping the pills. Of course, results vary, but it inspires confidence by showing the customer a degree of proof.

All three are rich in substances derived from fish, a popular choice, but according to the co-founder of Los Angeles-based vitamin brand Hum, which offers half a dozen beauty lines, not all oils are created equal. “You need to source omega oils from smaller fish that only eat plankton, such as sardines and anchovies,” says co-founder Christopher Coleridge. “Larger fish accumulate toxins over time from eating those smaller.”

How effective are these products?  “Omega 3 oils do work well for the skin,” says Dr Penelope Tympanadis, a Harley Street consultant dermatologist. “The main point is that if you want to live well and eat well, you hardly need any supplements.”  London-based naturopathic specialist Nigma Talib suggests following your gut. “If you are not digesting properly, you won’t absorb supplements, so even by getting that corrected you will have fewer spots and less puffiness.”

But it’s not time for skincare to resign its commission – nutri-cosmetics will only be effective if combined with a good skincare regimen. In life there are no short cuts, beautiful skin included.

HOW POLLUTION IS AFFECTING YOUR SKIN – AND HOW TO FIX IT

Air pollution has a direct effect on health and, more particularly, on the lungs. It is also very harmful to the skin. Pollution particles, sometimes 20 times smaller than pores, can infiltrate deeper layers of the epidermis, causing not only inflammation and dehydration, but also a cellular-level reaction that leads to lost elasticity and firmness.

Washing your face thoroughly every day is a critical step in reducing the burden that pollution puts on your skin. The goal is to get everything off without too much scrubbing, drying or irritation, which can exacerbate skin conditions such as acne.

Most dermatologists agree that antioxidants help fight free radical damage and can help maintain healthy skin. To help protect skin, layer on a serum with antioxidants after cleansing in the morning and do the same at night to bolster its repair process. Also eat antioxidant-rich foods such as blueberries, leafy greens and beans.

Moisture is crucial in pollution protection because hydrating agents help strengthen the barrier function of the skin.