The big players in pharmaceuticals, along with niche biotechnology companies, are forging ahead with new drugs that will help patients to heal themselves.

The leap forward has come from scientists unpicking the seams of the molecular cloaks cancers use to evade the body’s immune system and mutate. They cunningly employ receptors on their cell surface to demilitarise the defensive white blood cells, or T cells, which patrol our body checking for invaders such as a virus or tumour.

The T cells should attack but become neutered and leave the tumour free to wreak havoc.

Immunotherapy has been a concept for more than a century, but the challenge has been to understand how cancer switches off the T cells and then to discover effective therapies to reboot the immune system into tumour-kill mode.

Drugs known as checkpoint inhibitors are being developed to make tumours visible to the T cells, and other research is advanced in techniques of removing the cells, engineering them to recognise cancers and then infusing them back into a patient where they proliferate and combat the disease.

Spectacular results have already been achieved in early trials and immunotherapy drugs to treat melanoma, a severe skin cancer, have been approved and are giving thousands of patients a longer life.

Northwest Biotherapeutics is conducting groundbreaking clinical trials to weaponise the body’s powerful dendritic cells, and there is hope that 50 per cent of all cancers will benefit from immunotherapy as we grow to understand more about the complex interplay between cancer cells and the body’s immune system. 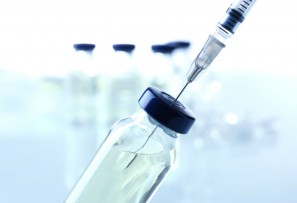 “Cancer immunotherapy has waxed and waned over 150 years, but has made a dramatic comeback during the last five to ten years with a number of drugs being approved,” says Robin Jones, consultant medical oncologist at London’s Royal Marsden Hospital, who specialises is soft tissue and bone sarcoma. “In some cancers, there have been dramatic improvements with patients, who would have faced an immediate death sentence, now living with it for long periods of time. It almost turns cancer into a chronic disease.

“One of the beauties of immunotherapy is that it seems to work well in complex tumours with high mutational load. Using the body’s own system to fight the cancer appears to be more effective and produces more durable benefit than introducing a conventional drug, which artificially blocks one or more pathways that the tumour can easily circumvent.

“I am very excited by some of the work we are doing to improve things for our patients – many of whom are young and have particularly aggressive disease – making their lives and their families’ lives better. The prospects are exciting, but we need more clinical trials and greater collaboration, particularly with the rarer cancers.”

Professor Robert Watkins, director of medical oncology at Manchester University, has just launched the ATTACK trial of 72 stomach cancer and melanoma patients across Europe to determine the efficacy of gene-modified T cells.

His adoptive cell therapy system harvests and genetically arms a patient’s T cells with special receptors on their surface, called chimeric antigen receptors (CARs), which are designed to unmask tell-tale proteins on tumour cells when they are returned to the patient via an intravenous drip.

“There has already been great success in melanoma, so the challenge now is to show you can control tumours for a long period in a good number of patients,” says Dr Jones.

The potency of CAR T cells is revolutionary. “These are powerful therapies with enormous impact,” says Stan Riddell, of the US Fred Hutchinson Cancer Research Center in Seattle. “Patients with acute lymphoblastic leukaemia, who have failed everything, are being put into remission with a single infusion of a very small dose of these CAR T cells.”

Laboratories are building up libraries of “off-the-shelf” receptors which can be positioned in T cells to help them lock on to a range of tumour targets. But Dr Riddell also believes immunotherapy will need to be paired with conventional therapies to get the best results.

“We are in an exciting time because we have the technology to understand the entire genome of a tumour,” he says. “We can sequence it and understand what genes are being expressed. In some ways it is a golden age of opportunity, but I don’t think it is a golden age for patients just yet as a lot of work still needs to be done to translate the potential into therapies. But there is great excitement because we are starting to see what is possible.”

Dr Sergio Quezada, of University College London, is researching how to outwit cancer mutations. “There is much work to do, but the landscape will change,” he concludes. “There is a lot of hope that there will be cancers, which will be easier to target, resulting in better treatments and survival rates.”

One of the most exciting developments in immunotherapy is adoptive cell therapy or ACT, a process whereby T cells or T lymphocytes – a type of white blood cell essential for human immunity – are revitalised in a laboratory and then returned to the patient where they proliferate and overwhelm cancers.

Doctors take a tissue sample from around the cancer site where there has been anti-tumour activity and separate out the T cells, which are then cultured and engineered to respond to tumour receptors.

They are delivered back into the patient via intravenous drip and can now infiltrate tumours in large numbers and destroy them.

It has been described as giving a patient a “living drug” and, although only administered in small clinical trials, several have entered remission or become cancer free.

In an early-stage clinical trial at the Children’s Hospital of Philadelphia, 89 per cent of acute lymphoblastic leukaemia patients not responding to conventional therapies went into complete remission after receiving T cells redesigned to recognise and target the cancer’s specific protein.