The cosmetic surgery boom is being fuelled by our insatiable appetite for looking good and staying youthful, as well as the proliferation of technological advancements and less invasive alternatives to full cosmetic surgery. Just check out the images of Kim Kardashian’s vampire facial, Kylie Jenner’s lip fillers, Brazilian butt lifts or breast enhancements on Instagram and Snapchat if you want to know what’s trending.

According to the latest figures from IMCAS, the International Master Course on Ageing Skin, Europe’s cosmetic market is growing at a rate of 6 per cent a year across all segments. By comparison, the United States shows 7 per cent annual growth, Latin America is almost 9 per cent and the Asia-Pacific region has the highest growth of more than 13 per cent.

The European market is worth €1.7 billion (£1.4 billion) in 2016 and should reach €2.2 billion (£1.8 billion) in 2020. The two segments with the highest market share were injectables (botulinum toxin, fillers, fat, platelet-rich plasma) at 39 per cent and energy-based devices (lasers, radio frequency, ultrasound, cryolipolysis) at 29 per cent. Body contouring systems were noted to have the highest growth rate in the latter category of 13.6 per cent a year. 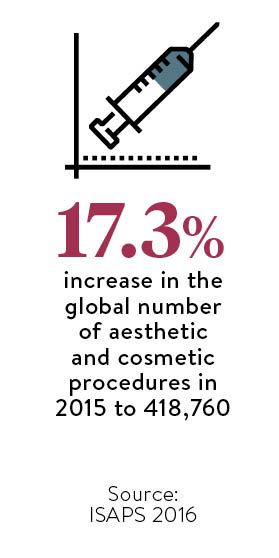 Similarly, the International Society of Aesthetic Plastic Surgery released statistics in July on the top five non-surgical procedures around the world to be botulinum toxins, hyaluronic acid fillers, hair removal, photo rejuvenation and non-surgical fat reduction. Whereas surgical procedures, such as facelifts, rhinoplasty or breast augmentation, are performed by licensed surgeons who have proper training, when it comes to anything less than surgery, such as injectables, intense pulsed light and skin tightening devices, the rules are far more lax. In the UK, for example, non-medically trained individuals may perform some of these procedures in beauty clinics and spas.

So is it really any wonder that consumer confusion abounds on how to choose the right practitioner and the right procedure?

“The cosmetic sector has seen a 300 per cent rise in popularity over the last decade with one in ten procedures being non-surgical. This is a result of improvements in safety, efficacy and reduction in downtimes, and is further fuelled by heightened media exposure and celebrity endorsements which have removed some of the stigma attached to ‘having work done’. But this rapid growth has undoubtedly exceeded the improvements in regulation of the industry which should go hand in hand,” warns Rajiv Grover, London plastic surgeon and former president of the British Association of Aesthetic Plastic Surgeons.

“The PIP breast implant crisis in 2012 and subsequent Keogh Review in 2013 shone a light on the sector underlining what it called, some ‘grubby’ practices. To address these concerns the Department of Health has committed to establishing a national breast implant register by 2017, allowing accurate tracking of implants and providing an early warning system of problems.”

Injectable fillers and botulinum toxins are another category where there is cause for concern. “The Keogh Review also emphasised that injectable fillers were a ‘crisis waiting to happen’. The recommendation here was that fillers be reclassified so that they became prescription-only. This would allow better licensing of products as they would be tested like a medicine rather than just a medical device,” says Mr Grover. As he points out, this benefit could only be legislated after Europe-wide approval by all 28 European Union member states and Brexit now provides a means for the UK to set its own regulations for the cosmetic sector.

Current EU legislation does not classify fillers as a medicine or drug, but as a medical device, so the scrutiny is less intense. EU medical device regulations only require products to carry a CE or European conformity marking. These disturbingly minimal regulations place the onus on consumers to rely on claims from distributors and manufacturers about the safety and performance of their products, which can be risky. Therefore, choosing a qualified practitioner who can be trusted to offer rock-solid recommendations and operates a professional and fully registered clinic is essential.

The problem of products being launched before physicians have had sufficient opportunity to evaluate them is certainly not unique to the UK. New treatments promising permanent results and painless miracle cures with no downtime are promoted constantly in the media both here and in the United States.

As tempting as they may sound, consumers should not be afraid to ask a slew of hard questions about how it works, what it treats, how much it hurts, is it safe for their skin type and what the alternatives may be. Before signing up, it is also prudent to inquire how many people have been treated and if there are any published clinical studies available, and to request to see real patient photographs to judge whether the results live up to the promises. 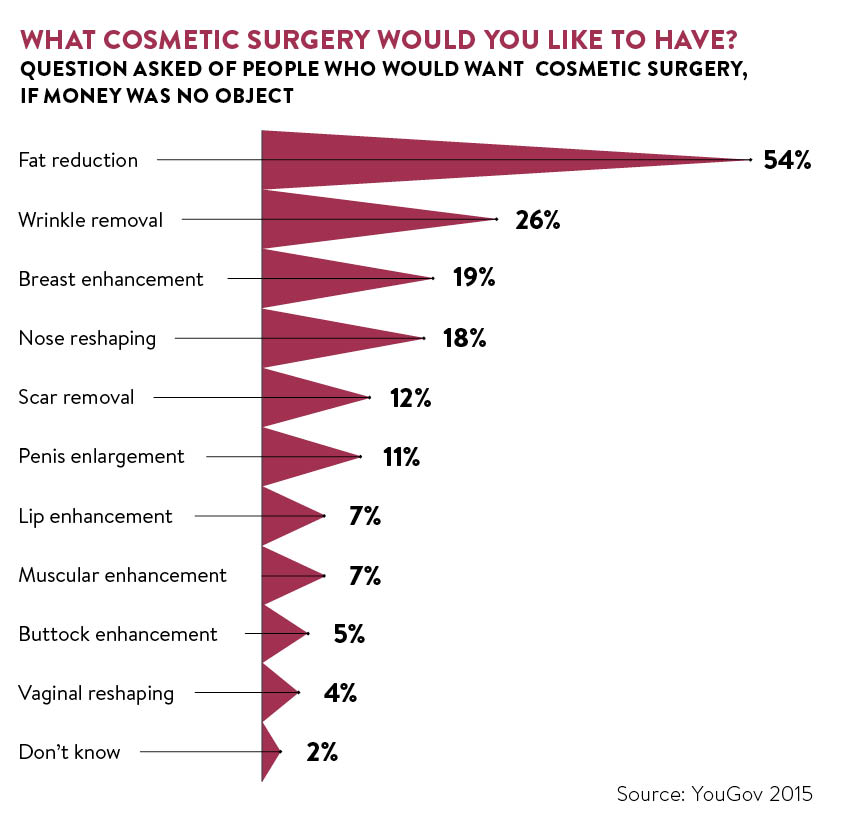 According to Dr Constantino G. Mendieta, chairman of the Media Committee of the American Society for Aesthetic Plastic Surgeons: “It’s about time we started demanding more of claims made by industry. The marketing machine behind new treatments and products is driving consumers to ask surgeons to offer many procedures that have not been proven or may not have enough research behind them to substantiate claims.

“Surgeons are often driven by this demand fearing they may miss the next greatest thing since sliced bread, forcing them to jump into technology that may not be proven only to realise the results don’t accomplish what was claimed. We welcome setting standards and having more research prior to mass marketing.”

Many cosmetic surgeons have become increasingly cynical about newly launched aesthetic treatments and tend to take a wait-and-see approach. “We have seen many companies come and go in aesthetic medicine, but the brands and products that have stood the test of time have invested heavily in clinical data, physician and staff training, and good outcomes. I do not bring a device into my clinic unless I am convinced first and foremost that it is safe, and secondly that it is effective and delivers results,” says New York facial plastic surgeon Dr Samieh Rizk.

Mr Grover concludes: “It is important to remember that these are medical procedures and they have risks as well as benefits. Caveat emptor [buyer beware] should be applied when considering some of the non-surgical treatments reported in the press. If something sounds too good to be true, then it probably is.” 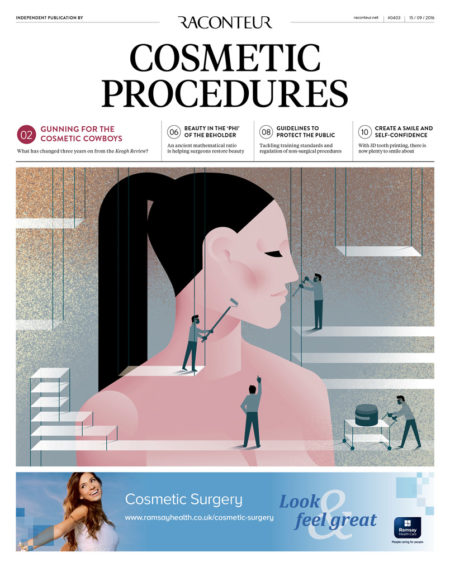 Has the cosmetic procedures market cleaned up its act?

Staying safe amidst the hype for cosmetic procedures

Is the golden ratio the secret to a perfect face?

Call for stricter guidelines in the cosmetic procedures industry