When compared to the likes of turmeric lattes, yoga retreats and veganism, sleep doesn’t feel like a trend. But sure enough, publications such as Glamour magazine and Fast Company have declared it as one of the biggest wellness trends of 2019.

Following media mogul Arianna Huffington’s assertion of a few years ago that “sleep deprivation is the new smoking”, people are literally waking up to the benefits of a good night’s sleep. But it seems there’s no such thing as a level playing field when it comes to quality shut-eye.

Life shapes sleep and sleep enables life to be a little bit better, but if you’re poor, your sleep will suffer

“An entire wellness movement has popped up around sleep, but so much of it speaks about sleep as if it’s a choice,” says Louise Tyler, British Association for Counselling and Psychotherapy-accredited counsellor. “There are all sorts of reasons, from socio-economic to gender, that impact people’s ability to sleep. It’s unfair to assume that people are choosing not to. Sleep can be a privilege.” 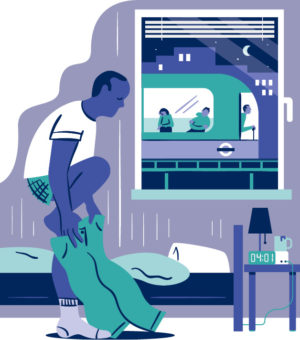 What seems like a natural activity is just not that simple for many. While there are a range of solutions being offered to improve people’s sleep, from nutrition advice to counselling and even black-out curtains and silk pillows, these options aren’t available to everyone.

“Life shapes sleep and sleep enables life to be a little bit better, but if you’re poor, sleeping in crowded, noisy conditions, not eating well or you have a lifestyle that means you’re out late into the night working, your sleep will suffer,” says Professor John Groeger from the School of Social Sciences at Nottingham Trent University.

“If sleep is shortened, it is less restorative and you will be less likely to recover from the challenges you faced during the day and those of the day following. Circumstances such as where you sleep and your job play a role, but so too does education, and unfortunately educational opportunities and wealth are closely connected.”

So is it fair to say that the rich sleep soundly? Professor Groeger acknowledges that those on the opposite end of the spectrum have their own challenges when it comes to sleep, but points out they are often better equipped to deal with them. “People who earn tremendous amounts of money have wonderful lifestyles, but also huge amounts of stress in terms of performance. That said, they do probably have more opportunity to take a holiday, to shorten their working day or to avail themselves of treatment.”

Why women aren’t getting enough sleep

Those on low incomes are not the only ones at a disadvantage in the world of sleep. Women are facing something of a sleep gender gap. According to Jim Horne, neuroscientist and author of Sleepfaring, women need 20 minutes more sleep than men. But performance analytics company Firstbeat has found that women aren’t getting what they need.

“We have found that while in general women are sleeping for longer, their quality of sleep is not as good,” says Tiina Hoffman, sport scientist at Firstbeat. “The percentage of recovery from the day before is lower.”

There are potentially both biological and social reasons why women are not able to get as much from their time in bed. “The female physiology, hormones and the menstrual cycle are most likely factors,” explains Ms Hoffman. “At different stages throughout the cycle, women can experience pain, higher than usual hormone and stress levels, which impacts the quality of their sleep.

“But anecdotally, although it seems old fashioned, many women also tell us they’re busy with chores and childcare in the hours before bedtime, which leaves their minds in a more active state.”

Dr Katherina Lederle, author of Sleep Sense and founder of Somnia, agrees. “Menstruation and the menstrual cycle, going through menopause, pregnancy; all of that and the related hormonal fluctuations have an impact on our sleep and our sleep experience. Meanwhile, as primary caregivers, combined with a day job, women often have a double role,” she says.

Does your race have an impact on sleep quality?

There are certainly some social and biological factors at play. But are there also racial ones? An experiment started in 2005 by the University of California, San Diego, spent five years studying the brainwaves, eye movements and breathing of sleeping participants. It was particularly interested in what’s called slow-wave sleep, thought to be the most restorative part of sleep. 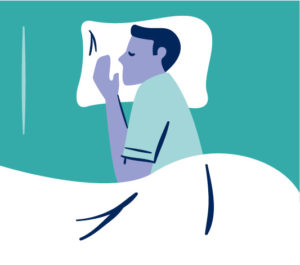 In some cases, however, this has been put down to social factors. “I don’t think there’s any reason to believe there are racial differences in sleep,” says Professor Groeger. “Different races have different challenges depending on where they live. If we’re talking about people living in what you might call advanced society, such as the US, it’s going to come back to poverty.”

Using the example of African-American or black participants, he wonders how much of the discrepancy is due to diet and disadvantage. “If you were to study a group of white people who are equivalently disadvantaged, you would find no difference. The biology is not that different, superficially perhaps, but not fundamentally,” he says.

Even if race is irrelevant, it remains true that your place in society, along with factors such as gender, do impact your ability to get the full benefit of restorative sleep. What many people stand to gain is meaningful. “If everybody got the sleep they needed, it would protect their health, their mental wellbeing, their ability to learn effectively and to make better decisions,” says Professor Groeger.

What should you do if you aren’t sleeping well?

Some experts believe we’re all in a bit of trouble in this department. Demographics aside, Professor Matthew Walker, director of the Center for Human Sleep Science at the University of California, has described the current situation as a “catastrophic sleep-loss epidemic”, with health implications ranging from cancer to heart disease and Alzheimer’s.

Others, however, are keen to point out that these kinds of statements are almost as damaging as the lack of sleep itself. “The worst enemy of sleep is anxiety and so much of what we’re reading at the moment is creating exactly that,” says Ms Tyler. “The main thing to remember is that sleep is a natural biological process. The more you worry about it or try to control it, the more likely you are not to sleep.

“If you’re struggling with insomnia, as opposed to wilfully missing out on sleep, ignore the scaremongering, the wellness brigade ‘rules’, stop overthinking what is a natural impulse and rest assured that nature will take its course.” 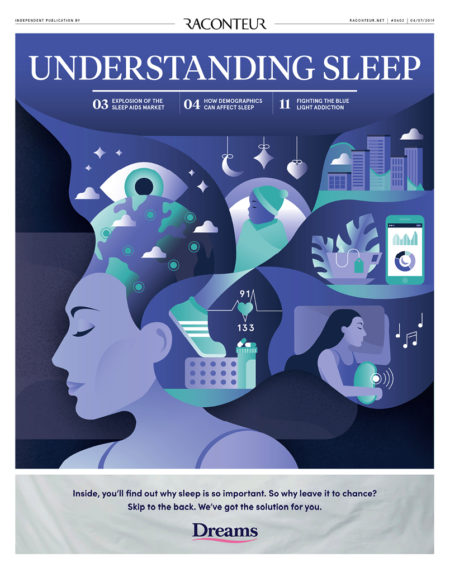