Sleep paralysis is a benign condition that is simply explained by sleep science, but it can be terrifying and unsettling for those that experience it regularly 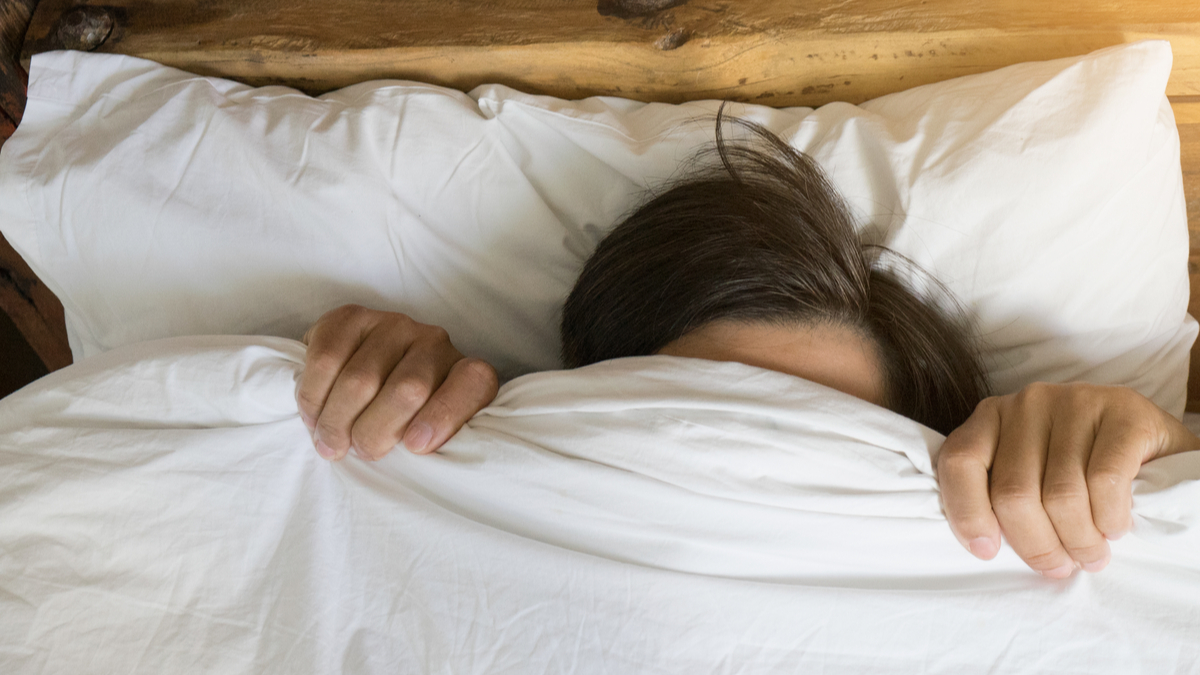 Imagine waking in the night to find yourself totally unable to move, pinned to the bed, having apparently lost all muscle function. Add to this a feeling of pressure on the chest, or the vague sense of a dark presence lurking in the room, just out of sight. This horrific scenario might naturally give rise to fears of a severe neurological lapse such as a stroke.

The reality is actually much less concerning. Sleep paralysis is a condition that may affect around 8% of the population at some stage of their lives, often in childhood or adolescence, though for a smaller proportion it occurs regularly and persists well into adulthood. Although well understood by experts and not considered to be harmful, sleep paralysis can be a terrifying experience, even for those that are very familiar with it.

Waking up with an inability to move

Suhayb Sharif, 28, is a management consultant at KPMG in London and considers himself to be a fairly normal young professional, with an active, healthy lifestyle. He has been experiencing sleep paralysis since his teens and even though he is now reasonably familiar with the disorder, it doesn’t lessen the impact of an episode.

“To some extent I know what to expect and there are recurrent themes and triggers that I recognise, but there is an element of fear and panic every time. Although I can easily rationalise it, the panic outweighs the rational mind during an episode and I am often overwhelmed by fear,” Mr Sharif explains.

The symptoms of sleep paralysis are not always identical, but the key point is the temporary inability to move. The science behind this paralysis is fairly straightforward. Physicians explain that rapid eye movement (REM) sleep – the type of sleep during which dreams typically occur – involves an almost complete loss of muscle function. Sleep paralysis occurs when that muscle function fails to return for a short period upon waking.

“During REM sleep, we all experience muscle atonia – the loss of muscle tone – which is an evolutionary mechanism that probably stops us from acting out our dreams. Sleep paralysis occurs in the transition into or from sleep, where this atonia persists into wakefulness for a few seconds or minutes,” says Dimitri Gavriloff, clinical psychologist and course tutor in sleep medicine at the Sleep and Circadian Neuroscience Institute at the University of Oxford.

Sleep paralysis is a relatively under-researched phenomenon and the data is fairly scarce. While recent studies suggest roughly 8% of the population will suffer from sleep paralysis at some stage, it is believed to be more common among students and those with psychiatric problems.

The physiological mechanisms that cause the loss of voluntary muscle function to persist into wakefulness not entirely clear, but some suggest it may be more common in those that sleep on their back, while sleep deprivation, irregular sleep routines and psychological stress are believed to increase the likelihood of sleep paralysis.

“Sleep paralysis occurs because the brain is not quite as slick as it should be at switching between the different stages of sleep, so this element of REM sleep persists into wakefulness. Anything that disrupts normal sleep can give rise to sleep paralysis, so that might include sleep deprivation, anxiety, and certain types of sleeping tablets that cause a weakening of the muscles,” says Guy Leschziner, consultant neurologist and service lead for sleep disorders at Guy’s and St Thomas’ Hospital in London.

Dr Leschziner, whose new book The Nocturnal Brain: Nightmares, Neuroscience and the Secret World of Sleep includes a chapter on sleep paralysis and hallucinations, explains that while episodes could easily be confused with other conditions such as epileptic seizures or strokes, it is usually fairly straightforward to diagnose and treat.

“In most cases, the priority is to reassure patients that sleep paralysis is not dangerous or threatening and there will be no lasting effects. Reassurance is often sufficient, but for people who suffer more regularly or severely, we would address potential triggers to help them reduce the frequency of episodes, and may consider medication in some cases,” he says.

What are possible treatments for sleep paralysis?

Mr Sharif has never sought treatment for sleep paralysis and has learnt to manage the condition over the years. While he cannot be sure when an episode will occur, he recognises certain triggers such as overtiredness or alcohol consumption may increase the likelihood of an episode. He has also found that the best way to deal with it is often to go back to sleep, rather than trying to fight it.

Sleep physicians encourage these kind of self-management techniques, and most will only prescribe medication as a very last resort for those patients whose daily lives are heavily impacted by sleep paralysis.

“Reassurance often plays a big part in the treatment because although sleep paralysis is generally benign, it is often associated with feelings of fear. The key factor for us is really the impact of sleep paralysis – if it is regular and is causing significant distress, seeing people in clinic to help them understand it and what might increase the likelihood of an episode is important, so that they can better manage it,” says Dr Gavriloff.

While clear explanations and helpful reassurance may be the best treatment for sleep paralysis, physicians must still be thorough in their examination of patients. One reason is that sleep paralysis can be a symptom of narcolepsy, a more serious condition that causes a person to fall asleep unexpectedly and may have a much greater impact on daily life.

“Excessive sleepiness is the most significant symptom of narcolepsy, but many patients may also have sleep paralysis or hallucinations because they enter REM sleep directly from being awake. If someone has frequent sleep paralysis and is also sleepy during the day, testing for narcolepsy would definitely be advised,” says Irshaad Ebrahim, consultant neuro-psychiatrist and medical director at the London Sleep Centre.