Medication adherence is one of the greatest health challenges of the 21st century, with up to half of all medicines prescribed for long-term conditions not taken as intended 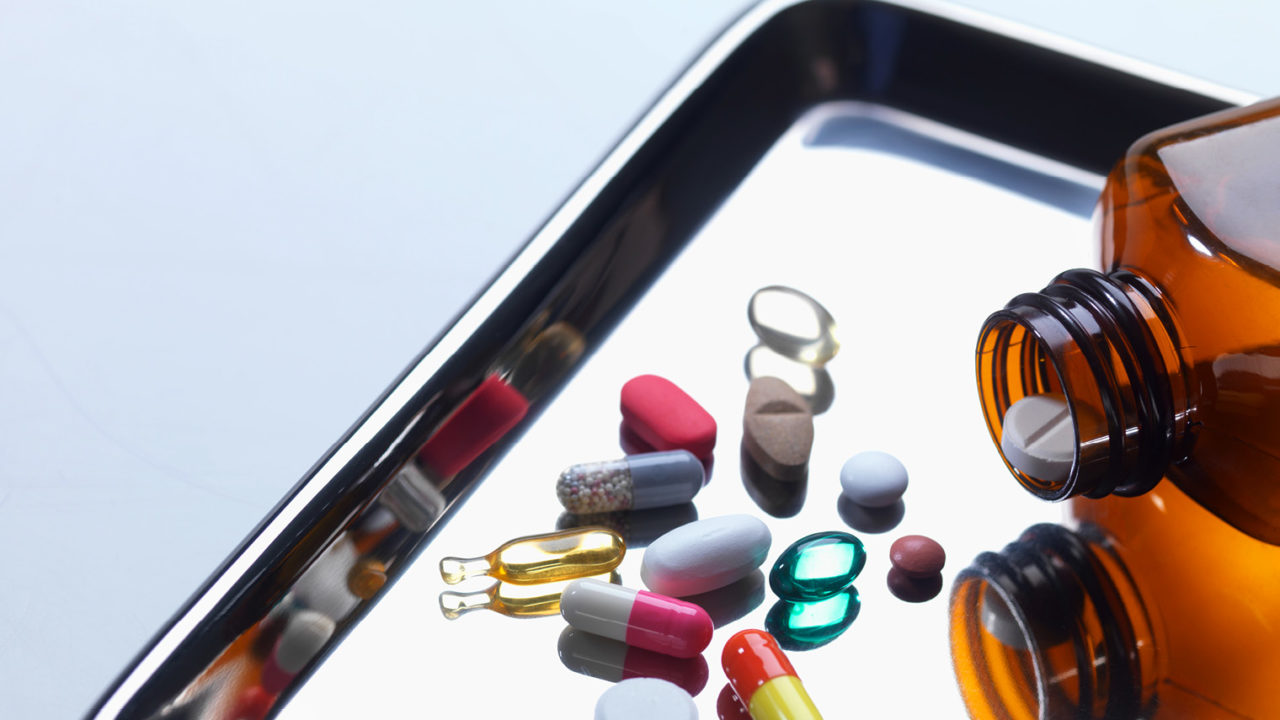 Annual cost to the NHS of patients failing to take their medication is estimated to top £300 million. In addition, non-adherence commonly results in otherwise avoidable hospital admissions. The World Health Organization warns that poor adherence to treatment of chronic diseases is “a worldwide problem of striking magnitude”, affecting both developed and developing countries.

While it may seem odd for patients not to take the medicines that could make them better, there can be valid reasons, says Royal Pharmaceutical Society president Ash Soni. These include side effects, fear of drugs, lack of understanding about what to take and when, and the overwhelming complexity of multiple medicines.

Telling patients about the financial costs to society had no benefit

Patients may also have diseases where poor medication adherence does not initially present any symptoms or they may be influenced by the media, friends and family giving conflicting information.

“As pharmacists, we have the ability to be more forensic in thinking about the impact of the medicine on the patient,” says Professor Soni. “We need to think about the potential side effects and how these impact on the patient’s lifestyle. From a patient’s point of view if a medicine is a diuretic, for example, they might be worried about being able to find a toilet when they are out.

“Being able to have open and honest conversations can enable us to allay patients’ fears and find a solution that helps them take their medication.”

Although the authoritarian doctor-patient relationship has diminished with a shared decision-making model promoted by the NHS, research shows that patients often lack honesty about the extent of their medication adherence.

This is where pharmacists play a key role, says Professor Soni. “Pharmacists are accessible and knowledgeable so help with that open, trusting relationship,” he points out.

“People do turn to ‘Dr Google’ and we can use that as a springboard to talk about their concerns. This is about giving patients permission to ask those questions, moving towards that shared decision-making.”

The Royal Pharmaceutical Society has developed its own medicines optimisation strategy, supported by NHS England, putting a patient-centred approach at the heart of improving medication adherence, to improve health outcomes while reducing waste.

And the NHS has recognised the important role played by pharmacists, outlining a desire to “make greater use of community pharmacists’ skills and opportunities to engage patients” in the NHS Long-Term Plan published this year.

It has committed more than £100 million to support an extra 1,500 clinical pharmacists to work in general practice by 2020.

This is a really positive step, says Primary Care Pharmacy Association vice president Graham Stretch. “From a general practice perspective, these are new monies that have been put in to recruit and train new pharmacists, whose role is to be accessible and deliver understanding to patients,” he says.

“The skill of pharmacists is in helping patients understand we can keep them well, by relating the benefits of taking these medicines to their life.” 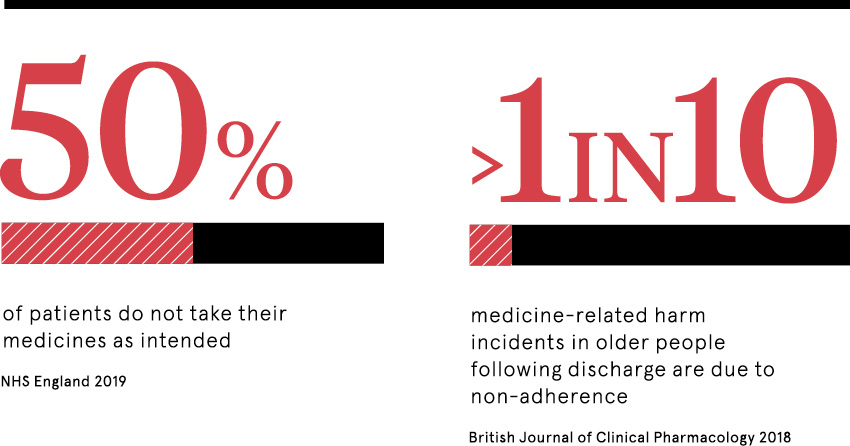 Meanwhile, there’s a multiplicity of initiatives aiming to tackle medication adherence in the UK and internationally.

Claire Dearden, the CCG’s medicine optimisation delivery manager, says the scheme’s success came down to collaboration. “Looking at the whole patient pathway is essential,” she says. “Engaging with stakeholders for co-creation and behavioural change was a key success.”

The campaign has now been refreshed for a pan-Staffordshire approach under the banner Medicines Matter, and is sharing messages through posters and social media platforms to reach as many people as possible, says Ms Dearden.

Foremost for patients with complex medication needs, the use of technology can be pivotal.

Researchers from the University of Sydney who studied patients with coronary heart disease found their medication adherence improved when they used a smartphone app to help remind them to stay on top of their treatment.

“It’s exciting that a basic app – some of which can be accessed for free - could help improve people’s medication use and prevent further cardiovascular complications,” points out Dr Karla Santo.

And with apps including features like audio and visual reminder alerts, medication tracking, prescription reordering reminders and even peer support, the smartphone revolution could bring a change in medication adherence.

New studies show how medication adherence can be improved 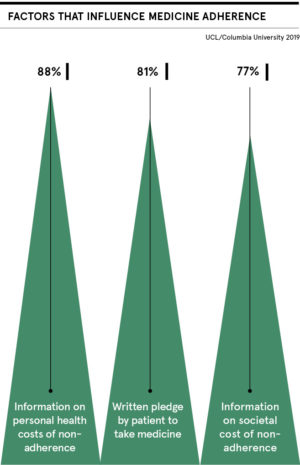 A UK Department of Health-funded study, published in March, of 16,000 patients across 278 pharmacies, found that patients were more likely to take their medication when impacts were individually relevant to them.

Pharmacists taking part in the study, conducted by researchers from University College London and New York’s Columbia Business School, asked patients to sign a sticker affixed to their medication packaging, committing themselves to completing the medication. Messages focused either on adverse impact to patients’ own health or on financial costs to society.

Dr Joe Gladstone, assistant professor at University College London, who co-led the research, says: “By emphasising to patients that not taking their medication had a personal cost to them, by potentially harming their health, this improved their likelihood to take their drugs. An important finding was that telling patients about the financial costs to society had no benefit.”

Following the results, Boots UK is now working to understand how the findings can be introduced into wider community pharmacy practice, with a randomised control trial expected in 2019-20.

Ultimately, the drivers of success in improving medication adherence are around communication and collaboration, says Dr Stretch at the Primary Care Pharmacy Association. “Active listening is a large part of that. We need to frame information in a way that is accessible and understandable for patients, and gain their confidence to find out why they don’t like taking a certain medicine.

“After all, we can only manage illnesses properly if patients are taking their medicines.”