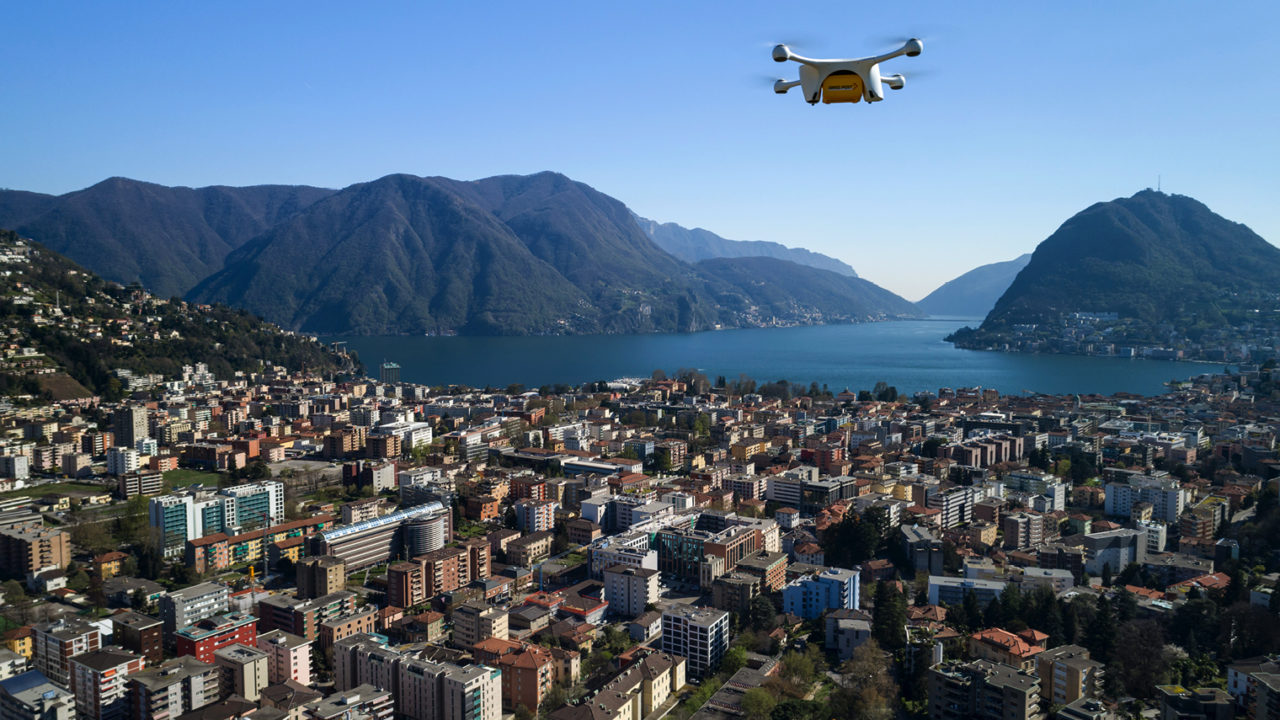 The traffic-clogged highways of major cities and forbidding terrain of remote districts presents the ultimate challenge to urgent medicine, but the skies could soon be alive with salvation.

Drones and small fixed-wing mini-planes are proving they have the reliability to match technological promise in a series of trials ferrying medication, blood supplies and laboratory samples to isolated communities.

But pilotless flights also have the potential to impact urban areas and a recent feasibility study found that the rapid transport of medical supplies between hospitals, which need frequent and time-sensitive deliveries, is feasible.

It focused on the potential of connecting London’s 34 hospitals and 28 accident and emergency departments with a drone flight grid to soar above the capital’s congested roads where traffic speeds can be as slow as eight miles per hour.

The urban proof of concept has been established in the Swiss cities of Bern and Lugano, which have a prototype drone courier service between hospitals that is two-and-a-half times faster than bikes or vans.

The Flying High study, compiled by innovation charity Nesta, modelled the use of drones with a two-kilo payload making two to four-minute flights between neighbouring London hospitals Guy’s and St Thomas’ which, although less than two miles apart, are on hugely busy roads.

It highlighted the need to redraft legislation, work through logistical challenges and ensure safety, but concluded: “We find this use-case technically feasible; economic feasibility of a small-scale service would be challenging, but could be compelling at larger scale.”

How drones can help delivering vital supplies to remote areas

Drones taking to the skies to transform public health is already well advanced in Africa with DHL’s Parcelcopter, which can carry loads of up to four kilos, completing 180 take-offs and landings, and logging 2,000 flying minutes in the Deliver Future project.

It has been able to reach a remote island district of Lake Victoria, in Tanzania, in less than an hour compared to the six-hour journey time via road.

Zipline, a small GPS-guided fixed-wing-style airplane capable of cruising at 80 miles per hour, has also proved its worth in Rwanda, central Africa.

The service takes text or WhatsApp orders from doctors in remote areas and loads up its craft, which is catapulted into flight from a metal rail at its central base. It flies at an altitude of 500 feet before descending to around 20 feet to release its package attached to a parachute that floats to pinpoint delivery sites.

The 15 Zips in Rwanda have flown more than 200,000 miles, delivering 7,000 units of blood in 7,500 on-demand flights. Its future cargos will include HIV medicine, snake anti-venom and drugs for rabies, which kills around 2,000 people, mainly children, a year in Tanzania.