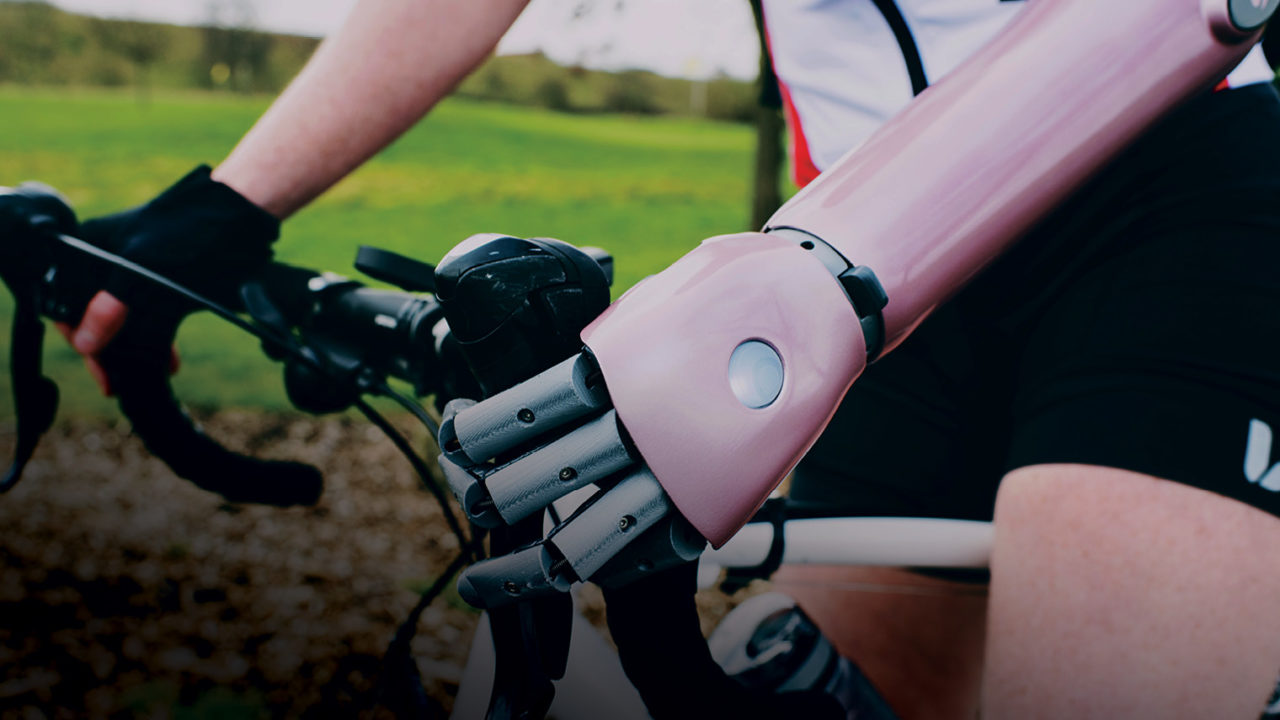 Prosthetics, once a healthcare outlier of wood, leather, tin and a clanking delivery, are in the spotlight as a supercharged sector crackling with potential from bionics and advanced technology.

Shoulder harnesses and fixed-joint legs were still common until recent years, but now engineers and scientists are pushing towards the tantalising prospect of false limbs powered by thought.

The rudimentary artificial limbs of Second World War heroes were hidden away under baggy trousers and jackets, and their stiff, awkward gait was, for many, a source of shame which hampered development.

But thanks to dedicated research programmes and the inspiring examples of successive Paralympics and Invictus Games events, prosthetics are now at the heart of a dynamic fusion of science, engineering and medicine.

Advances are opening unheralded opportunities for amputees and driving a future when the concept of cyborgs shifts from science fiction into reality.

“We have witnessed massive progress in recent years with technology and design innovation even though prosthetics is often seen as a poor relation of health,” says Brian Chenier, prosthetics support officer for Blesma, the limbless veterans’ charity, which champions independent lifestyles for its members.

“The prosthetics department was often shoved away in hospitals, but through the Paralympics and Prince Harry’s Invictus Games, it is becoming more mainstream. The future is very exciting.”

NHS England spends approximately £60 million on prosthetic services that support around 60,000 people who have lost limbs through trauma or suffer congenital limb deficiency. The burden is growing as the number of amputations accelerates. Diabetes UK recorded 26,378 lower limb amputations related to diabetes in England from 2014 to 2017, an increase of 19.4 per cent from 2010 to 2013.

The personal misery is profound and the £44-million-a-year price tag for dealing with a rising cohort of limbless from circulatory patients is troubling.

But the scientific and engineering community is rising to the challenge. The leather and tin have been replaced by light, flexible materials while artificial intelligence (AI), algorithms and implantable myoelectric sensors are driving a new generation of prosthetics that create a sense of touch for the wearer.

The big hope is from prosthetic technology and limbs that can be connected to the body’s nervous system and respond to the electrical output from natural thought; the biologic and robotic in harmony. It is a tantalisingly close prospect. 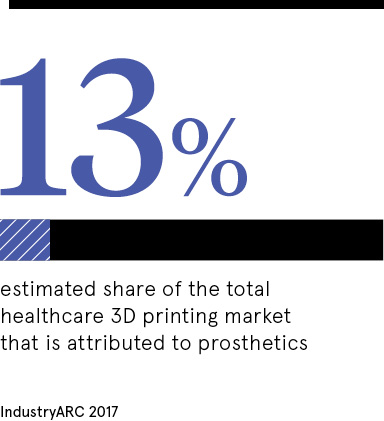 A project run by Icelandic firm Ossur has successfully implanted myoelectric sensors in the residual tissue of two Swedish leg amputees and both guinea pigs have demonstrated they can raise and lower their legs by thinking about specific movements.

“Mind-controlled bionic prosthetic legs are a remarkable clinical breakthrough in next-generation bionic technology,” says Jon Sigurdsson, the company’s president and chief executive. “By adapting not only to the individual’s intentional movements, but to intuitive actions, we are closer than ever to creating prosthetics that are truly integrated with their user.”

Innovation is always a big-ticket item and advanced prosthetics are out of the reach of most people and healthcare systems. A pair of micro-processor knees, for example, retail at around £100,000.

The global challenge is to bring that price down and Bristol firm Open Bionics is leading the way with a range of responsive bionic hands and arms that could be prescribed via the NHS or bought privately. The success of its Hero Arm for younger users, which can be customised with graphic designs, recently helped it raise £5 million from investors, including the Williams Formula 1 racing team.

But Professor Chris Nester, a foot and ankle specialist and academic director of Salford University’s School of Health and Society, believes a radical rethink in business models, currently dominated by low-volume, high-profit devices, is needed to get better prosthetics across wider markets, particularly emerging nations.

Professor Nester sees huge value in using AI and 3D printing to democratise devices, and the power of technology to feedback information from prosthetic limbs to clinicians and the NHS to create more efficient treatment pathways.

“We need cheaper prices. Many prostheses available in the UK are pretty expensive because there are not that many of them and the development costs are high,” he says.

“One of the most expensive elements is replacement parts, but with 3D printing you can just email a CAD [computer-aided design] file and it can be printed locally, which opens up potential for more people to benefit, no matter where they are.”

Adam Dengel, 30, has taken full advantage of the affordable and available technology by installing a 3D printer at his Barnsley home to create prosthetics for his four-year-old son Tommy, who was born with a short forearm and no hand.

Using a design provided by the Team UnLimbited charity, he now prints arm components, which he fixes together with fishing wire and orthodontic elastic bands, for £15. His son now has several different prosthetics that have helped him improve everyday functions.

However, the industry is fragmented with research often confined to silos, so a number of projects are being run to standardise parameters around hardware design, prosthetic control, amputee biomechanics and the use of software.

Blesma’s Mr Chenier sums up the huge promise: “Good prostheses can give people back their independence and this is, for many, life changing. There are some clear systemic challenges in terms of getting the technology to the people who need it, but the research is travelling at pace.”

Films featuring humanoid robots and cyborgs may soon have to be reclassified from science fiction to fact.