Thousands of sperm samples are imported to the UK each year to keep up with demand from fertility clinics. But why aren’t more British men donating? 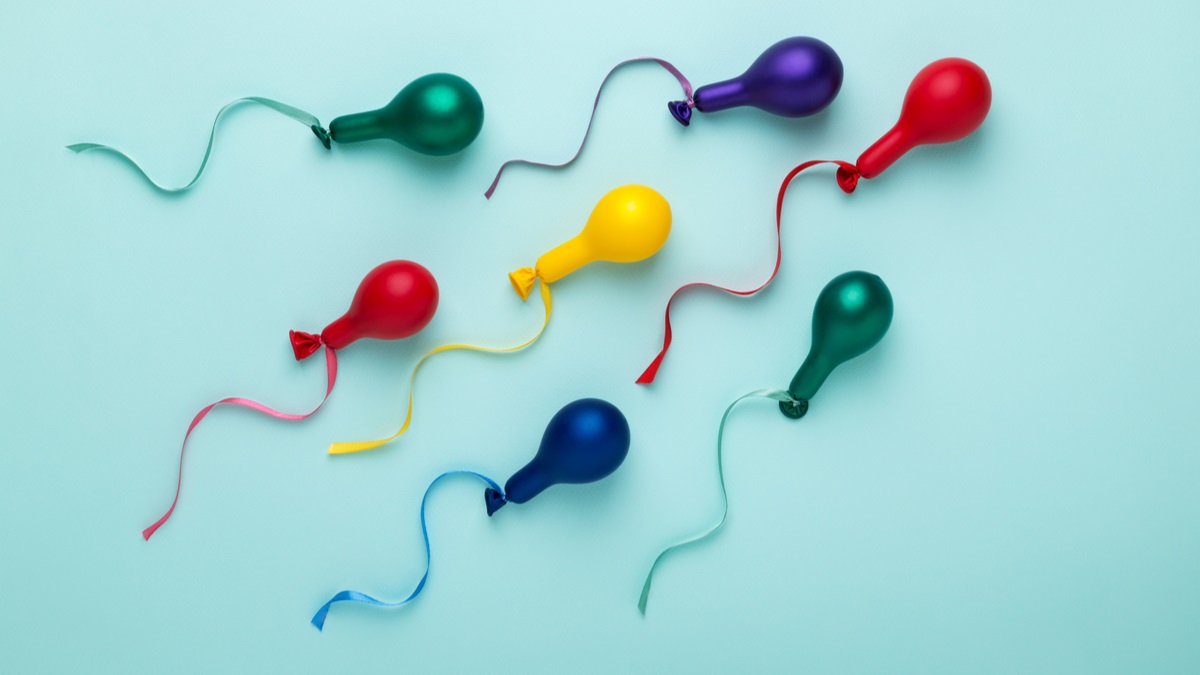 A millilitre of semen could contain more than 200 million sperm cells. But UK fertility clinics simply don’t have enough of it from British men.

At least 7,000 samples a year are imported to meet demand. American and Danish donors dominate the market for ejaculate, accounting for 49 and 45 percent of contributions to UK clinics from abroad, according to the Human Fertilisation and Embryology Authority (HFEA).

Professor Allan Pacey, professor of andrology at the University of Sheffield and spokesperson for the British Fertility Society, believes the shortage is not a new development. “I don’t think we’re in any greater crisis than we were 10 or 20 years ago. We’ve never had enough men donating sperm.”

What’s different now though is the increased demand. There’s been a surge of same-sex couples and single patients requesting fertility treatments in recent years, says the HFEA.

“There’s certainly been an increase in the number of people getting sperm from an overseas bank,” reveals Pacey. “I also know that UK couples and single women who want to start a family are going abroad in not insignificant numbers.”

He believes fewer UK men donating sperm than required has led to limited patient choice and increased waiting times for fertility treatment. And some potentially risky practices are occurring because of it.

“We know there’s this growing underground movement of people seeking donations informally from social media networks. I get worried about women that go and get sperm from some of these guys because I don’t think the donors’ intentions are entirely honourable.”

At a licensed fertility clinic, a sperm donor’s family history is checked to make sure they don’t have any serious inheritable diseases that could be passed to offspring. The donor is also tested for sexually transmitted diseases such as HIV and syphilis. Someone found through Facebook is unlikely to have gone through the same rigorous checks.

So, what’s putting British men off donating their swimmers? 15 years ago, the rules changed around donor anonymity in the UK. People conceived from sperm or eggs donated after 1 April 2005 are able to find out their donor’s full name and address when they turn 18. Some experts believe this has left men reluctant to sign up to sperm donation programmes.

But Nina Barnsley, director of charity Donor Conception Network, dismisses these claims. “It’s a total myth that was perpetuated by clinics that didn’t want to change their recruitment process. They were originally relying on medical students and young adults just doing it for the beer money.”

Joanne Adams, senior andrologist at private clinic Manchester Fertility says the organisation didn’t see a dip in donors after the new rules came in. But the demographics of the men donating sperm did change.

“We did a study looking at the profiles of our donors pre-anonymity and post,” she says. “It shifted from being a young student doing it just for the money to a slightly older man who is doing it purely for altruistic reasons.”

She considers this a positive development but says fertility counsellors now need to discuss the potential implications of being contacted in the future with the donor. Under HFEA regulations, sperm donated in the UK could create up to ten separate families.

What sperm banks should be doing better

Pacey believes our “stiff upper lip” culture doesn’t help when it comes to sperm donation and we need to make it more socially acceptable.

“We’ve never been very successful at celebrating sperm or egg donation. I think we kind of push it under the carpet. We consider it taboo and a bit smutty. Whereas I don’t think the Danes are giggling at the issue.”

Past recruitment pushes haven’t worked out so well though. In 2014, the Seed Trust (then the National Gamete Donation Trust) opened the National Sperm Bank in Birmingham, in an attempt to tackle the shortage of UK sperm donors. The centre, supported by a £77,000 grant from the Department of Health, aimed to focus on sperm donation as a positive choice for British men. But it closed less than two years later after only a handful donated and the funding dried up.

Sperm donor recruitment can be an expensive and complicated process for the clinic, says Barnsley. Without a decent business model, the chances of failure are high. “It’s a huge amount of work to get a sperm donor from an initial enquiry through to actually enabling an individual to get pregnant as a result of that donation.”

“The National Sperm Bank was only based in Birmingham and trying to get other clinics involved was very difficult,” adds Adams. “The problem was there just weren’t enough sites around the country where people were donating. We came to the conclusion it needed a hub-and-spoke effect: lots of little places allowing donors to give samples which would then be transferred to central storage centres.”

Why donating sperm needs to be simple

What’s missing from the conversation is the issue of convenience, she points out. Sperm donors have to attend multiple appointments and tests for many months after they sign up. If the clinic’s in a far-flung location, the £35 maximum expenses that donors are compensated may not seem worth it. To make it easier for men donating sperm, Manchester Fertility created Semovo, a network of regional donation clinics based in six locations in the UK. Adams hopes more clinics move to this model in future.

“We need to make donating sperm an easy process, rather than a cumbersome thing,” agrees Pacey. “If you’re going to be a donor, you probably have to be in contact with the clinic for about a year. That’s a long commitment if it means you have to get the bus to the industrial estate every week.”

Donations after death: a solution to the sperm shortage?

In January 2020, an analysis published in the Journal of Medical Ethics claimed opt-in sperm donations after death could be a ‘morally permissible’ way of increasing the amount of UK sperm available for fertility treatment in the country. It sounds implausible, but semen can be collected from men after death through electrical stimulation of the prostate gland or surgery. The sample can then be frozen to be used when required. Dr Nathan Hodson, from the University of Leicester, who wrote the analysis with Dr Joshua Parker from Wythenshawe Hospital in Manchester, argues that the idea isn’t so different from organ donation. And evidence suggests post-mortem sperm donations retrieved up to 48 hours after death can result in viable pregnancies. “There’s been an ongoing conversation about what we should do when families want to use the sperm of dead men. And I thought we needed to have a national conversation about whether it was a good way to look after people who are experiencing infertility,” says Hodson. But andrologist Joanne Adams from Manchester Fertility believes a better use of funding would be recruiting young donors who are still alive. “I think it’s a very unrealistic proposal,” she says. “We really should concentrate our efforts on people who can donate many times and provide treatment for up to ten families. We get a hundred cycles worth of treatment from one donor. To suggest we could get something similar from somebody who’s passed away is just not tenable.”