From artificial intelligence to augmented reality, new technologies are revolutionising eyecare and transforming the lives of those suffering with sight loss 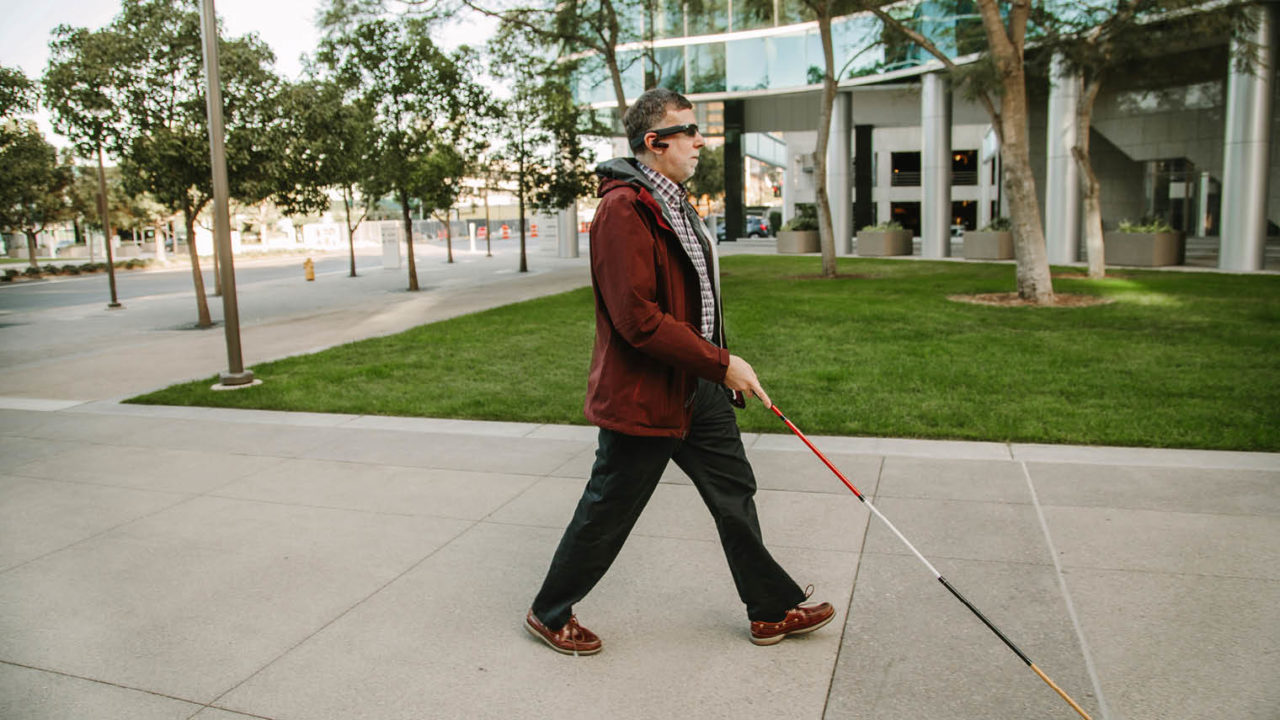 It’s 2025 and you make a routine visit to the opticians.  You go through the usual tests and then the optician has a warning for you — you’re at risk of stroke or even a cardiovascular event such as a heart attack. How does the health professional whose job it is to look after your eyes know what might be happening with your heart function? The answer is that he or she has taken a photo of your retina and used an artificial intelligence (AI) based algorithm to check.

This capability, currently being developed by Google AI and Verily Life Sciences, a subsidiary of Google’s parent company Alphabet that develops health technology, is not yet available to high street opticians but it might be only four or five years away.

Of course, opticians can already detect conditions such as diabetes, extreme high blood pressure, high cholesterol and certain cancers. But now, building on this capability researchers have used AI to analyse retina photos and other health data from over a quarter of a million patients to identify the risk of cardiovascular attacks.

Specifically, it looked at photos that show blood vessels in the eye, called retinal fundus images. Age, blood pressure and gender, among other factors, influence the chances of someone suffering a cardiovascular event.

The technology was presented with retinal photographs from two patients and asked to identify which of the patients was most likely to suffer a major cardiac event or stroke; it chose the correct one 70 per cent of the time.  By comparison, the European SCORE risk calculator, which is currently used to predict risk for cardiovascular disease and which requires a blood test, predicted the right scan in 72 per cent of  the cases.

As in almost every other area of life, technology is set to revolutionise eyecare and change the way in which opticians interact with their patients. “The future is already here – it’s just not very evenly distributed,” says the writer and futurologist William Gibson.  Already procedures and treatments that are currently being used in other areas of medicine are being adapted to improve eyecare and could soon be available to patients  more widely.

Just last month it was revealed that technology created by another Google subsidiary, its AI company DeepMind, could diagnose eye disease with more than 94 per cent accuracy within seconds. As a result, waiting lists for assessments could be slashed from weeks to days, increasing the chances of treatment before irreversible damage occurs.

From hair removal to dry eyes

Intense pulsed light (IPL) therapy, more commonly known for its use in hair removal and dermatology treatments such as treating unwanted superficial veins in skin around the nose, has proved to be effective as a way of treating chronic dry eye disease when related to meibomian gland dysfunction and ocular rosacea, commonly known as dry eyes.

“IPL therapy uses the pulses of light to dissolve and release the hardened oils that have blocked the glands in the eyelids, as well as to shut down over-abundant tiny capillary vessels,” says Professor Dan Reinstein, founder of the London Vision Clinic. “Untreated, patients report grittiness, dry eyes and a burning sensation. IPL, over other dry eye solutions such as artificial tears and hot compresses, focuses on the root cause in some types of dry eye and therefore aims to offer a solution with more longevity from the symptoms.”

Increasingly, technology will help those with low or no vision to live as sighted people do. Aira is a service that uses a combination of augmented reality, AI and professional agents to provide instant access to visual information.

Aira’s smart glasses are worn by blind and low-vision users known as “Explorers”. These wearers have recently been connected to trained agents via a global network provided by AT&T. The  agents use a built-for-purpose dashboard that provides details such as the Explorer’s location and profile, in combination with a secure, near real-time stream of video. At just the tap of a button, this information is provided to Explorers so that they can perform almost any task. The service will be available in the UK later this year.

As in almost every other area of life, technology is set to revolutionise eyecare and change the way in which opticians interact with their patients

The Aira service is part of a growing trend. Powered by cutting-edge artificial vision technology OrCam MyEye 2.0, it is designed to give people who are blind, visually impaired, have a  reading disability or similar conditions, greater independence.

It is magnetically mounted onto a user’s eyeglasses or sunglasses frame. Completely wireless, about the size of a finger, it weighs less than an ounce. The device’s smart camera takes a photo of an object, printed text or a human that is in front of it and then uses AI to analyse the visual information. The device then communicates the visual information aurally to the user via an HD speaker.

Creating new opportunities for the visually-impaired

Michael Atkin from Immingham, just outside Grimsby, suffers from Stargardt disease, an inherited condition that causes blurring, distortion and blank areas in the vision. “I can’t see anything at all now on a bright day, and on a dull day I can only see blurry outlines of shapes and people. Without help I couldn’t read anything smaller than about three inches across,” he says.

Mr Atkin has been using the device for the last few months. “It has opened up a new world for me. My wife and I have started sharing books again.”

Cataracts are responsible for 51 per cent of world blindness, which represents about 35 million people. Currently when a patient has a cataract operation a new monofocal lens is inserted into the eye, although patients can suffer problems with light distribution, resolution and visual disturbances.

Developed by a cataract lens replacement provider called Swiss Advanced Vision, R-TASC (Real-Time Autofocus Servo Control) is an active lens with real-time autofocus and wireless connectivity. The R-TASC lens can focus on any object viewed by the patient, in real time. It is also capable of incorporating technology such as augmented reality. It will be fitted alongside a monofocal lens for distance vision or added on for patients who already have a monofocal lens but want to improve their sight.

Thanks to this and other current innovations patients faced with sight loss have new hope.