Many medical myths are often described as old wives' tales. But technological advances in the last 70 years have resulted in a myriad of "new wives' tales" - especially in the field of sight 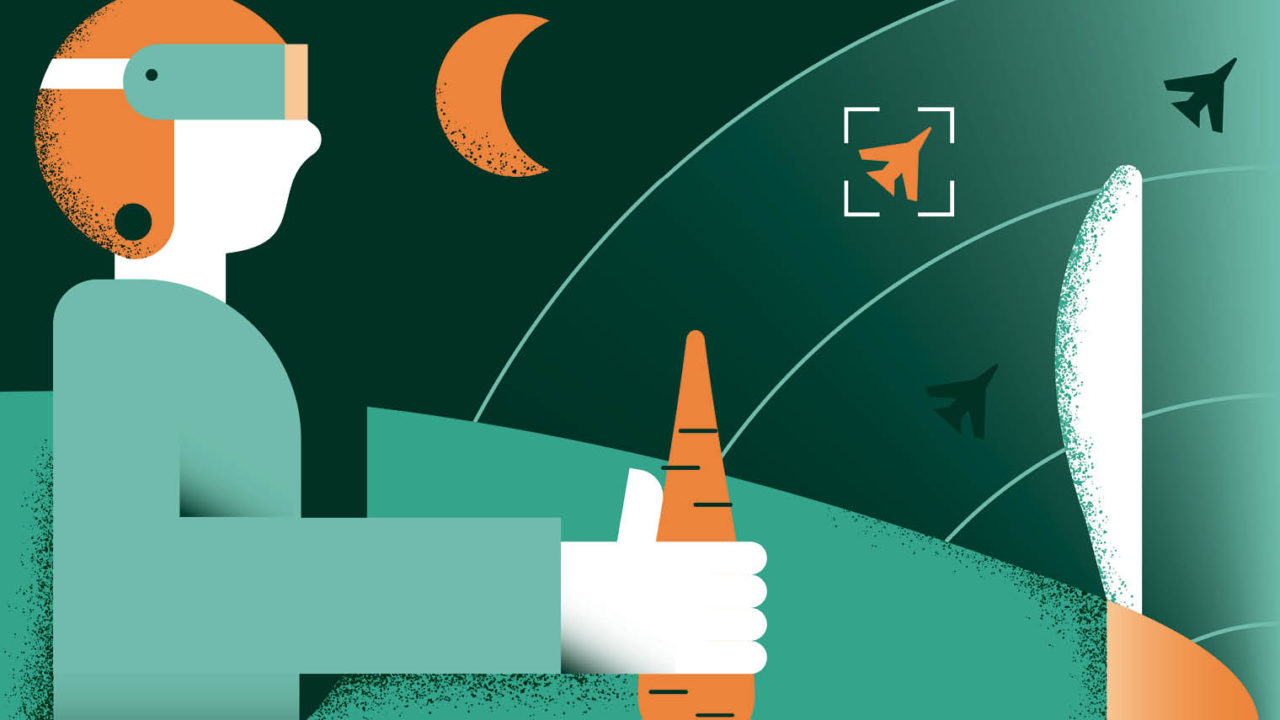 ‘Carrots are good for sight at night’

In World War Two the Allies promoted the idea that their pilots could see in the dark because they ate a lot of carrots. The idea was to stop the Germans learning about the discovery of radar which was alerting the RAF to the location of enemy bombers before they even reached the English Channel. It is true that carrots are rich in beta carotene (Vitamin A) which helps to promote good eye health — but they won’t give you 20/20 vision.

‘Children with a squint will grow out of it’

This is a dangerous old wives’ tale. Untreated squints can result in lazy eye (amblyopia) in which vision in the affected eye gradually deteriorates as the brain ignores its weaker messages. London’s Moorfields Eye Hospital says: “It is important to treat it as soon as possible.”

Known medically as strabismus, a squint results in the eyes pointing in different directions. Moorfields hospital explains: “One eye may turn inwards, outwards, upwards or downwards, while the other eye looks forwards.” Affecting about one in 20 children, squints usually develop before a child is five, but can appear later.  People with squints may also be prone to double vision and abnormal head positioning.

Treatments include glasses and occasionally eye exercises. A child with a lazy eye may need an eye patch to improve vision in the affected eye. A few squint cases are treated surgically, usually to improve the appearance of the eye, sometimes to correct double vision.

A test every two years — which is recommended — can result in early detection of glaucoma, a slow, insidious disease that can seriously affect your sight if left untreated. The sooner it is detected the better. Treatment can halt or slow its progress. Regular check-ups may also detect AMD and other eye conditions as well as heart disease, hypertension, diabetes and arthritis. This may sound extraordinary, but the eye is the only organ with direct external access to the brain — it is actually part of the brain. The eye’s blood vessels are the only ones in the body that can be seen in a living and natural state. 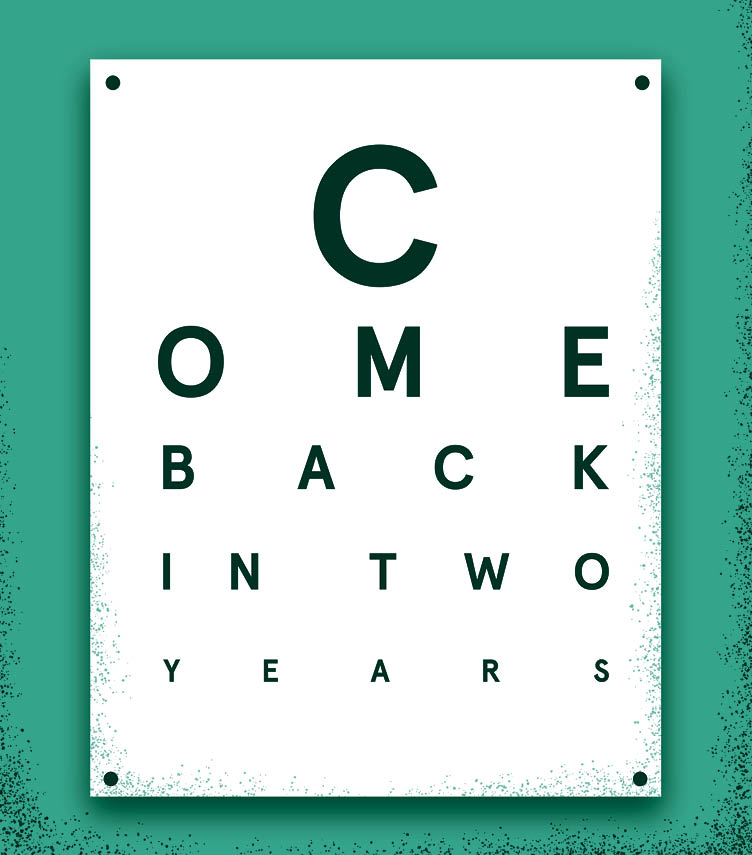 Researchers used to believe that eye colour was determined by a simple inheritance pattern in which brown eyes were dominant to blue eyes — meaning, or so they thought, that two blue-eyed parents could not have brown-eyed offspring. But inheritance of eye colour is far more complex  than originally thought and involves multiple genes. The US National Institute of Health says a child’s eye colour can often be predicted by their parents’ eye colours, but that genetic variation sometimes produces unexpected results. 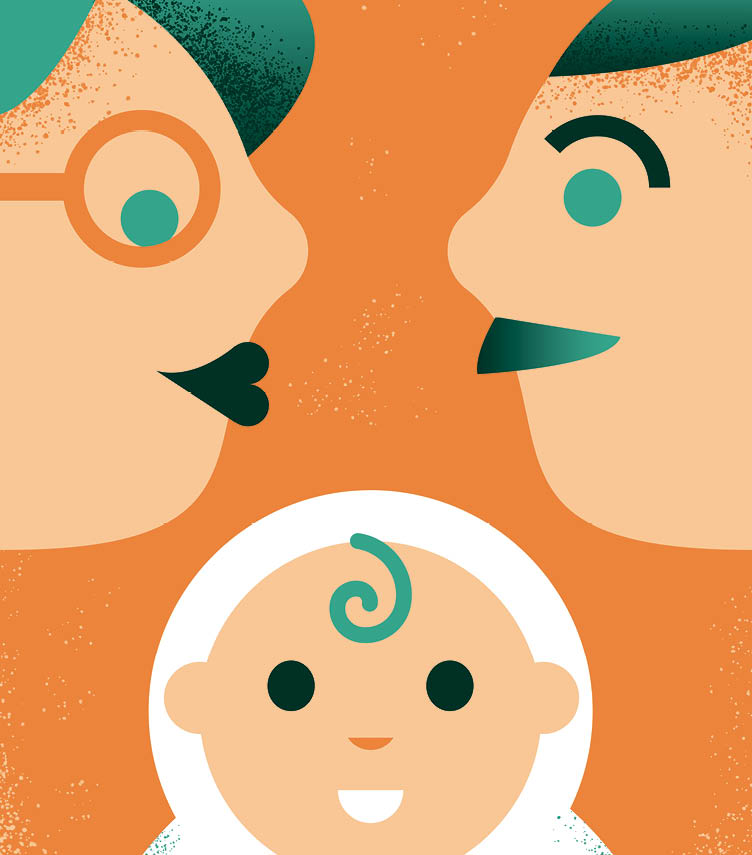 ‘Excessive computer use or reading in bad light can cause astigmatism’

Not true. People with astigmatism have abnormally shaped eyes that have nothing to do with computer or reading habits. Moorfields hospital explains: “The front surface of a normal eye is round like a football, but people with astigmatism have eyes shaped more like an oval rugby football. This changes the path of light so that the image formed at the back of the eye is not so sharply focused.”

People can either be born with the condition or develop it later in life. So what does cause astigmatism? Moorfields hospital says: “The exact cause is unknown, although genetics can play a part. Sometimes astigmatism can develop after an eye injury, surgery or because of an eye disease.” Treatments include glasses and contact lenses.

‘Using glasses for long periods will cause your vision to deteriorate’

This idea is based on the erroneous belief that wearing glasses or contact lenses adversely changes the physiology of the eye, leading to an increased dependence on corrective lenses, but natural ageing leads to inevitable deterioration in our sight. What this means is that someone needing reading glasses at the age of 45 will probably require a stronger prescription ten years later.

There is no scientific proof that  this will damage your sight, but if you have to be near the screen, it may mean you are short-sighted and need a sight test. 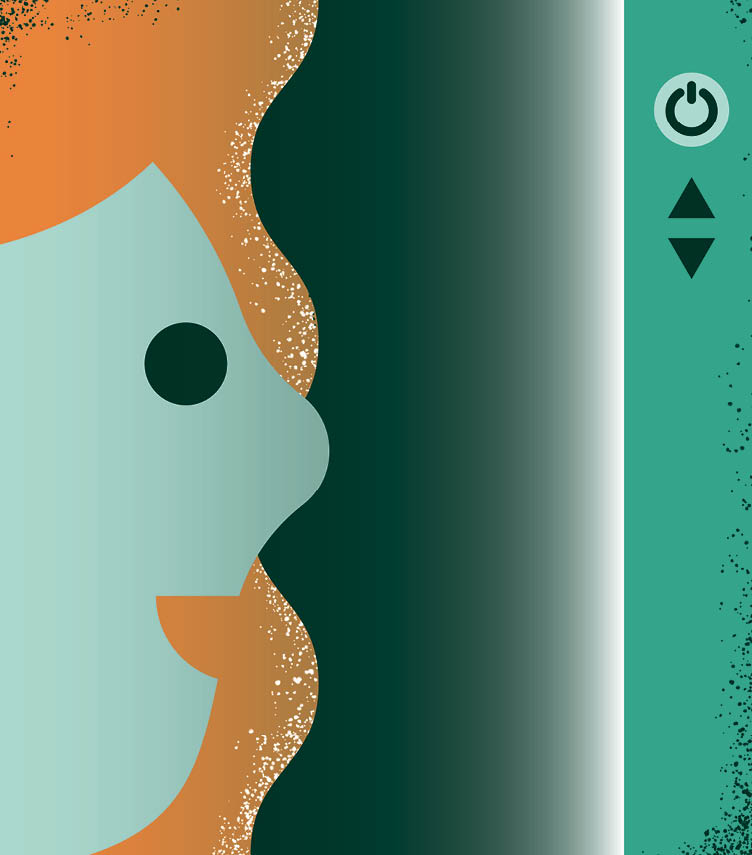 ‘Having 20/20 vision means that the eyes are perfect’

Not true. ”20/20″ denotes a person with excellent central vision. The US Mayo Clinic Health System warns that other types of vision — such as side vision, night vision or colour vision might be imperfect. Some potentially blinding eye diseases, such as glaucoma or diabetic retinopathy, can take years to develop. During this time, they will harm parts of the inner eye, but central vision may remain unaffected.

Excessive exposure to the sun’s ultraviolet (UV) rays may damage your sight. Sunglasses – not even the best — will not block all UV rays. There is some evidence that the cumulative effect of over-exposure may increase risk of pterygium (a pinkish, triangular growth on the cornea of the eye), cataracts and other age-related  eye disorders.

The Association of Optometrists says that the easiest way to protect eyes from UV light is to wear CE-marked sunglasses. This indicates that they have the fullest possible UV protection. “Glasses that sit closer to the eye and wrap around, blocking out more light, are usually better, but also wear a hat to reduce light coming over the top,”  it says. 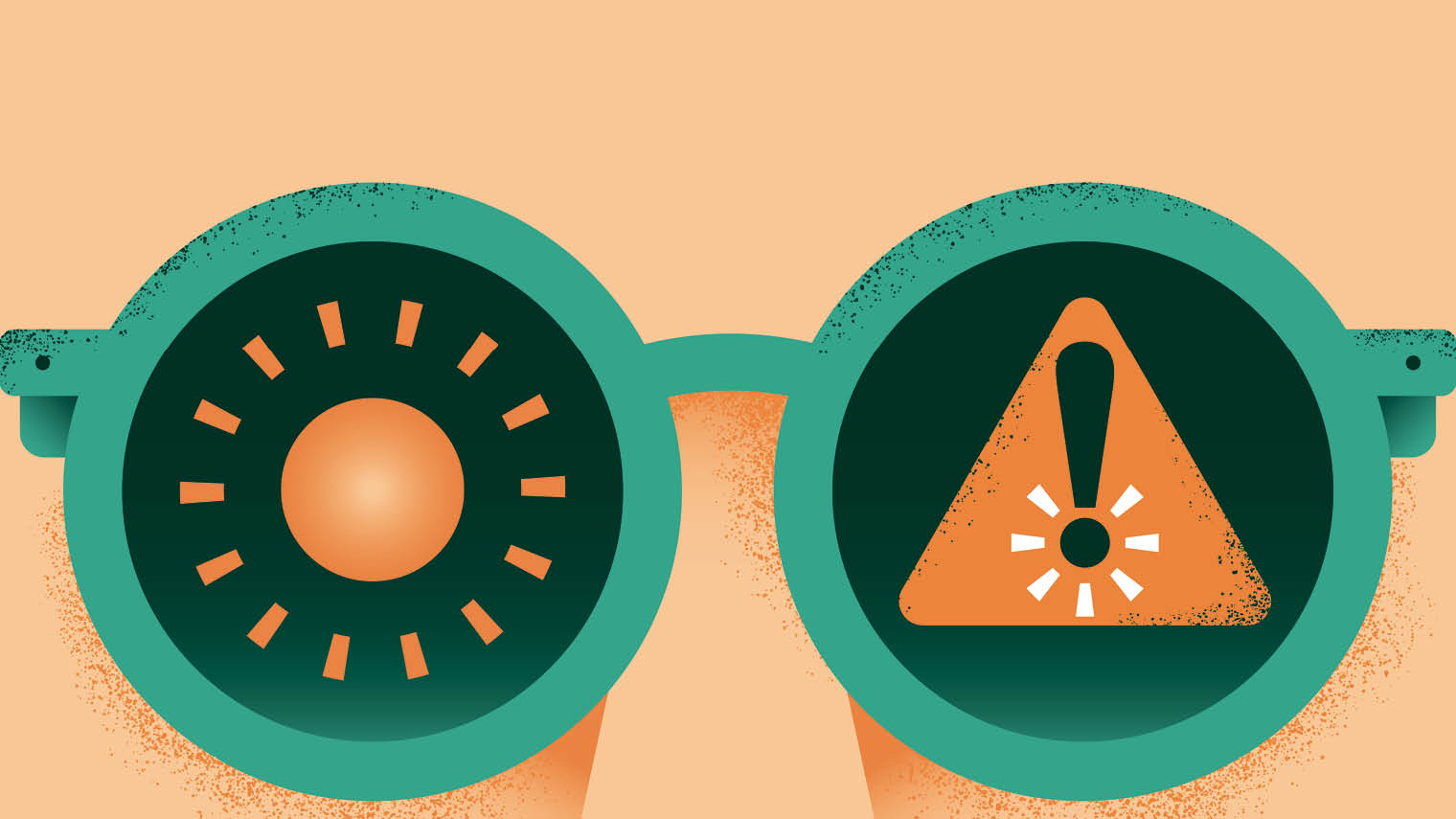 We exercise our eyes all the time during our waking hours just by looking at the world around us. So-called vision exercise regimes will not give you eagle eyes.