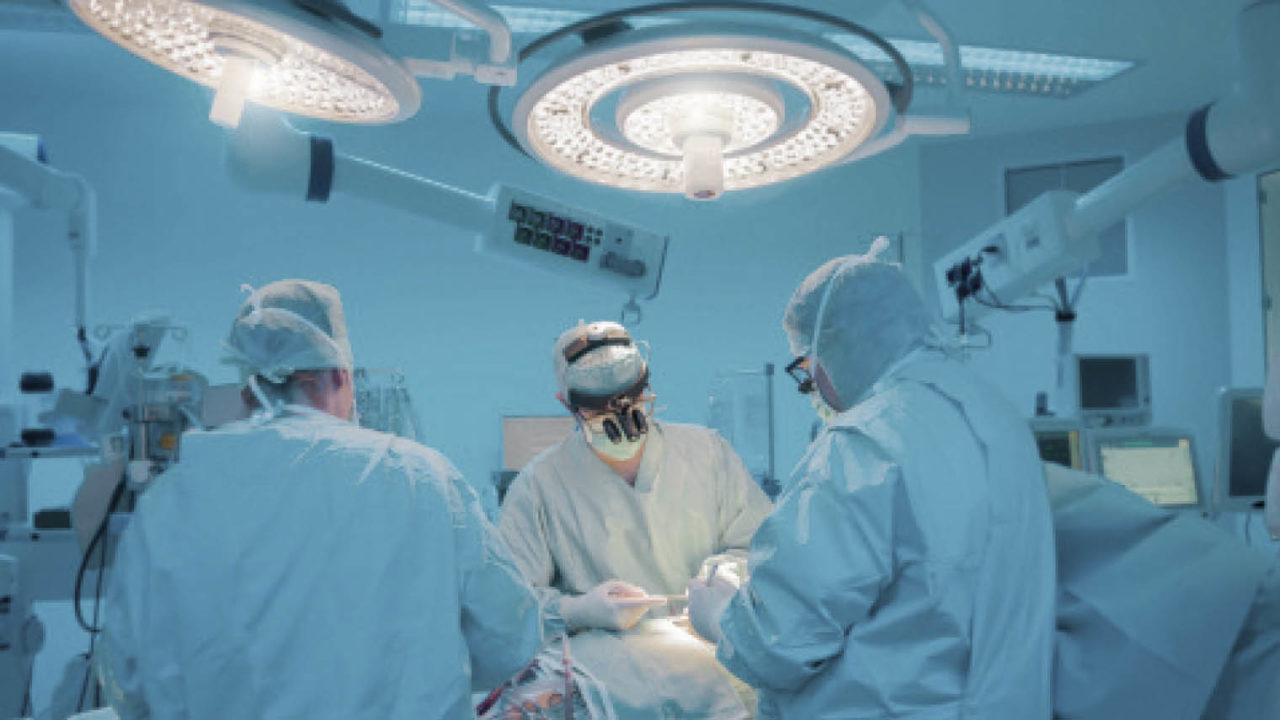 Heart surgery was once a breath-holding grand production that reduced hospitals to a near-reverential silence. Survival rates were poor and short-lived as surgical brilliance wrestled with the frontiers of medical possibilities.

Man and mechanics have had to work in harmony, and a significant element of the first successful open heart surgery in 1952 was the technology provided by General Motors (GM), which manufactured the machinery that allowed a mitral valve to be replaced.

While classic car models, such as the Ford Mustang and the Chevrolet Impala, rolled off the Detroit production lines by the millions, its medical technology department was developing the engineering crucial to saving lives. It did not last, but set a template for design and innovation that has kept pace with advanced physiological understanding and provided the tools that now make heart surgery an everyday event rather than a rarity.

GM’s mechanical heart pump, configured like a car engine with distinctive cylinders, now has a hallowed place in the Smithsonian Institution, underscoring the importance of devices to medical achievement.

Latest figures show that 36,000 heart operations took place in England and Wales in 2014 and the number is likely to rise as the UK’s ageing population checks in for regular heart procedures. The highest annual demand was in the 65 to 69 age group with 49,470 episodes of care, almost double the 50 to 54 age group, according to NHS Digital.

Dr Mike Knapton, associate medical director of the British Heart Foundation (BHF), crystalises the issue. “The ageing population and the gratifying improvement in heart attack survival rates, has seen a record number of heart failure hospital visits in a decade – a 36 per cent increase,” he says. “This puts an excess strain on the NHS and we urgently need to fund more research to prevent heart attacks, improve treatments for heart failure, and find ways to reduce and repair the damage caused by a heart attack, to improve outcomes for patients.” 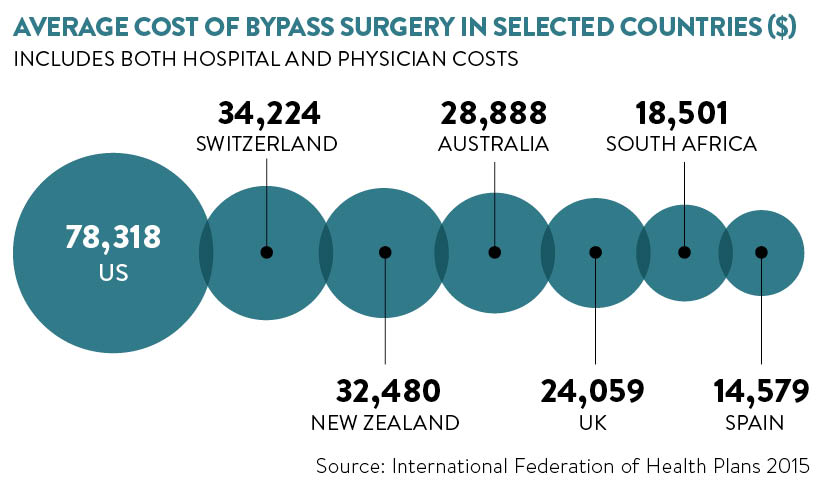 Medical devices for heart surgery continue to benefit from leading-edge technology such as virtual reality, 3D printing and heart pacemakers measuring just an inch long – the first pacemakers were strapped to the patient while the first implantable devices were the size of shoe polish tins.

The latest breed of implantable device, such as Medtronic’s Micra Transcatheter Pacing System, come with a hefty price tag of around £7,500, but many believe that leadless pacemakers will be standard in the future, particularly as big companies St Jude Medical and Boston Scientific have also developed versions.

Advances range across the heart disease spectrum from the BHF’s Heart Age Tool, to help people reduce their risks, to cyborg heart patches that can react to and treat abnormalities or heart attacks.

Earlier this year, researchers at Israel’s Tel Aviv University unveiled a remote-controlled “bionic” heart, or the Cyborg Cardiac Patch, which is engineered with nano electrodes and polymers so that it can administer electrical stimulation or release drugs if it senses problems with heart rhythm or volume.

Professor Tal Dvir, who pioneered the device, says the first generation versions will be monitored by physicians, who would make tweaks from data transmitted by the patch, but future models would use artificial intelligence to deliver therapies without the need for human intervention.

Cardiac surgery hardware is ever-evolving and Dr Geoff Moggridge at Cambridge University is developing a flexible polymer bonding, which could lead to replacement valves that mimic human performance. The valve, which is being laboratory tested in a BHF-funded project, could provide better function and last longer than current mechanical and animal versions.

Implantable defibrillators, one of many devices controlling heart rhythms, have reduced from the size of a house brick 20 years ago to a compact and powerful unit that can be fine-tuned to individual patients.

Dr Paul Roberts, an electrophysiologist at Southampton General Hospital (SHG), who uses a range of devices to control heart rhythms, believes incremental advance will continue to improve mortality and morbidity, but that the NHS has to provide guidelines which take into account the improved potential.

“We have an ageing population with a larger population who can benefit from these treatments, but we are not necessarily seeing any restrictions in terms of age for someone to receive a device,” says Dr Roberts, a specialist at a busy SHG centre which has one of the lowest risk-adjusted mortality rates in the country. “The research and development costs of these devices run into millions, so they don’t come cheap. It is a challenge to us now and will be in the future in terms of understanding where you draw the lines.”

Further funding shockwaves rattle across the CVD landscape with the NHS chasing £20-billion savings, and combined funding from charities and government for coronary heart disease, at £166 million a year, lagging behind cancer which gets £544 million of the £856 annual total, according to an analysis published in BMJ Open.

Technology has also yet to prove it can address the lifestyle issues which are catapulting a generation into obesity-related illnesses from an early age.

Dr Knapton comments: “One in five children in England are overweight or obese before they start primary school and, by the time they leave, this increases to almost one in three. Being overweight or obese, smoking and inactivity all contribute towards your likelihood of having heart disease. Young people should be given the facts, so they can take action to minimise their risk. It is essential government takes action to improve our environment, so young people are made aware of the risk factors that could increase their likelihood of developing CVD and be enabled to take action.”

The Chicago-based biomedical printing company is using 3D modelling techniques to create precise replicas of a patient’s heart system to help surgeons plan complex surgery. The exact model of the heart is constructed from more than 500 CT images to give a more complete view either as a physical model or a 3D computer image. Surgeons visualise procedures with a “fly-through” view from the external to internal contours to show the tears that cause aortic aneurysms and, with the aid of predictive intelligence, examine weakened areas that may also need attention.

A new medical device that allows surgery to be performed on a still-beating heart. The Royal Brompton Hospital and Harefield NHS Foundation Trust Hospital in London was the first to use this device to repair leaking mitral valves, which used to require open heart surgery. The harpoon can be deployed through a small incision in the chest and directed to the damaged flap in the valve which can be repaired and repositioned using cords. About one in 50 people in the UK have the condition, but leave treatment until too late because they are put off by the prospect of a major operation.

Stents are used routinely to reopen blocked arteries that can cause a heart attack. But, although hugely successful, the metallic cage structure can damage the artery wall causing scar tissue and their enduring presence in the body can raise the risk of thrombosis and inflammation. Bioabsorbable stents are designed to do the same job, but dissolve once the vessel has adapted to support itself. British Heart Foundation-funded research is evaluating their performance which could lead to a new generation of stent technology becoming available to surgeons. Tens of thousands of people have the operation annually and stenting is used in 92 per cent of angioplasty procedures in the UK.