Can you regrow teeth? Whilst tooth regeneration may seem fanciful, regenerative dentistry methods are pushing the boundaries of what’s possible 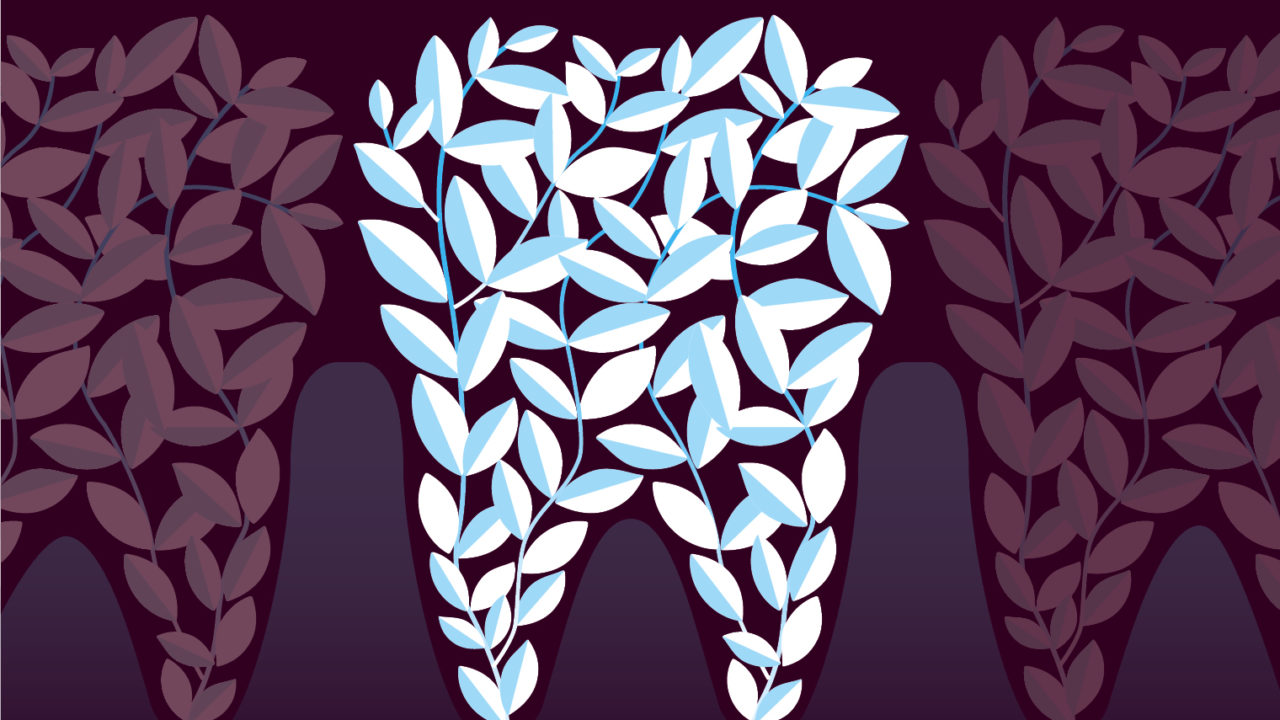 Mouthguards used to be the preserve of the boxing ring or the rugby pitch, but now many of us are wearing them to bed. OK, so I’m not talking about the heavyweight and cumbersome gumshields worn by pugilists. The mouthguards that I’m referring to are lightweight and have been specifically designed to stop a growing number of people, of whom I’m one, from grinding their teeth.

In the United States alone, its estimated that between 30 to 40 million adults suffer from bruxism, or grinding and clenching your teeth. For most people, it occurs in their sleep and many aren’t even aware of it until it’s too late.

For me, the constant attrition has led to some of my bottom teeth fracturing and unsightly pits where the enamel has fallen away. The repair bill to fix the problem I’m told, if left unchecked, could run into thousands of pounds.

Having a mouthful of crowns and veneers in my mouth is not a prospect I look forward to, so you can imagine how happy I felt when I came across some research on tooth regeneration, which could one day mean that bruxism sufferers could grow new teeth.

But is regenerative dentistry too good to be true? What are its scope and limits, and will it ever be possible to grow new teeth?

How does regenerative dentistry work?

Who better to ask than Dr Adam Celiz. Curiously Dr Celiz isn’t a dentist. He’s actually a material scientist and, remarkably, he’s only been working in dentistry for three years. However, in that time he’s created a regenerative materials laboratory at Imperial College London.

He says: “Growing our own teeth is still some way off, but that’s not to say we’re not making great advances in other areas of regenerative dentistry, which will have a tangible and profound impact on how dentists work, and could also revolutionise the treatment patients receive in the future.”

Take Dr Celiz’s current research, for example, where he and his team are developing polymers – basically plastic materials – that can be used when repairing teeth to regenerate dental tissues after decay. He hopes it will reduce fillings, crowns and, in the worst-case scenario, root-canal therapy.

So how does it work? “The polymer is inserted into the tooth as a pulp-capping material and not only repairs the pulp tissue but also seeks to repopulate and stimulate the growth of new dentine, which have been lost through dental decay,” he says.

The current drawbacks of regenerative dentistry

But there are some caveats. The synthetic biomaterials are currently being tested on rodents. If these trials are successful, Dr Celiz’s team will test them on larger animals before finally carrying out human trials. As a result, it’s unlikely that patients will be able to benefit from this revolutionary treatment “for at least another decade even though the results so far have been very promising”.

Secondly, Dr Celiz is keen to point out that even if the biomaterials pass strict regulatory requirements, they should not be seen as a panacea for all patients.

“We envisage this technology would be most effective for only minor infections of the pulp tissue,” he says. “Therefore, when the dentist has removed the infected tissue, he or she would then place the synthetic biomaterials in direct contact with the pulp tissue, which would then send a signal to the stem cell population to repair the pulp tissue and also the surrounding dentine.

“However, it would not be suitable to use if the decay is regarded as so severe that the pulp tissue is considered irreparable. In this case, root-canal surgery would be the primary alternative.”

How soon will we be able to regrow teeth?

Regenerative dentistry is not just confined to restoring the health of pulp tissue. Researchers at Queen Mary University of London are currently conducting research into whether it’s possible to regrow enamel and other non-living tissues.

Dr Celiz explains: “They’re doing this by encouraging mineralisation at the surface of dental tissues, such as enamel, using protein membranes. If successful, this would help the many millions of patients with sensitive teeth or those who grind them.”

But what about those of us unlucky enough to lose a tooth? After all, last year scientists in America took the first steps to create tooth buds that can grow and look like natural teeth.

Dr Nigel Carter, chief executive of the Oral Health Foundation, says: “There is certainly more ground to be covered in this field. However, the possibility of being able to regrow teeth is understandably cause for great intrigue and excitement, especially given that we can take some encouragement from scientific breakthroughs in other areas.

“At the same time, it’s important to stress that while current research and findings are interesting, we are still a long way away from the reality of regenerative treatment being available.”

What are the barriers to tooth regeneration?

It’s a view shared by Dr Celiz. However, he does not see the technology as the chief barrier to entry. “In terms of the science, we’re actually not that far off. There are still huge challenges to navigate, such as growing the tooth in-vitro and planting the early-stage tooth bud in the patient’s mouth,” he says.

“But many of challenges are common to other areas of regenerative medicine and tissue engineering, and it is more a matter of when,  not if, these treatments will  become available.”

Making the treatment cost effective will be a much tougher ask. Dr Celiz says: “Regenerative treatments using cell therapy are inherently expensive. When regenerative dental treatments do become available, it will only be open to the very wealthy or those with the most comprehensive dental insurance policies. But when economies of scale kick in and the technology becomes more affordable, more people will benefit. And that can only be a good thing.”

Especially when you consider that bridges and dental implants are expensive and often fail. Indeed, in these circumstances, who wouldn’t want a natural repair? A bruxism sufferer, like me, for starters.

He explains: “My background is in chemistry. A decade ago if you told me that I’d be working in regenerative dentistry, I probably wouldn’t have believed you. However, it illustrates just how the scientific research community is tackling clinical challenges. The future is working in multi-disciplinary teams, which include chemists, engineers, biologists and, of course, dentists, as this is how you achieve the most innovative technological solutions.”

Oral Health Foundation chief executive Dr Nigel Carter agrees. “Increasingly in conventional dentistry, taking a multi-disciplinary approach to scientific research is not only advantageous but also, in many cases, necessary. Evidence accumulated over a number of years illustrates a clear link between our oral health and several medical conditions,” he says.

“To better understand these relationships, the dental profession simply must collaborate with doctors of many other disciplines to make progress. Our knowledge of dentistry may be vast, but can only take us so far. At the end of the day, it’s the patient visiting their dental practice who stands to benefit the most from this approach, which is ultimately what matters.”