The World Health Organization is still classing the novel coronavirus as an epidemic. But as the number of confirmed cases surpass 100,000, it says the virus has “pandemic potential”.

Since the COVID-19 outbreak began in a fish market in Wuhan City, China in December, over 90 countries have confirmed at least one case. While China has recorded the most cases (80,735 to date), there has also been a spike in infections in South Korea (7,534) and Iran (6,566).

Closer to home, as a global pandemic edges ever closer, it’s what is happening in Italy, where 7,000 people have contracted the virus, that worries European governments the most. As Raconteur went to press, the Italian authorities have put 16 million people in Northern Italy under quarantine. This raises important questions as to whether other countries in Europe – many of whom have so far escaped unscathed – are suitably prepared to handle a COVID-19 pandemic.

On the surface the UK appears to be better prepared than most. According to the Global Health Security Index (GHS), which assesses a country’s ability to deal with a global contagion, the UK sits second in the global table, nestled between the United States in first place and the Netherlands in third.

Dr Tom Wingfield, a leading infection physician and researcher, says that “the huge efforts and world-class contact tracing and screening conducted by Public Health England (PHE) and the NHS” has contributed to a delay in the rise of numbers of cases in the UK.

However, such contact tracing and screening is difficult to achieve in cases where there is no relevant travel history, no symptoms or no known COVID-19 exposure. At the time of writing, PHE confirmed that 23,513 people had been tested for COVID-19 in the UK, with 273 testing positive.

While the UK government has been proactive in its preparedness, published a comprehensive plan of action and is currently focusing efforts in ‘delaying’ the outbreak, some say it hasn’t always been on the front foot.

Take Professor Samer Bagaeen, a Conservative Councillor who sits on the Health & Wellbeing Board of Brighton & Hove City Council, for instance. In an interview conducted in late-February, following a mini Coronavirus outbreak in Brighton, he said PHE and the council demonstrated “a total lack of preparedness, guidance and communication” at the onset of the outbreak.

“There was no plan, no clear chain of command and a complete lack of cohesion between PHE, the NHS’s Clinical Commissioning Group and the council. In my view, they just wanted to lockdown information completely and keep the public in the dark,” he said.

With the East Sussex outbreak now under control, Professor Bagaeen says that while policy has “evolved in some small areas”, such as the council advising the public to “double bag all black bags containing tissues”, he says he is “still not sure what would happen if we get a second wave of Coronavirus cases in the coming months – as looks likely”.

There was no plan, no clear chain of command and a complete lack of cohesion between PHE, the NHS’s CCG and the council

He is particularly concerned about the PHE’s communications – at least in East Sussex – which did “not reach everybody” including local run housing associations. “I’ve seen PHE’s messaging in national newspapers, but many millennials don’t read newspapers. They get their news from social media. PHE only made use of the main social channels towards the end of the outbreak, despite listing it as a key strategic priority in its PHE Infectious Diseases Strategy document.”

PHE chose not to respond directly to Professor Bagaeen’s observations, but said that in adopting a multi-agency approach “it had identified all five cases and tracked all known contacts”.

It was also keen to stress that its nationwide communications strategy is part of a wider approach including both national and local government and the NHS, and is actively promoting key Coronavirus messaging in print, on radio, and on a raft of different social media channels.

While Dr Wingfield was also unable to comment on details of how the recent East Sussex outbreak was handled, he agrees that despite PHE launching what it calls “a far-reaching digital communications strategy”, it, and the NHS “could look to improve how and where digital public health messages are transmitted”. 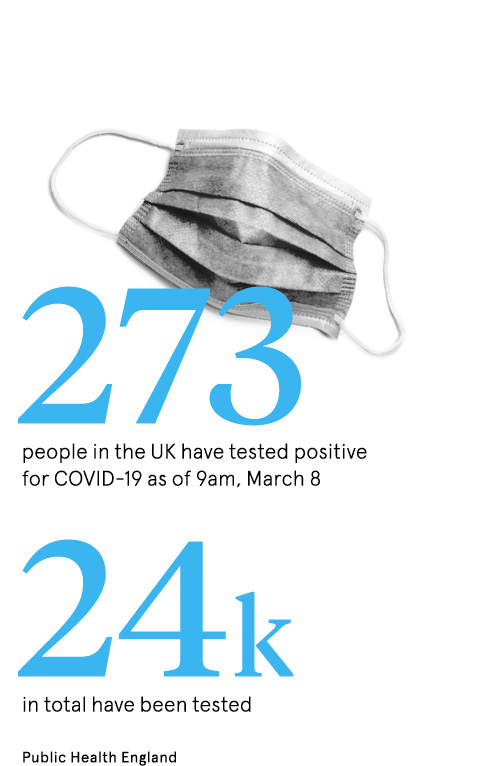 “The ideal solution would be to find a mechanism where a single and uniformed message is broadcast on all of the most popular social media platforms. The challenge, however, is that there’s so much information and misinformation out there, that messaging can get lost in the noise. That’s probably one of the reasons that PHE has consistently elected to keep its key messages simple,” he says.

Maybe so, but Professor Bagaeen notes that PHE’s key message, which he says “promotes good hand washing techniques and ‘catch it, bin it, kill it’ messaging”, fails to take into account “the inter-connected world we live in”.

He highlights that as scientists don’t know how long the virus can survive on surfaces, guidance is needed to ensure that the infection doesn’t spread in shared workplaces, or while travelling on public transport. He also questions why government health advice isn’t targeting the growing army of couriers, who deliver goods to hundreds of homes every shift.

“What if a driver contracted COVID-19 without realising and became a super spreader? Could a contaminated proof of delivery console or a parcel trigger a spike in infections? Maybe not, but we just don’t know. The wider point is, however, that government health advice needs to be better tailored to the way we live our lives.”

Dr Wingfield agrees to some extent, but says “developing messaging around risk is the most important factor”. He thinks that the greatest risk of transmission “does not come from touching a courier’s POD console, hot-desking, or even sharing another person’s mobile phone”. Instead it’s through airborne exposure and “being in close vicinity to somebody exhibiting novel Coronavirus symptoms”.

Most importantly, with a pandemic looming, Dr Wingfield says health bodies must “improve the way that they interact with the public”. He concludes: “PHE could consider appointing local community health champions, who are healthcare experts within the lay community, to sit alongside NHS chief medical officers. That would not only reassure the public but would ensure the right messaging cuts through.” 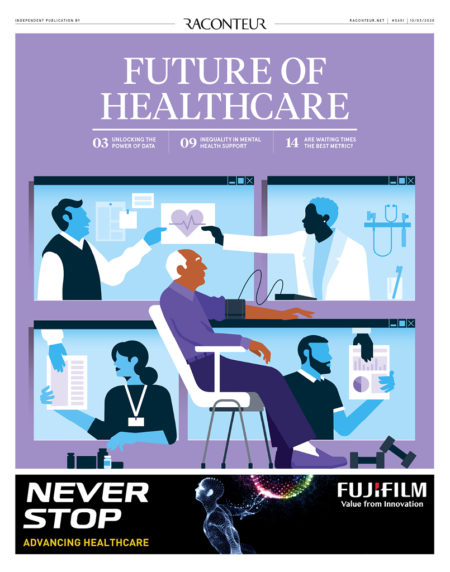