After seven years and billions of euros worth of bailouts, Greece’s European creditors and the IMF still cannot agree on debt relief 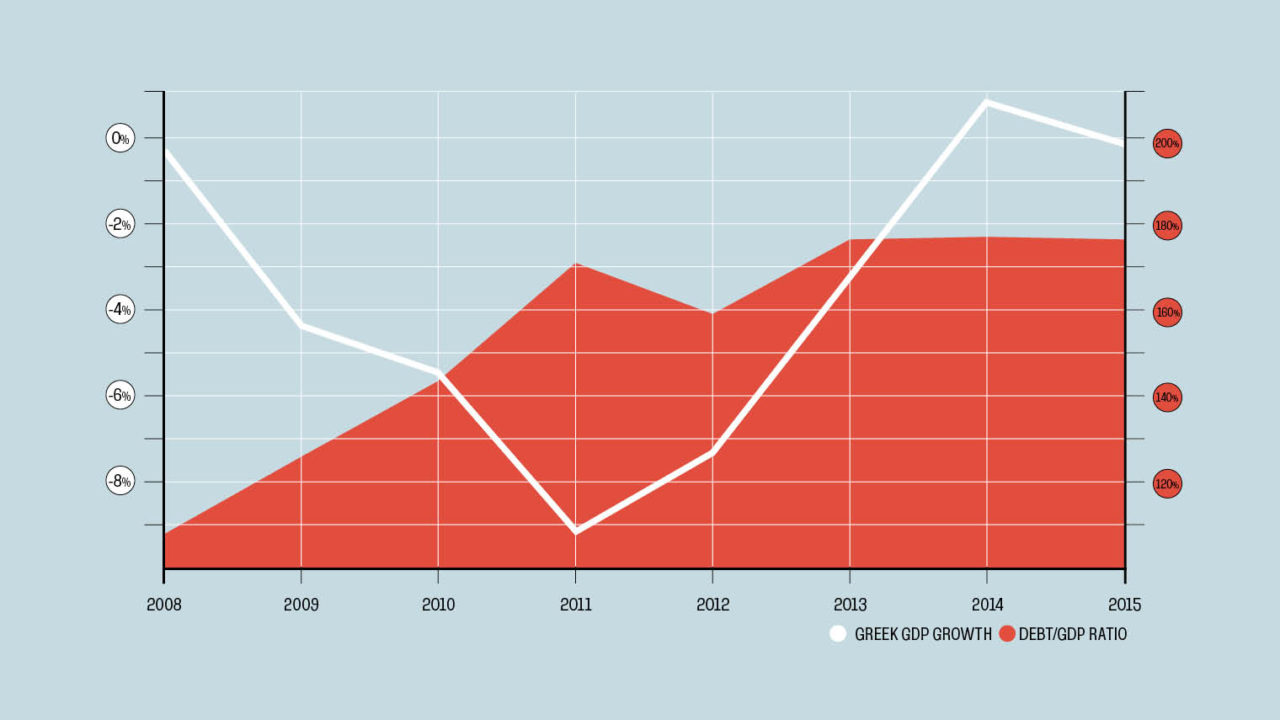 Athens’ European creditors and the International Monetary Fund have become engaged in a not-so-private spat as the debt-laden country seeks a new piece of its emergency loan package. European finance ministers have insisted that Greece must stick to its prescription of deep cuts to public spending and services in order to keep receiving assistance loans.

Austerity has already slashed social safety nets and led to huge falls in income, employment and living standards. In an early morning session on May 25, European officials agreed to release a delayed €10 billion (£7.6 billion) bailout payment for the country, and some, limited debt relief. Earlier in May, parliament narrowly approved reforms to the pensions system, despite rising anger on the streets. During a summit on May 9, the government agreed to contingency measures that would cut another €3.6 billion (£2.8 billion), which would be triggered if the country missed its fiscal targets. Unions protested against the pensions vote with a 48-hour general strike.

However, a leaked letter from the IMF’s managing director, Christine Lagarde, to eurozone finance ministers warned in May that the Fund could pull its support unless they agree to “realistic” targets for Greece, and consider unconditional debt relief.

Creditors have to date refused to budge on the red lines of debt write-offs or any relaxation of austerity measures. Their current line is that they will consider some form of restructuring “if necessary” when Greece’s reform programme comes to an end in 2018, in part due to domestic political concerns.

What Greece really needs is a more radical type of debt relief, namely a substantial ‘haircut’ on the nominal value of its debt pile.

As Wolfango Piccoli, co-president of political risk consultancy Teneo Intelligence, says: “The Germans want to wait until 2018, because that is after the German general election. There is no way that Germany, as of now, can concede significantly on debt relief.”

Even the restructuring under discussion may be too little, as well as too late. Creditors are talking in terms of changing the maturities of the debt, essentially delaying payments, and potentially cutting the interest rate.

“Although Greece and its lenders have not yet agreed on detailed numbers related to these types of debt relief, these options do not really solve the problem; rather, they only push the debt burden [onto] future generations of Greeks,” says Costas Milas, professor of finance at the University of Liverpool. “What Greece really needs is a more radical type of debt relief, namely a substantial ‘haircut’ on the nominal value of its debt pile. Economic history has shown that… is the only option which will stop kicking the Greek can down the road.”