It is the Japanese who have, on average, a marginally better night’s sleep that Brits but don’t like sleeping in a very dark room. Only 18 per cent choose to do this, compared with almost a third of Brits, for example.

Perhaps that’s why they are most likely to have a daytime nap out of all the nations surveyed when the light is still shining through the windows. In contrast, it is the Brits who are the least likely to nap with just 5 per cent taking a snooze during a week. 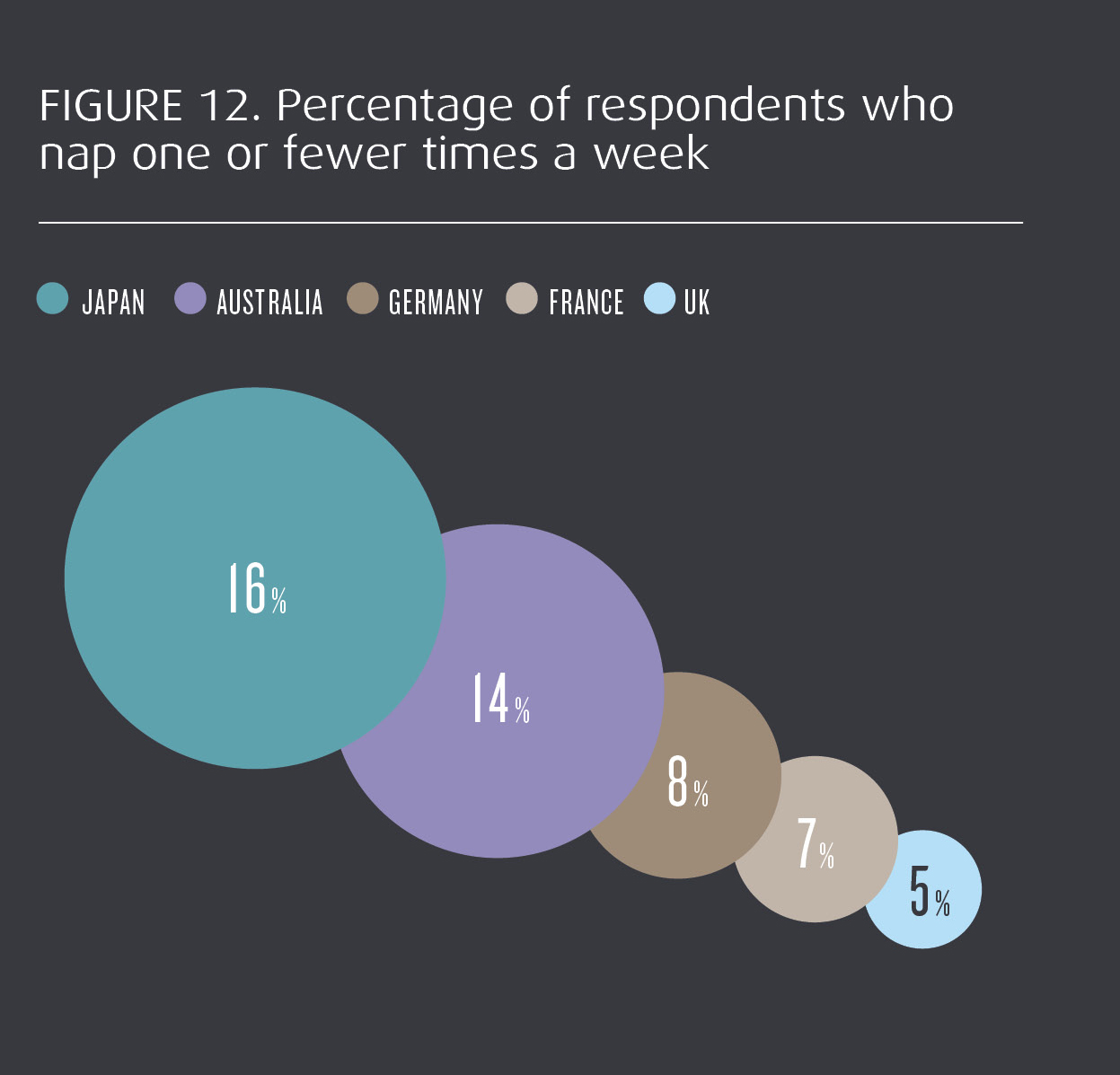 When asked if bad sleep leads to irritability in personal relationships, 57 per cent of French people said not at all, compared with 52 per cent in the UK, 53 per cent in Germany, 42 per cent in Japan and 39 per cent in Australia.

As for pre-bedtime activities, Australians check their emails the most before bed time, followed by Germans, Brits, the Japanese and the French. Brits check social media the most, while Japanese are least likely, although the majority in each country tend to check social media. It is these modern distractions that Tempur finds are continuing to hamper worldwide efforts towards longer and beter quality sleep, regardless of where respondents are based in the world. 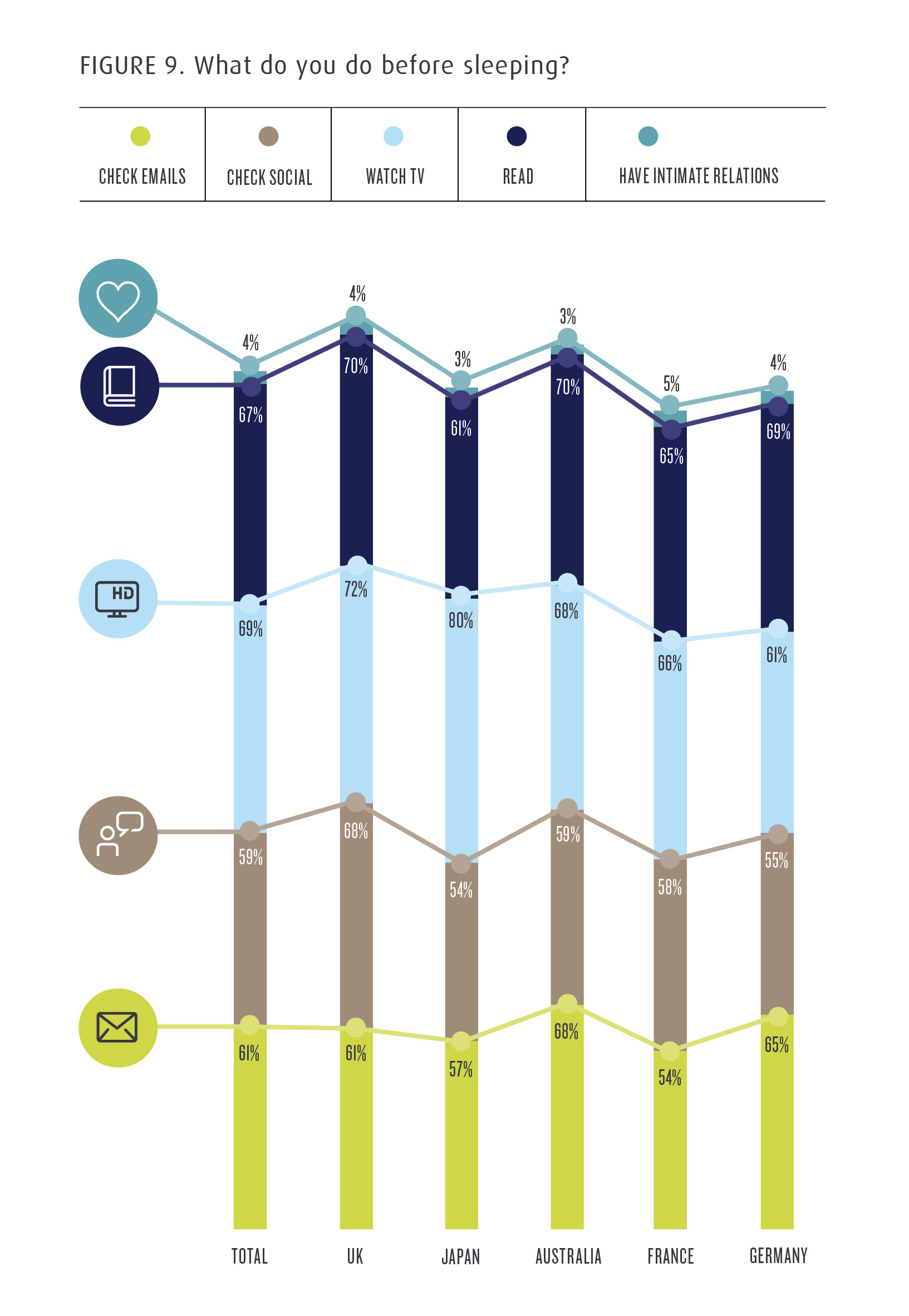