Making space for industry on the Humber

Travelling through the Humber region, you can’t help but notice one of its biggest assets – space. From the rolling fields glimpsed from the train window to the gaps between industrial sites alongside the river, one thing the area isn’t short of is room to grow.

“The sort of businesses that are looking to relocate here are very much in manufacturing, processing and assembly – they’re producing something, they’re distributing,” says Kishor Tailor, chief executive of the Humber Local Enterprise Partnership (LEP), commenting on firms looking for large sites.

Historically, he explains, industry grew on both sides of the Humber estuary, because of port access. Over time that has translated into a robust presence for the energy, chemical, food processing and logistics sectors.

“The offer is we’ve got key industries you can supply, we’ve got space and access,” Mr Tailor adds. “Fundamentally our logistics framework, north, south, east and west, is very good.”

The LEP is a catalyst which brings together businesses, education and the four local authorities, which make up the Humber region, to guide potential investors. Officials offer advice, provide information about grants and incentives, and, crucially, help businesses find space, often in the region’s enterprise zone (EZ), with tax breaks and government support.

Space to grow in the UK’s largest enterprise zone

At 1,238 hectares, the Humber boasts the largest EZ in the country. It comprises more than 40 sites, many located close to the ports of Goole, Grimsby, Hull and Immingham. Some of the plots available are vast: Able Logistics Park, on the estuary’s south bank is 290 hectares, while the neighbouring Able Marine Energy Park, which has more than a kilometre of quayside facilities, is over  250 hectares.

“We are not land starved at all,” says Simon Bird, Associated British Ports director for the Humber, where the company operates four ports and co-invested £310 million with Siemens in Green Port Hull. “We have opportunities to expand in a variety of sectors, not just energy,” he says.

At 1,238 hectares, the Humber boasts the largest enterprise  zone in the country

This ready availability of well-connected space has helped attract high-profile projects such as German engineering giant Siemens’ proposed rail plant in Goole. “A policy that we have had in the East Riding is to make available significant employment sites right across the county,” says Alan Menzies, director of planning and regeneration at East Riding Council. Siemens wanted a site of around 70 acres, with motorway access, rail test tracks and ideally port facilities – a combination it would be challenging to find in much of the UK.

Local authorities on the Humber were able to allocate land along the M62-A63 corridor that met all the criteria for the train factory. “Having considered multiple locations in the UK… we’ve identified a site in Goole for our new UK rail factory which not only has the potential scale we need for a facility of this size, but also ready access to the skilled people we’d need to build and operate the factory,” Juergen Maier, chief executive of Siemens UK, said when announcing the investment in March. 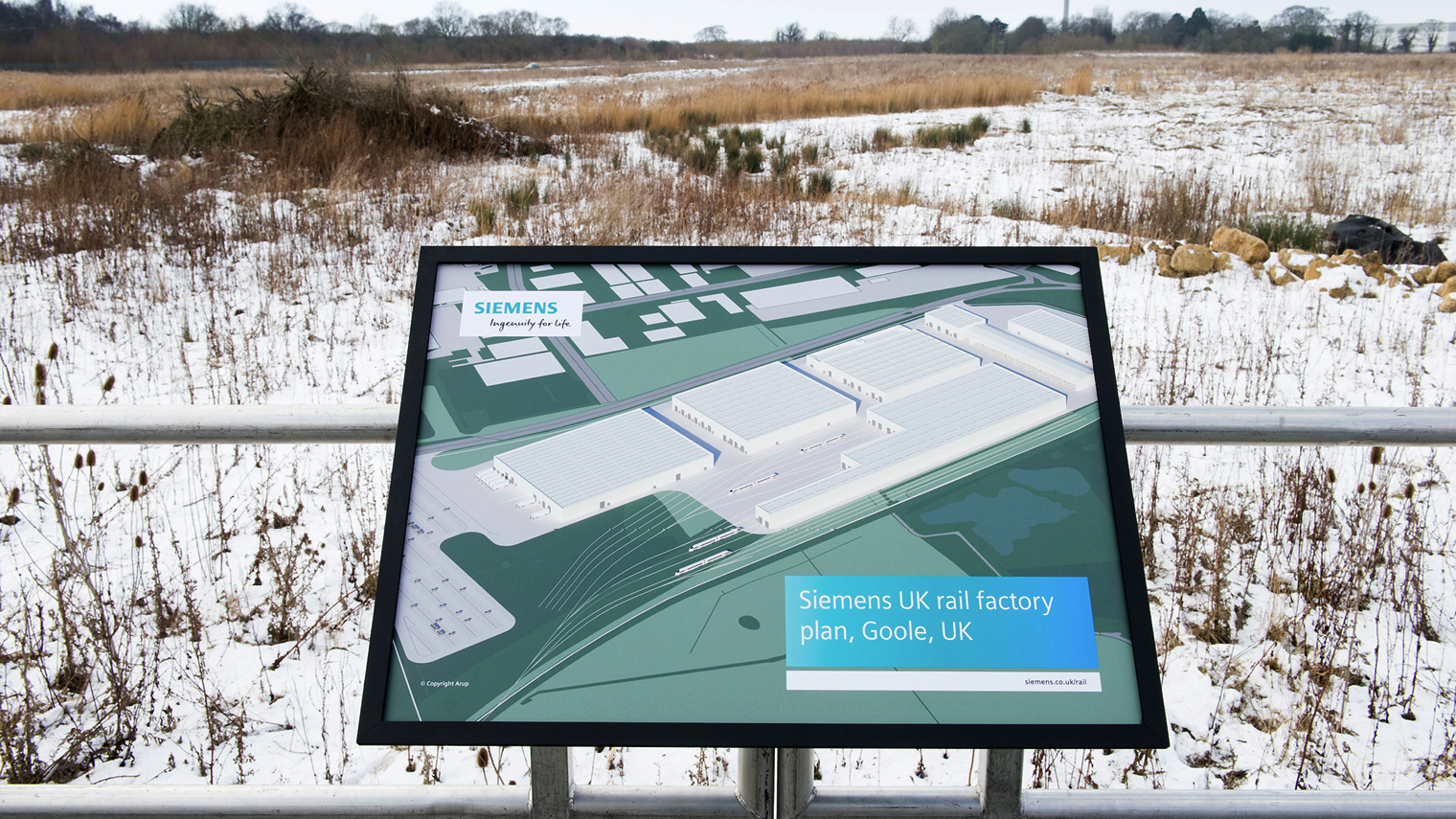 Another helpful aspect is the wide availability of brownfield sites, land which has previously been used for industry. “Brownfield sites mostly will be pre-allocated as employment sites so they’ve already gone over one hurdle compared to a greenfield site,” says LEP’s Mr Tailor. “The difficulty is quite often they will need to be decontaminated” or require multiple parcels of land to be brought back together.

One example of this happening is the South Humber Industrial Investment Programme. “That’s about bringing 100 hectares of employment land forward,” says Angela Blake, director of economy and growth at North East Lincolnshire Council, which is investing £23.4 million in the project. Moreover, two planning applications are in place for renewable energy sources. “So when we go to market for manufacturing activity, energy efficiency will be part of that offer,” she says.

It’s not all plain sailing. Despite the motorway links, the A63 through the centre of Hull is a perennial source of headaches for the region’s drivers. Some of the largest EZ sites are greenfield, not brownfield, so more planning permission may be required and additional infrastructure may need installing. But the space is there; indeed, some of the biggest sites are still on offer.

Paull is an 80-hectare greenfield site, east of Hull, next to Saltend Chemicals Park and close to a range of energy companies. But whichever company ends up calling Paull home, more locations are available. “You need to look at the land for the next 25 years,” Mr Tailor concludes. “If we get a big inquiry, like we did from Siemens Rail, we have a site absolutely prepared and ready to go.”