London may claim to be the capital of the global alternative finance industry, but until recently there was a self-styled Chinese peer-to-peer platform whose loan book dwarfed the activity all of its British counterparts combined.

Ezubao used money from an estimated one million Chinese consumers to lend billions of dollars, ostensibly to borrowers including students and small businesses.

The platform’s remarkable growth was reflected in its operators’ largesse, spending big on state television advertising and sponsorship slots, and handing out millions of dollars to staff and telling them to spend it on flashy accoutrements so the company appeared even more successful.

Sadly, it was all too good to be true. According to the Chinese authorities, Ezubao was in fact an enormous, $8-billion Ponzi fraud. Some 95 per cent of investments turned out to be fake and the site’s operators tried to cover their tracks by literally burying loan contracts in the ground.

The collapse of the house of cards has at least as serious ramifications as Bernie Madoff’s infamous $64.8-billion Ponzi fraud. While most of Madoff’s victims were wealthy, experienced investors, Ezubao took much of its money from the man and woman in the street.

Ramifications for the UK

As one platform entrepreneur put it to me, the Ezubao collapse provokes two fears: on one hand, that a smaller failure in the UK could badly damage the reputation of the sector; or that spooked regulators might radically toughen up the rules governing the alternative finance industry to avoid something similar happening here.

The former concern appears to be shared by many across the sector. A survey by innovation charity Nesta of leading alternative finance providers found that the potential collapse of one or more of the well-known platforms due to malpractice was seen as the “highest risk to future growth”, identified as “high or very high risk” by more than half of the platforms surveyed. 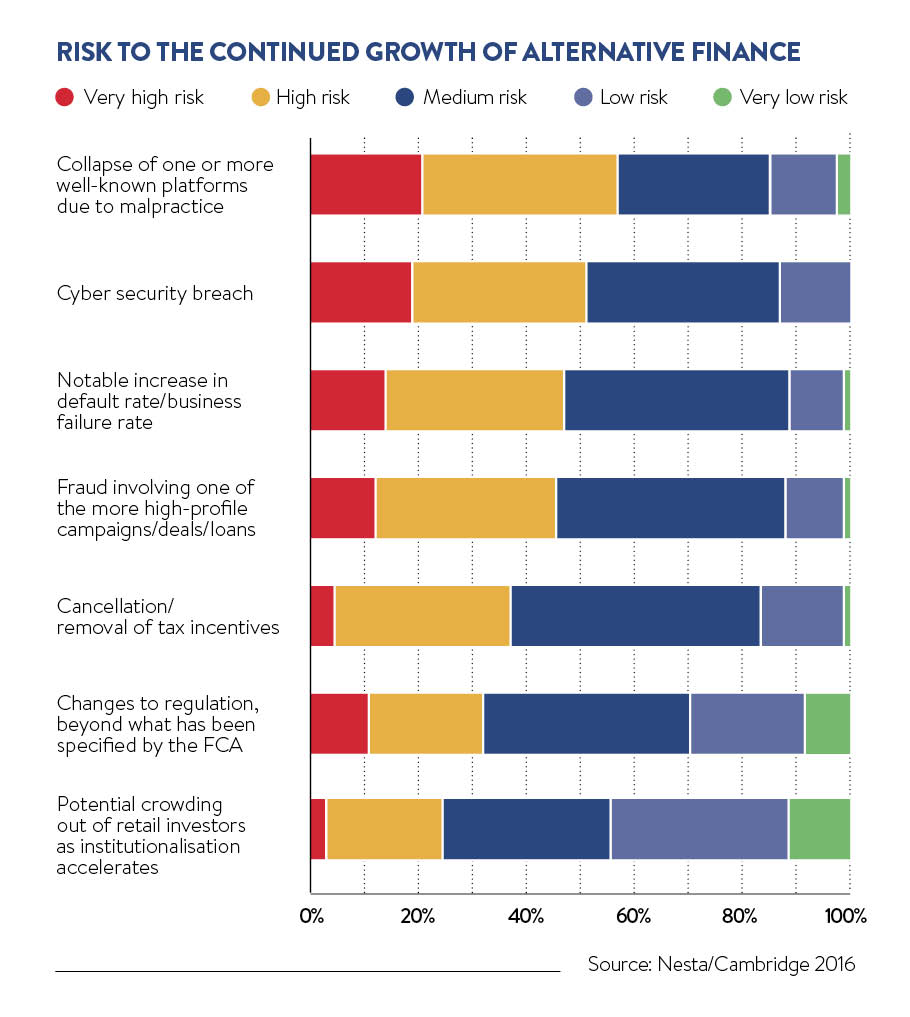 As a forthcoming Nesta report will warn, a platform collapse in the UK would also pose the first real test of the regulation of online alternative finance and requirement of platforms to have facilities in place to run down loans in case a platform stops doing business.

However, for Andrew Holgate, managing director of business lending for peer-to-peer lending platform Assetz Capital, it’s less the prospect of a platform failure and more the associated regulatory response that could yet prove the industry’s largest hurdle. “The biggest potential challenge we have as a sector is having regulation come in that prevents us continuing to be a viable and cost-effective alternative to banks,” he says.

Nesta estimated that the peer-to-peer lending and crowdfunding sectors delivered £3.2 billion in finance to consumers and small businesses throughout 2015. That has all been achieved from scratch in about five years.

Yet for all of its remarkable successes, Nesta’s executive director of policy and research Stian Westlake says we’ll only be certain alternative finance is here to stay when it’s shown that peer-to-peer loan platforms can provide returns over the long term and equity crowdfunders can point to some big exits.

“The sector needs to prove itself through a business cycle – that’s how we’ll know for sure that the credits of the lenders are good enough and, at the other end of the cycle, what the returns of equity crowdfunding successes are,” she says.

The industry has certainly come a long way from its origins in directly linking up ordinary lenders and investors with small companies and consumer borrowers.

According to Nesta, that is rarely how the leading platforms operate in practice now. Instead, equity crowdfunding has increasingly attracted professional business angels, while the leading peer-to-peer platforms are taking money from big institutions and local authorities alongside ordinary punters.

Some fear that this means the “crowd” will be squeezed out of the best deals, undermining one of the key selling points of alternative finance that it opened finance up to the masses.

Mr Holgate says: “Another big challenge is how institutional investors sit alongside retail investors to keep the ‘peer’ in peer-to-peer.” 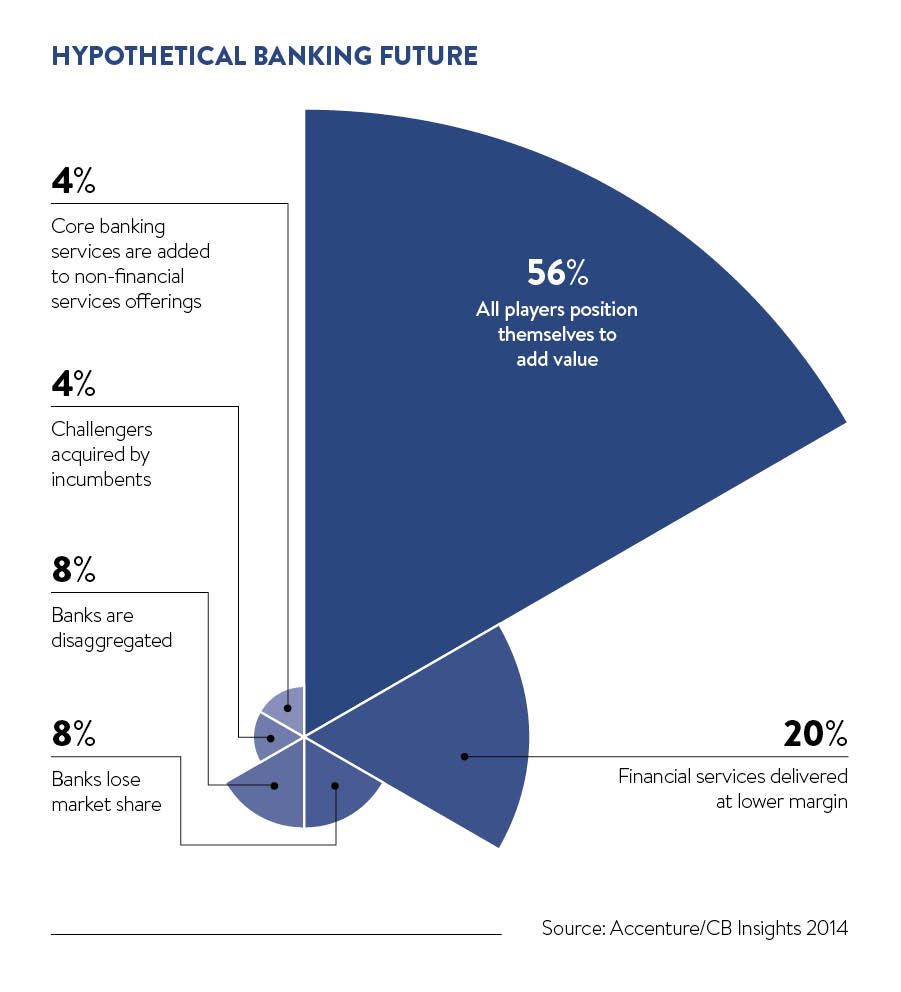 Assetz Capital is keen to see a model develop that gives retail investors “modest returns with great safety while providing the risk-taking institutional money with higher returns and the principal risk of any losses in return”. Mr Holgate says: “We believe this will become the model in the future as peer-to-peer becomes a large-scale funder approaching or even outpacing banks.”

Mr Westlake says all the major future trends forecast in the sector are signs of an increasingly mature industry. Namely, a greater proportion of investment coming from institutions rather than individuals, fewer platform startups and more consolidation, and the leading platforms increasingly striking out abroad.

Rhydian Lewis, chief executive of peer-to-peer lender RateSetter, believes establishing trust is now the sector’s primary challenge. “There’s no point shouting out that you can be trusted, you need to show you can deliver and keep delivering,” he says.

To that end, Adam Tavener, chairman of both Clifton Asset Management and Alternative Business Funding, wants to see more transparency. “Alternative finance positions itself as a feisty David to the main banks’ Goliath, but not all the products offered are reasonably priced or fairly described,” he says.

“In order to build trust and therefore the normalisation of use of our sector, we should beware of opportunistic models that are designed to exploit a perceived desperation of business owners who cannot get funded by their bank.”

There are still plenty of reasons to be optimistic, however. Mr Lewis says the Financial Conduct Authority (FCA) has done a good job to date. “We have been fully regulated since April 2014,” he says. “The FCA worked constructively with us to put in place a regulatory framework that struck the right balance between protecting consumers while supporting innovation and growth.”

P2P lending to become the norm

As banks find small-business lending increasingly unattractive thanks to regulatory demands on capital ratios, Anil Stocker, founder of invoice trading platform MarketInvoice, predicts that peer-to-peer will become the norm. “In time, peer-to-peer lending, whether through invoices, property, term loans or whatever, should be the cheapest way for businesses to borrow – we’re getting there already,” he says.

The forces that have driven the remarkable growth of the sector aren’t going away any time soon, adds Emanuela Vartolomei, chief executive of All Street, a crowdfunding analyst firm.
“Much of the public focus on [alternative finance] tends to be on technology developments, some of which have been amazing. For us, however, it is much wider than that,” he says.

“People are moving from being passive purchasers of financial services to active participants in the financial system. We see this trend intensifying, and those alternative finance players who engage and support mass participation will achieve the most success.”

Mr Tavener says: “If we can drop the evangelical hype that all too often surrounds it, I think the sector is well placed to mature and become a permanent part of the SME [small and medium-sized enterprise] funding landscape, and will continue to deliver innovation well into the future.”

Or as Assetz Capital’s Mr Holgate concludes: “The disruption has only just begun.”

Much of the attention in the alternative finance sector is going to peer-to-peer lenders and equity crowdfunders, but there’s another, much older, area of non-bank small business finance that has also grown in importance in recent years.

The invoice finance and asset-based lending industry is somewhat unfashionable, as well as poorly understood by the majority of business owners, but it provides a vital source of funding. 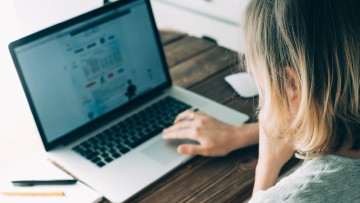 Asset-based lending sees lending secured against companies’ assets including plant, machinery and invoices. It was once seen as a last resort, but as bank finance and overdrafts became scarcer following the 2008 financial crisis, it has been gradually moving towards the mainstream.

Large independent providers such as Investec and GE Capital have become significant lenders against machinery, while Bibby, a family-owned business best known for its shipping operation, is one of the country’s largest providers of cash secured against invoices.

But invoice finance is itself being disrupted by a new breed of online players. This form of lending sees cash advanced against a company’s order book, meaning businesses that have to wait a long time to be paid by customers can ease their cash flow by selling their sales ledgers in return for a discount.

The problem, according to a handful of emerging online platforms determined to change the sector, is that traditionally this can be expensive, complex and involves a variety of opaque fees. Established lenders in the sector are responding and beginning to simplify their contracts and fees, and provide more flexible products.

Leading newcomer MarketInvoice uses a peer-to-peer platform to link wealthy private investors up with small companies eager to release cash from their invoices. Unlike traditional players, MarketInvoice allows companies to sell individual invoices instead of locking them into long, restrictive contracts, which demand the whole order book is given to the finance provider.

Other online invoice trading platforms, employing a similar approach, have since sprung up.