Now London is competing for business with the North

Despite fears about the effects of the Brexit vote and the uncertain political situation, property prices across the UK have continued to rise. According to recent forecasts by the Centre for Economics and Business Research, the average house in the UK will be worth £220,000 this year, up £9,000 on 2016. It’s not just residential property that has experienced such as remarkable increase.

According to EY, London commercial property rents rose by 70 per cent in five years from 2011 to 2015. St James’s was the area that had the most expensive average commercial rent for 2015 at £91 per square foot, up from £43 in 2010, followed by Belgravia and Knightsbridge.

In addition to rents and prices, following the business rate revaluation in some parts of London, including the traditional business district of Aldgate and the newer, trendier enclaves such as Shoreditch, Vauxhall and Clerkenwell, the new rates will be up to 63 per cent higher, according to office brokerage service PrimeFind.

Despite big expansion in the capital by the likes of Google, businesses are increasingly questioning whether they can operate commercially in such expensive areas. Already, according to a survey by commercial property agent Stirling Ackroyd, the number of registered technology companies in the EC1V postcode, known as Tech City, fell by 227 or 10 per cent over the six months to April last year.

Meanwhile, as residential property continues to rise, especially in London and the South East, company leaders are also looking at whether they can attract, retain and motivate talented staff who might be forced to live in small apartments or undertake long commutes.

The Northern Powerhouse might have been powered down, but companies based in London are looking at provincial cities for expansion. Figures from the Office for National Statistics (ONS) show that, for the first time, the number of 30 to 39 year olds moving to London from Liverpool, Leeds, Manchester and Birmingham in the year ending June 2015 about equalled those moving in the other direction. Quality of life is the prime driver the ONS found.

Earlier this year luxury fashion retailer Burberry announced plans to relocate 300 jobs from its London offices to West Yorkshire to reduce costs. The move to a new business services centre in Leeds is expected to save it £100 million. Leeds was recently placed 26th out of 100 cities around the world in the Sustainable Cities report published by leading infrastructure consultancy Arcadis, putting it above London.

“Cost of living and quality of life are major factors,” says Andrew Macland, head of UK at PGIM Real Estate, the financier for No 1 Spinningfields, which claims to be the highest specified and largest new office building in Manchester. “A high-end central Manchester flat costs less than £500 per square foot, against a Central London flat costing around £1,000 per square foot. The city of Manchester is a vibrant place to live and companies are recognising that.” 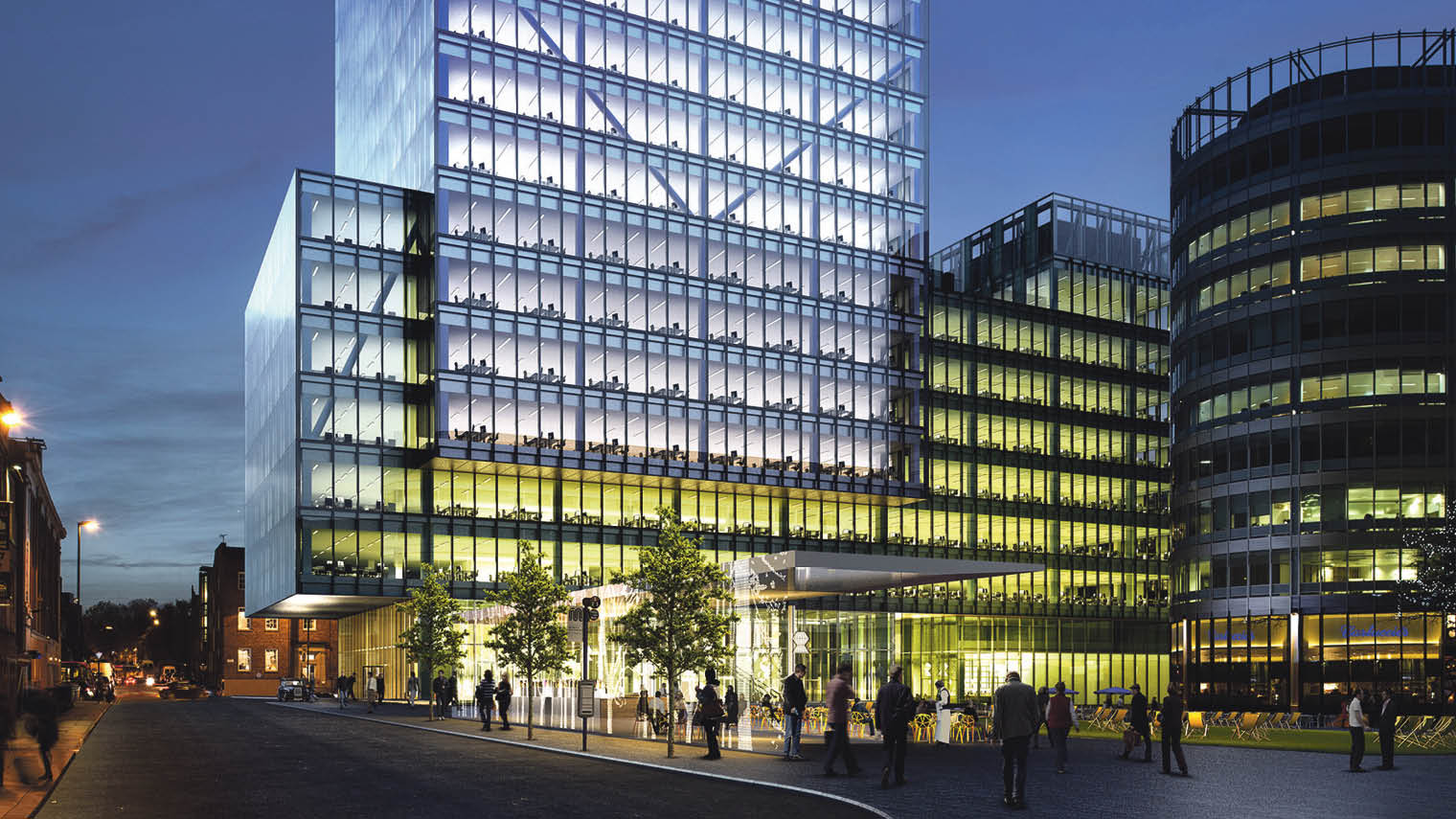 No 1 Spinningfields, said to be the highest specified and largest new office building in Manchester

Chris Mulcahy, office agency director at JLL Manchester, says: “Manchester became the original ‘northshoring’ location when the Bank of New York, now BNY Mellon, moved into the city in 2005. Since then the BBC and [law firm] Freshfields, more recently, have continued this trend of inward investment into the city.

“The city’s development pipeline has outpaced the other major hubs – one million square feet of space was delivered in the last two years. Having ready-made space, which is of the same quality as schemes in the capital, that firms can move into within short timeframes is key to Manchester’s success in capitalising on northshoring.”

The Northern Powerhouse might have been powered down, but companies based in London are looking at provincial cities for expansion

The Economist magazine recently went so far as to suggest that while the Palace of Westminster is being refurbished, Manchester should become the nation’s capital. In May, HSBC completed the first stage of its new headquarters for retail operations in Birmingham. The bank will move 1,000 staff there from London. Despite concerns about the relocation, more than 2,000 London staff have expressed an interest in transferring.

The East Midlands has been another hot spot for businesses moving from London, according to Tim Garratt, managing director at commercial property agent Innes England. He says: “Increasingly more businesses are looking outside London for affordable premises in the East Midlands. The affordability of premises in the area, developer land, the talent pool and cost of living are regularly cited by those who are interested in investing in the area.”

However, property experts are keen to point out that even in capital cities there are good deals to be had. Tony Smedley, head of continental European investment at Schroders, cites Kreuzberg in Berlin, for example.

“These locations are dynamic, interesting places to live and work, and have affordable and sustainable rents,” he says. “We believe they will have greater growth potential in the future as they are more likely to attract the talent that companies would like to employ. We regard these locations as being capable of generating strong growth.”

As rents and property prices continue to outstrip wages in London and research shows that a growing number of young people look for better quality of life as well as financial rewards, this trend seems set to continue.

Future of Work
Sustainable, sociable and healthy: breaking down Gen Z’s workplace checklist
Digital Transformation
Why the skills gap is stopping businesses from achieving agility
Future of Work
Three workforce strategies for weathering uncertainty
Future of Work
How voice communication can humanise hybrid working
Future of Work
2022 in review – the new world of work
Future of Work
Why Mindvalley’s CEO is ‘tearing down’ the office