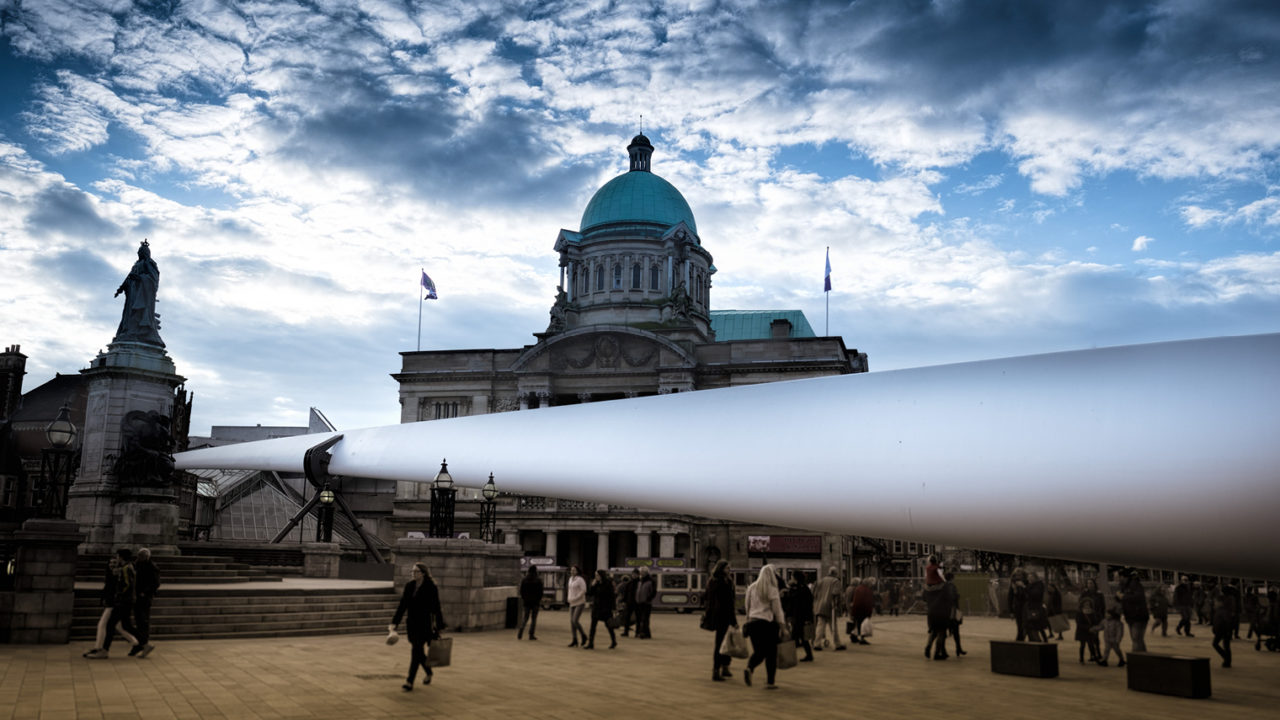 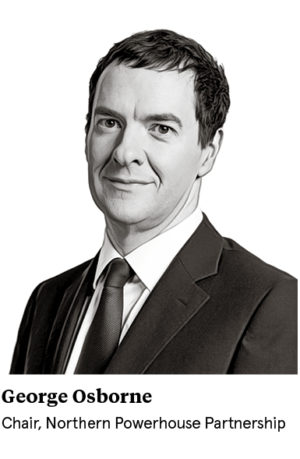 Creating a Northern Powerhouse, linking up the great towns and cities of the North to create a whole greater than its individual parts, requires us all to come together behind a common goal, increasing the contribution the North makes to the UK economy. Only with the support and buy-in of our civic leaders, civil society and businesses of all sizes will we truly achieve the ultimate goal of rebalancing our country, and creating better lives for the 15 million people of the North.

This project cannot simply be about the major cities. There are great things happening in places like Hull, Leeds, Liverpool, Manchester, Newcastle and Sheffield. But the Northern Powerhouse must be more than just urban regeneration; we have to reinvigorate those places with a rich heritage and history in making, building and innovating, exporting northern expertise and goods all over the world. The decline that many of these communities fell into over many decades is now being reversed. All our towns and cities must play their part in that.

Putting Hull at the forefront of the Northern Powerhouse

I set up the Northern Powerhouse Partnership (NPP) in 2016 as a non-profit organisation to enable the North to speak with one voice and highlight the opportunities across the region. On our board we have some of the area’s biggest employers, those who run great universities and our transport, a world-famous economist, and we are strictly cross-party, with Labour council leaders and a Conservative metro mayor working together for the North.

Cities like Hull must be at the forefront of this powerhouse. This city opened up trading routes between the UK and Europe, exporting to the Continent and all over the world. The port remains crucial to the local economy. NPP board member Associated British Ports and other companies employ 5,000 people there, with a further 18,000 employed as a result of activity around the port.

But Hull and the Humber are also forging a new path. Energy is one of the prime capabilities of the North. It’s a sector in which the North is already leading the UK and, with the right level of investment, business support and government backing could become world class. From the nuclear expertise in the North West to renewables in the East, and the fact that the Northern Powerhouse generates 41 per cent of the UK’s electricity, this is a sector that can deliver jobs, growth and increased productivity for the North. NPP board members Siemens and Drax are at the heart of this.

Drax and Siemens leading the charge

Under the leadership of Professor Juergen Maier, Siemens have invested heavily in Hull and the Humber. As chancellor I worked hard with then-prime minister David Cameron to bring the £310-million investment in their wind turbine blade factory. I went to see it last year with other members of the NPP. It’s an incredible thing to see and a vote of confidence in the future. A 250-foot, 28-tonne blade was the centrepiece of the wonderful Hull City of Culture display, linking the city’s industrial future to its cultural heritage.

Fellow NPP board member Drax employ around 900 people at the power plant in Selby, the biggest single-site renewable generator in the UK and the largest decarbonisation project in Europe. It supplies 7 per cent of the country’s electricity needs, including 15 per cent of its renewable power, and a host of system support services. Half their power generation units have been upgraded from burning coal to use sustainable biomass in the form of compressed wood pellets.

When I visited last July, I saw first-hand the impact the power station has on the local economy. Crucially, 3,650 jobs depend on Drax throughout Yorkshire and the Humber, their impact generating £419.2 million for the local economy. I met one of their apprentices, Alice Gill, who had recently graduated from the four-year Drax apprenticeship scheme, to become a qualified craftsperson at the power station. Along with many other northern companies of all sizes, Drax is helping shape the careers and futures of our young people.

Our partnership believes that 900,000 northern children and young people can be directly mentored and given experience of the world of work every year; an ambitious target, but one that businesses have bought into and supported us in delivering. We want every Northern Powerhouse business to work with the same number of young people as they have northern employees. This means a digital startup with five employees can play their part just as much as major companies such as Barclays or Manchester Airports Group.

Drax welcomes 13,000 visitors to the power station each year, many of whom are students and school pupils, giving children across Hull, the Humber and Yorkshire the opportunity to learn about energy and the careers available within the sector. It is a fantastic commitment to the next generations and one that companies of all sizes across the Northern Powerhouse are replicating.

I want the skilled workforce of the future to be able to stay in the north of England, contributing to the local economy and stimulating an increase in productivity. What I want to see is young people exploring skilled jobs from coast to coast, and from the Scottish borders to South Yorkshire and Cheshire.

Clearly, this cannot be done without a world-class transport network capable of linking the great towns and cities of the North. Northern Powerhouse Rail is a transformational project that links Liverpool and Hull with high-speed trains. It complements the huge investment in High Speed 2, which we committed to when I was in government, linking the North with the Midlands and the South. It would reinvigorate communities, slash journey times and vastly increase capacity.

Education, skills, connectivity, creating new industries – this is the Northern Powerhouse I envisaged when we created the concept

Cutting journey times for commuters and families from Hull to Leeds to 45 minutes, or to Sheffield in under an hour, would have a huge impact on labour markets, job prospects and leisure travel. It is the connectivity the Northern Powerhouse deserves and must be delivered by this government. I am sure it will be.