International franchising is finding a home in the UK

The presence of international franchises in the UK is nothing new, and over the years brands from the United States, Australia and France, particularly in the food and beverage sector, have performed well.

“We are also seeing international franchise brands coming from Spain, Germany, Canada, Denmark, North America and France, not just in food, but also in the care and gym concept sectors,” says Martin Francis, franchise director at HSBC Franchise Unit. “We are seeing more international brands, many of them household names, recognising the advantages of expansion via the franchise model.”

Part of the reason for this growth is that the UK has been slower to move into franchising than other countries, such as America and France, but the opportunity is there and it is growing. International brands have seen the potential and been quick to capitalise on it.

We are seeing more international brands, many of them household names, recognising the advantages of expansion via the franchise model

Another key factor in their success is UK consumer confidence, says Mark Berrisford-Smith, head of economics at HSBC Bank. “Pay rises haven’t been significant, but as long as they are higher than inflation, which they are, people feel they have more money to spare and in fact we are seeing consumer confidence returning to pre-recession levels,” he says.

However, he adds, franchisors need to be aware that while the market looks strong, consumers can be fickle and franchisors can’t afford to take anything for granted. 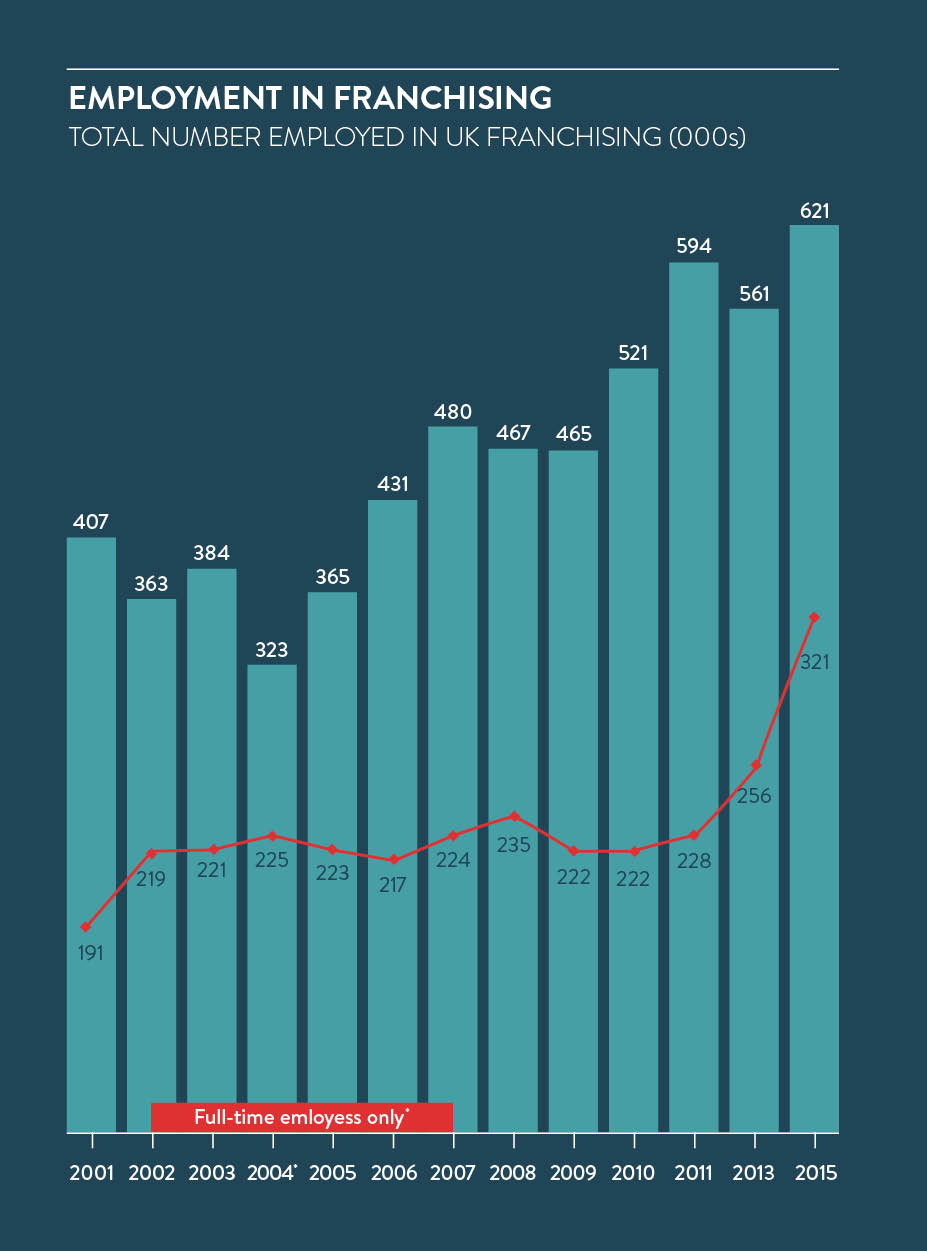 One of the biggest challenges for international brands is finding a unique selling point or USP in a very competitive marketplace and having a clear expansion strategy. One option is to appoint a master franchisee, someone who can take the franchisors tried-and-tested system, apply it to the local market and build a franchise network.

Daniel Coole is the UK and Ireland manager for the Asian-themed Sushi Daily, which has opened 500 stores across Europe and is part of the French company Kellydeli. He joined the company in September 2014 after a successful retail career encompassing supermarkets, quick-service retail and high street coffee brands, including Coffee Republic.

Mr Coole says: “I was in a good job when I came across this opportunity with Kellydeli. After the initial meeting, it took another six months of having discussions, which was more down to me wanting to be sure I was making the right move. What confirmed this was a visit to Paris to meet other team members, and that was where I was struck by their passion and vision for the brand – it was evident in every person I met.”

The Sushi Daily model differs from others in the sector because it is based within another retail brand, and in the UK is currently partnering with Sainsbury’s and Waitrose. Four franchises were launched last November and Mr Coole aims to open a further 25 in 2016.

He says: “A key challenge is finding retailers to partner with, who understand the concept of a brand within a brand. The success of Sushi Daily will depend on finding the right franchisees, people with the right values and behaviours, but finding the right location is a priority.” 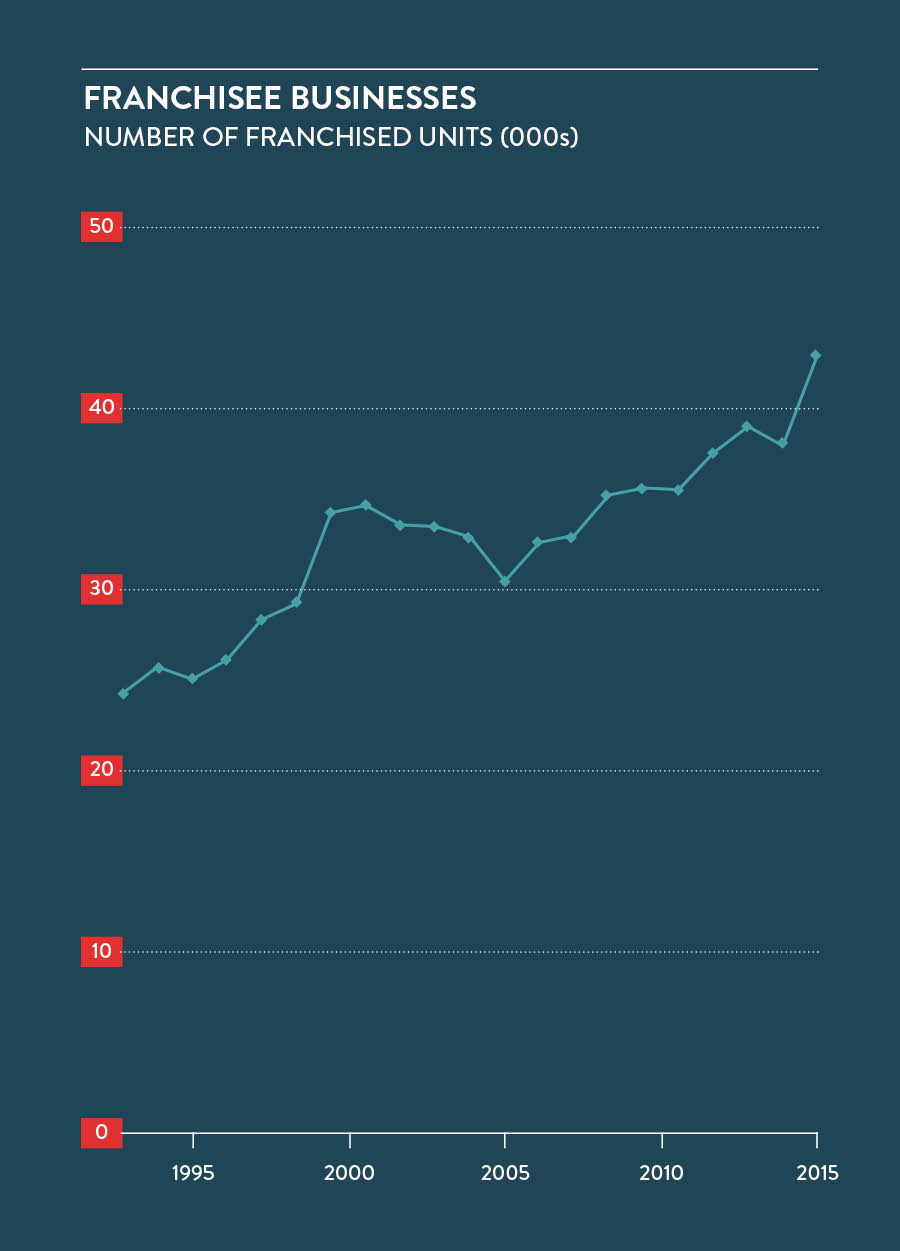 Another successful franchise import is domiciliary care franchise Home Instead Senior Care, headquartered in the US and introduced to the UK by master franchisee Trevor Brocklebank. He had just sold his IT consultancy business when his grandfather became ill and he became aware of shortcomings within the care sector.
“There was a clear gap in the market, so I did some research and found Home Instead in the US and in 2006 bought the UK rights. We found that 80 per cent of the model worked in the UK and we only needed to change 20 per cent,” he says.

Today they have 127 offices, a network turnover of £100 million and are consistently ranked in top position based on Care Quality Commission inspections.

Mr Brocklebank explains: “Getting the first few franchisees on board was a challenge; you are anxious to start seeing revenue come in, but you know that selecting the wrong people could destroy your brand. Franchising has been the best way of attracting the high-calibre corporate and professional people that the business needs. As franchisees with a successful brand, they also find it easier to get the funding they need to invest in their business.”

Master franchisees can also count on the training and support of a bank that fully understands and recognises the benefits of the franchise model.

HSBC’s Mr Francis concludes: “International or UK based, franchising will not make a bad business good, but we do know that at the core of a successful brand, which lends itself to the franchise model, is a good business.” 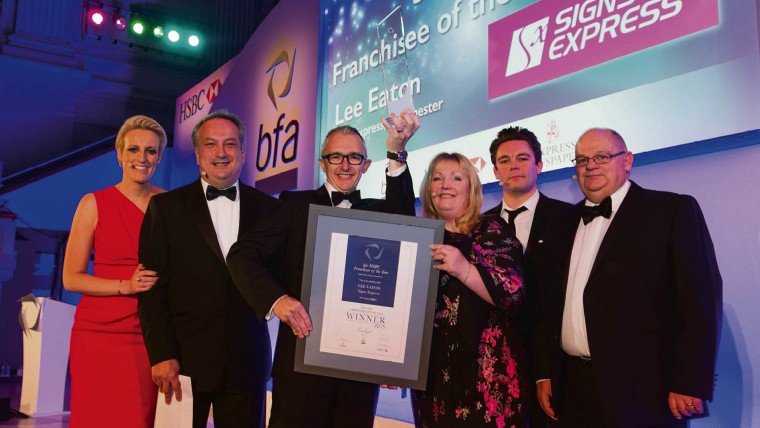 As a business model, franchising is renowned for providing a route into ownership that carries less risk and more support than any independent startup could. But as it matures, the franchising industry is also proving to be a catalyst for spectacular growth, which has captured the interest of some highly ambitious business owners. With the support of the HSBC Bank franchise team, they are using the model to scale up at a phenomenal rate.

“We are seeing the evolution of franchising,” says HSBC head of franchising Andrew Brattesani. “The industry is now recognised as a viable route to scalability and building a corporate business. We have a client base that really understands franchising and are now running multi-million-pound, multiple brand businesses.”

Some of the best examples of this scalability can be found in the fast food and telecommunications sectors, with fitness clubs and domiciliary care also showing signs of strong growth.

Farhat Abbas is a shining example of how to succeed with one franchise model and then replicate that success in a different business sector. With help from HSBC, the multi-unit Subway franchise owner is now also one of the fastest growing EE franchisees.

Mr Abbas joined the Subway brand in 2005, opening his first restaurant in Walthamstow, north-east London. He says: “I’d had a successful career, but my ambition was to run my own business. It was enjoyable, very hands on, and it’s where I learnt the ropes and the workings of the Subway franchise model. It was where I also realised my strengths lay in business development and people management, and that I had some amazing talent among my existing team members.”

He began pursuing his business expansion plans and searched for new locations. Within six months he had opened a second Subway store and promoted members of his team to manage it. It was the start of an extraordinary run of Subway restaurant openings, totalling 14, all based within a 30 to 40-minute driving radius. But his plans for business growth didn’t end there.

He’d achieved several key milestones, including his second ambition of becoming a multi-unit franchise owner. His third, to become a multi-brand franchise owner, was just around the corner. 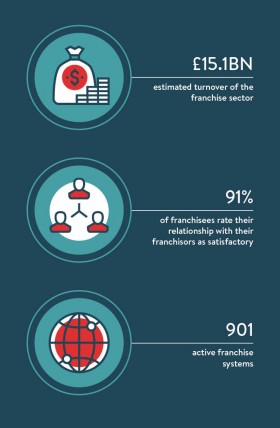 Mr Abbas says: “I used to work in mobile telecoms and when I found out that EE was franchising some of its existing stores, I was interested. However, based on my track record with Subway, they asked if I’d consider taking on more than one – they wanted me to run three.”

He insists that success at this level of franchise ownership is down to having the right mental attitude. “You have to really enjoy doing this and, although you lose that sense of security which comes with a regular wage, the satisfaction of watching your business grow is hard to beat,” he says.

But he also credits his success to the support he has received from the franchise team at HSBC.

“They have been more than just the right lender for me,” says Mr Abbas. “They have been the glue that has brought the whole thing together. My relationship with them goes beyond having access to finance; their expertise and support, which stems from their long history and knowledge of the franchising sector, has played a huge part in my business success.”

Multi-brand franchise owner Rajah Adil’s scale-up story is equally impressive. It began with his father’s decision to buy a Wimpey restaurant in 1969, a brand that was subsequently bought by Burger King.

There is a lot of talk about scalable growth, but within the franchise sector we are seeing it happen on a massive scale

“He worked as a bus driver, but he saw potential in the fast food brand,” says Mr Adil, who joined the business, washing dishes at the age of nine and learning the ropes. It was the damage caused by the BSE diseased cattle crisis that steered him towards diversifying, first into KFC and then into Costa Coffee, and more recently into gyms with Anytime Fitness. To date he has more than 100 restaurants, KFCs Costas and Burger Kings, and employs around 5,000 staff.

He says: “Our success is the result of our high standards of customer care and service in our restaurants, and that comes down to recruiting and training good people. But we would not have achieved this level of business growth in the same time scale without the franchise model. It has a well-defined set of standards, some very strong brands and brand owners who can see what is happening.”

There are clearly opportunities for those who are entrepreneurial enough to see them and business minded enough to understand how the franchise model works.

HSBC’s Mr Brattesani concludes: “There is a lot of talk about scalable growth, but within the franchise sector we are seeing it happen on a massive scale. This presents some huge opportunities for ambitious and talented business owners. And as a bank, if HSBC has a good history with a franchise brand, we will support them.”