Comments on social media can be skewed towards either gushing praise or damning criticism by a largely younger audience, but social listening is an important addition to the mix of customer feedback 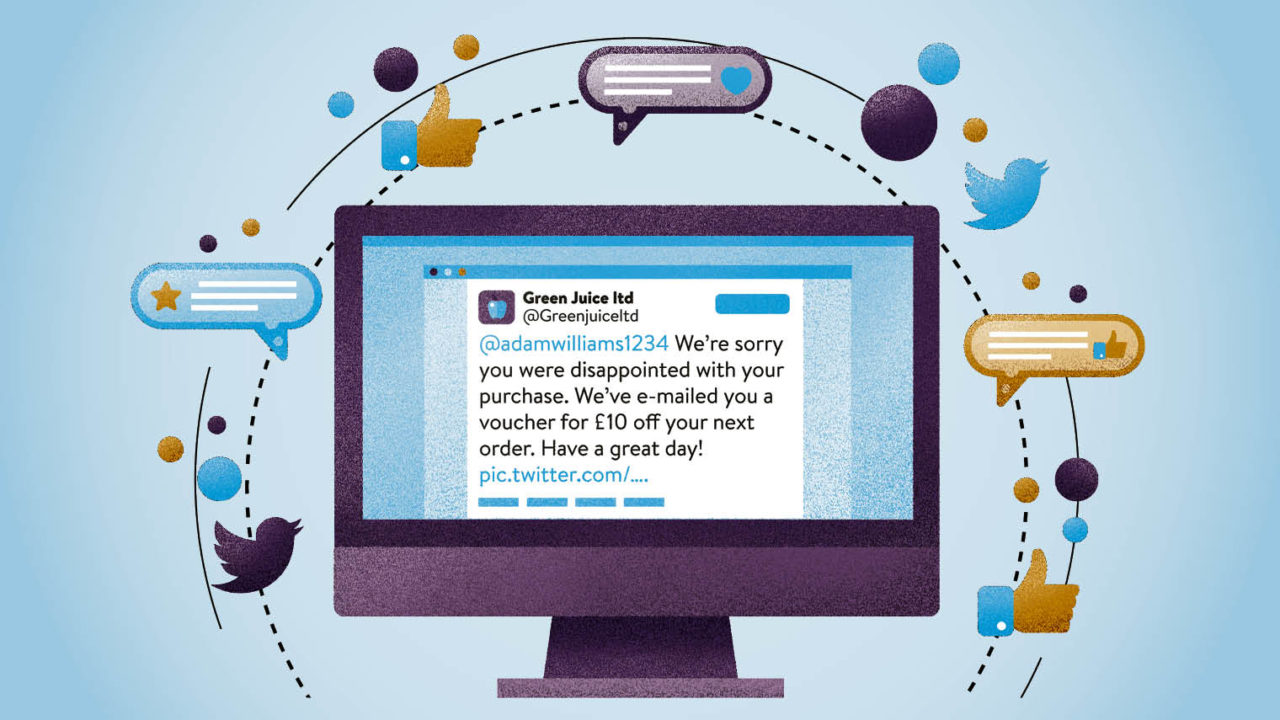 When Barclays bank launched its revolutionary money-sending app Pingit in 2012, it went down a storm. As the first money-sending service in Europe to allow account holders to use their phones for sending and receiving cash, it was ahead of the game and enjoyed widespread downloads from customers.

But when Barclays looked at social media sentiment, it became apparent that there were some disgruntled customers posting negative comments about the app. When the bank dug deeper into the data it discovered why: teenagers and their parents didn’t like the fact that under-18s couldn’t access the app. Within a week, Barclays changed the rules, opening up the app to 16 and 17 year olds as well. Problem solved.

Social listening is the act of monitoring and analysing digital conversation in a bid to understand what customers are saying about a brand, its competitors and its industry. In the case of Pingit, Barclays used social listening to get ahead of an impending problem, showing agility and a willingness to make sure customers are happy.

Social listening can pinpoint particular problems in a business, discover how competitors are doing and find topics of particular interest to a target market.

But despite the obvious benefits of social listening as a research tool, many traditional and professional services businesses are dismissing it as not for them. They are leaving it to the likes of retail and hospitality brands to use and delve into what’s being said on social.

“The first mistake businesses make when they enter a digital environment is assume that they are now dealing with some sort of quasi-reality,” says Phil Borge, director at public relations firm Eulogy. “Historically, many professional services, particularly within the legal industry, have questioned whether the social media ‘bandwagon’ is relevant in engaging with clients and winning business. The second mistake is to ignore the enormous opportunity listening-at-scale affords them. There are few insights more precious than knowing what people say about you, especially when they think you aren’t actually listening.

“Whether you’re an accountancy firm, a retailer or law practice, social listening should have been at the heart of business strategy for centuries; you’ve just called it something different – listening. The difference now is that the stakes can be much higher because of the permanence of social commentary and the ability for it to be shared quickly, at scale.”

Social listening can pinpoint particular problems in a business, discover how competitors are doing and find topics of particular interest to a target market

So what are the options for the businesses who do want to keep an ear out on Twitter, Facebook and everything in-between? Counting likes and reading a couple of Facebook comments doesn’t cut it these days. Garnering large-scale sentiment and trending topics is key.

“There are two primary ways that firms are doing this,” explains Marcus Gault, managing director of social media insight at Kantar Media. “First, there are plenty of cost-effective, automated tools designed to isolate consumer conversations from other kinds of content, such as marketing content, and analyse what exactly is being said. But these have limitations when it comes to accurately identifying sentiment.”

It seems computers are yet to understand the nuances of irony and sarcasm, so there can be a great deal of confusion when it comes to deciding what percentage of comments is negative and which isn’t. “Many businesses are now choosing to make a bigger investment in services that offer human analysis of online conversations,” says Mr Gault. “This gives a much more sophisticated understanding of how and why consumers are talking about a company or subject, but does come at a higher cost.”

One increasingly common off-shoot of social listening is the creation of brand-owned online forums, where consumers are encouraged to air their problems and chat to each other about experiences. Mobile operator giffgaff has found this particularly insightful. “We don’t just listen to our members from a distance, we actively ask them to help us make important business decisions that affect our member experience,” says Ashley Schofield, marketing and experience chief at giffgaff.

“It’s what we call giffgaff Labs and it’s done online on our community forums. If something isn’t working properly, or if people want to see something added or fine-tuned, we ask them to tell us so we can change for the better. For example, one member told us it would be much handier to be able to top up using PayPal, so we added it as a payment method.”

Meanwhile Direct Line recently launched a campaign which utilised social listening in a unique way. Rather than simply garnering information for research, the company listened out for posts which they could react to, making a big impact on individual lives. Based on the premise that people simply wanted an insurer that “fixed things” they used Twitter to do just that.

“We set about devising a ‘listen and respond’ campaign, where we hoped to form an ongoing connection with Twitter users by fixing their everyday dilemmas as quickly as possible. Originally named #everydayfix, this would rapidly mature into something much bigger – #directfix. Our Direct Fix campaign is, at its core, a social listening campaign where we listen to people’s daily problems and try to fix them,” the company says.

Whether brands are using automated or human forms of social listening, looking at Twitter, Facebook or forums, the question of reliability still comes up. Should a business completely change its strategy off the back of a couple of comments on social media?

“Many consumers angle their comments to stir controversy for maximum engagement rather than to express a genuine opinion,” says Chris Adams, chief operating officer and co-founder of social creative agency the Honey Partnership. “On the whole, consumers will say whether they love or hate a product online, but there is rarely a middle ground, just two strong, opposing arguments. This means that it is difficult to get an overall and realistic image of a product.”

Indeed, social listening can have a number of flaws. Nothing spurs consumers to leave an online comment quite like annoyance, so results can be skewed towards the negative. Also the demographic of those talking about brands on social media tends to be on the younger side. So you might well be missing out on great swathes of your customer base. The answer, of course, is to use social listening in conjunction with other research methods.

Law firm Gowling WLG puts this mixture to the test. “Social listening has become an integral part of our business development activity,” says Jenny Hardy, Gowling WLG’s strategic development director. “It enables us to pinpoint areas of interest and relevance to individual decision makers and their business. It is, of course, only one of many ways in which we develop a deeper understanding of the issues faced by our clients and markets, and is never used in isolation, but it does help us tailor our approach to reflect individual areas of interest.”

Pinpointing key concerns and interests for customers is one of the many ways that financial services companies are tapping into the power of social listening. Knowing that people don’t often like to talk about their personal finances, even to friends and family, Legal & General created a campaign to encourage people to open up.

“We discovered that people think money is a personal matter and aren’t comfortable to even talk to their closest friends and family about it,” says Sarah Daley, social media manager at the firm. “This is despite the same research telling us that more than 20 million adults feel stressed about their finance. Using Crimson Hexagon we listened to social conversations to understand what people really care about when it comes to personal finance and this helped us shape our campaign.”

Having a greater understanding of the public’s feelings towards personal finance helped the company to create a powerful and targeted campaign. “We came up with some creative campaigns like the Taboo Tent which encouraged people to reveal financial secrets they’ve never told anyone – live on video,” says Anna Doman, Legal & General’s brand manager. “Following on from this, we hosted live Q&A discussions in partnership with Google and a five-part eBook personal finance series with Rough Guides, supported by independent financial experts, all with the aim to build money confidence.

“Over a year and a half we saw a rise in brand awareness and a 20.4 per cent lift in our target demographic of 34 to 44 year olds. Most importantly, almost half of those who saw our sponsored content said they would consider purchasing a Legal & General product.”