Closer connections with consumers, enabled by advances in technology, are driving an increased business offering and improved customer experience in diverse sectors

For Lufthansa to be known as a company that simply operates planes would be “the very worst-case scenario”, according to the German airline’s Reinhard Lanegger.

It’s a revealing admission. In a similar vein to Uber’s transition from taxi-hailing to a transport provider, the airline sector is having to reposition and evolve as the flight is downgraded to just one component in a far broader and integrated customer experience, fuelled by multichannel service.

Putting the focus on the customer

According to ChannelHub, 86 per cent of buyers worldwide now use two or more channels per transaction, with the upshot being that every facet of the passenger journey is ripe for greater engagement and personalisation through added-value services.

With their air mile schemes and frequent flyer programmes, airlines do have form as something of a precursor to the more customised service we now expect, but the game is changing and demanding a rethink. To engage with a younger demographic and fight for customer visibility in a market dominated by mobile applications now means competing with the wave of agile, digital travel startups that can target customer touchpoints with a faster, focused offering and shape their expectations accordingly.

From travel concierge service to the masses to “all-you-can-fly” membership clubs, these disruptors have put the focus firmly back on the customer while in the process attracting venture capitalist funding in excess of $6.6 billion last year alone.

It seems to be a case of if you can’t beat them, join them for Lufthansa, having developed its own a startup culture internally in the form of a Berlin-based Innovation Hub to act as a central interface between the business and this buoyant global startup scene.

At the heart of the action is an open API (application programming interface) platform which provides secure access to central data and functionality through a dedicated portal based on TIBCO Mashery API management.

Third-party developers can access and integrate this data within their apps based on defined preferences to target a ready-made potential user base of 100 million passengers while the airline takes a step closer to the omnichannel, hyper-connected and real-time service customers now expect.

“For millennials, who live on the web or mobile devices, there is an expectation any interaction with a vendor should provide a seamless experience even if that interaction may actually involve multiple vendors,” says Kevin Bohan, director of TIBCO’s product marketing, integration technologies.

“APIs are the connectivity tissue that allows all these technologies to work together across business and technology boundaries to deliver data and capabilities when and where they’re needed.” 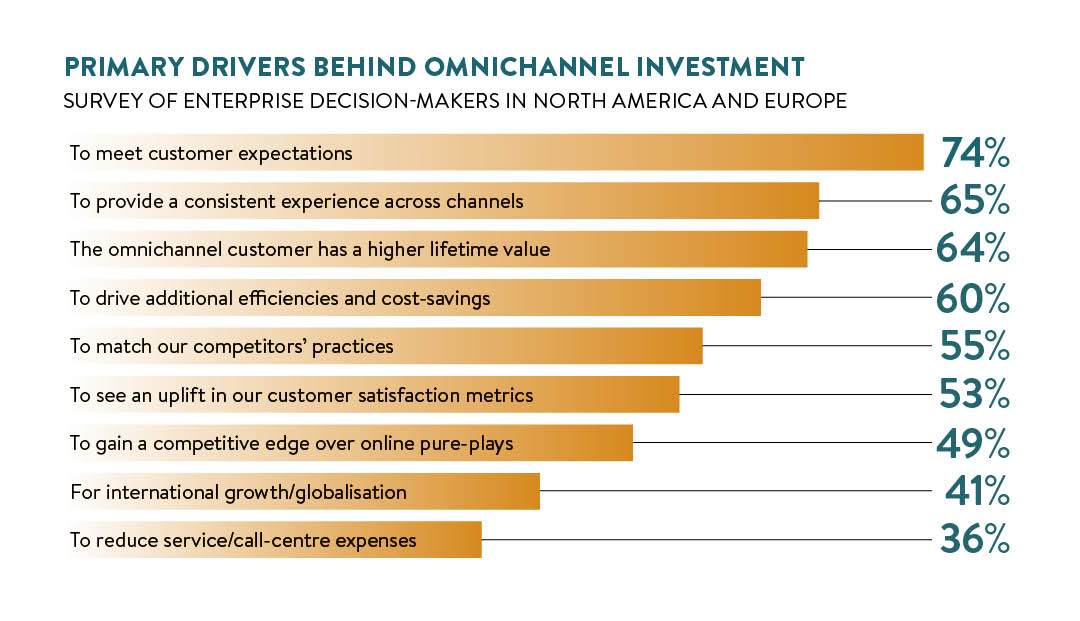 Indeed, by tapping into this agility and innovation the airline is discovering more immersive ways to reach and interact with customers by better responding to intent. For instance, engaging with an individual who “likes” a location on Instagram through an app that provides all the options for getting there is the kind of early intervention which can turn an idea on a wish list to a viable possibility.

And it doesn’t stop with the booking. An eclectic range of third-party services from itinerary options via Yelp and Facebook recommendations, smart home apps that heat up your house based on the estimated time of arrival to the apps that know when there is insufficient time to get to the airport and send messages to your car to rebook the flight, cover all bases.

The common thread is automation and while Mr Lanegger, ‎Lufthansa’s account manager API and developer relations, acknowledges the possibilities are huge, he sounds a cautionary note.

“We know that artificial intelligence, if done well, is able to process more data and also make more unbiased solutions than humans, but it’s critical we make sure this technology really understands and helps our customers the way that humans do,” he says.

Perhaps an answer lies with the latest automated incarnations which can blur the line between the two, the increasingly humanised chatbots, which simulate online conversations to answer questions or perform tasks.

In the wake of Facebook, Microsoft and Apple staking their claim for mass-market adoption, take-up has exploded, with the latter’s multi-tasking intelligent personal assistant Siri typifying the fusion of more sophisticated artificial intelligence and speech technology.

Having provided the speech recognition for Siri, speech technology specialist Nuance Communications has its own offering in the form of Nina, the nuance interactive natural assistant, and the first chatbot or virtual assistant developed for customer service which spans speech and text across telephony, the web, mobile and chat channels.

Portrayed as a perennial cheerful multi-lingual brunette on the Nuance website, she uses the company’s speech recognition technologies with voice biometrics and natural language understanding to find targeted answers to user questions, while bringing contextual understanding to the interaction to perform transactions, make recommendations and up-sell services.

Keeping the user in mind

For Nordic-Baltic banking group Swedbank, where digital channels are expected to be the customer’s primary choice of contact by 2018, she’s become a central player in the self-service juggernaut by integrating online customer engagement with the company’s contact centres and handling some two million of the 3.6 million annual customer interactions.

Head of channel management Martin Kedback says the convenience of a 24/7, omnichannel presence has made the technology an instant hit with customers across the spectrum with plans already afoot to expand to platforms such as iPad and mobile banking solutions aimed at its younger customers.

“Where this differs from just a standard question-and-answer function is that it starts an automated conversation with our customers, allowing us to drill down to the actual root cause of the question, making our customers stay digital or direct them to another channel if appropriate. So for example, if we pick up a sales lead and feel it would be better to connect the customer to an adviser, we could ask the virtual assistant to connect them,” he says.

It’s clearly an antidote to some of the more rudimentary automated replacements which once gave self-service a bad name and rebuffs the common narrative that casts automation as a threat poised to wipe out the low-skilled human roles all together.

Designed with the user in mind rather than purely cost-cutting, these technologies do appear to be delivering evidenced by the 80 per cent resolution rate to customer questions at Swedbank.

And the prediction from Gartner’s research director of customer strategies and customer relationship management Brian Manusana that the ubiquity of automation will elevate employee skills in customer service bears out, with the 700 contact centre staff now focusing on added-value activities such as relationship-building conversations, more complicated questions or sales leads, knowing the bread-and-butter transactions are being addressed.

Further evidence that points to how the two will be bedfellows rather than rivals centres on training, with the consensus being that the human touch remains a vital factor in informing the bots’ ongoing development, as nuance product development manager Sebastian Reeves explains.

“When we’re designing these systems, we cannot predict all the conversations between customers and the company, so we collect data based on real transcripts. From these we construct a business case to solve them in an automated way by teaching the system,” he says.

“There is no steady state with this technology, just constant training and updates which means learning from what real people are actually doing in the call centres keeps the proposition evolving and solving more complex customer issues.”