Stroke survivors face a postcode lottery when it comes to rehabilitation services, but a version of gaming technology may provide the answer to improving at-home therapy

While acute care of stroke patients in many parts of England and Wales is now world class, the long-term support and rehabilitation of stroke survivors is lagging behind. In a clinical audit of post-stroke service providers, published in December, it is described as “very patchy”.

The audit, by the Royal College of Physicians on behalf of the Intercollegiate Stroke Working Party, points out that psychological support for those who suffer what is often a life-changing event is as important as physical support. But it found the median waiting time for patients needing such support was ten weeks, with around 25 per cent having to wait five months or longer.

Alexis Wieroniey, the Stroke Association’s deputy director for policy and influencing, says: “The improvements we’ve seen in emergency care are not being matched in rehabilitation. Even in hospital, stroke survivors don’t always get the amount of rehab therapy they should.”

According to the Stroke Association’s State of the Nation: stroke statistics report, around 45 per cent of stroke survivors are left with swallowing difficulties, putting them at risk of choking on small pieces of food. Speech and language therapists are trained to help them, and under National Institute for Health and Clinical Excellence (NICE) guidelines they should have 45 minutes of this therapy every day.

On average, according to a stroke clinical audit published in January, they only get 41.9 per cent of the speech and language therapy recommended. Access to physiotherapy and occupational therapy (OT) while they are in hospital is better, with stroke survivors getting 74.5 per cent of the physiotherapy they should and around 80 per cent of OT.

The principal reason stroke survivors do not always get the amount of rehab therapy they need is staff shortages.

One way to address shortfall in physiotherapy provision would be the introduction of online therapy, enabling patients with moderate-to-mild disability to play interactive computer games to help them regain movement.

A company called EMVIGR has set up a cloud-based platform that would enable recovering stroke patients, in hospital, at home or on holiday abroad, to access interactive online games that involve them carrying out a range of upper-limb movements.

The company, established by Newcastle University academics Janet Eyre, professor of paediatric neuroscience, and Dr Graham Morgan, a computing scientist, with funding from the Health Innovation Challenge Fund, is awaiting final approval for its system from the Medicines and Healthcare products Regulatory Agency, and is in talks with the NHS.

Professor Eyre says: “We’re keen to get this out to patients and are talking to the distributors who market products to NHS hospitals. We’ve also had approaches from India, China and Australia, and are optimistic that by the end of this year we’ll have signed contracts.”

Six different games have been tested. Professor Eyre envisages that after playing the games in hospital, stroke survivors will continue playing at home on their PC or laptop for a small licence fee.

She says: “We know that the bigger the dose of physiotherapy a stroke patient gets the better the outcome. While the patient may get one-to-one physiotherapy in hospital, at home they have to do exercises by themselves. They often find this boring, but when they play a computer game they get engaged and reward hormones kick in.

“Progress is assessed remotely by a therapist, who can e-mail or phone the patient when it is time for them to move on to a more difficult game.”

Every year in the UK around 26,000 stroke survivors are left with some kind of long-term facial paralysis. Often they are simply given an A4 sheet of exercises to do in front of a mirror.

Philip Breedon, professor of smart technology at Nottingham Trent University, believes this is about to change.

In a project funded by the National Institute for Health Research invention for innovation programme, Professor Breedon and his team have used gesture recognition sensors from gaming technology to develop a “face-to-face” system for patients to use at home. 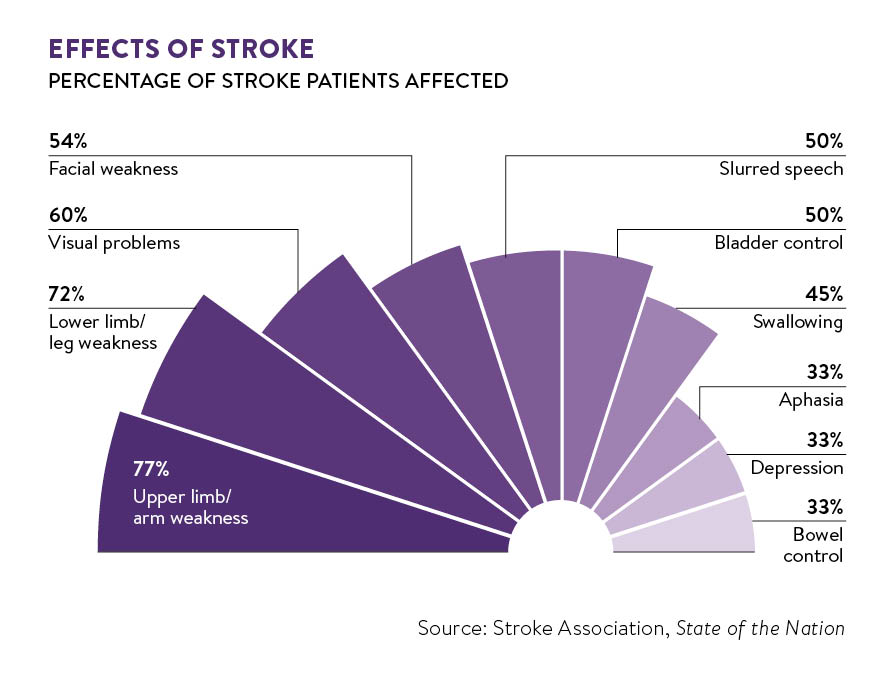 “The beauty of this technology is that it allows the exercises to be tailored to the needs of the individual patient, and changed if and when necessary. Both patients and therapists like it, and our aim is for it to be used in clinical practice,” he says.

“In July, a trial will follow the progress of 80 stroke patients with facial paralysis for the next two years. Patients will get feedback on their screens to allow them to see how they’re doing, and a speech and language therapist will be able to communicate remotely with them and check their progress.

“We hope this will lead to it becoming commercially available and being taken up by the NHS.”

She says: “I would say we’re three quarters of the way there. The big question is who will pay. NICE will want a high level of evidence to show they’re effective before recommending use on the NHS.

“Their big advantage is that they’re consistent, don’t get fed up with you making mistakes, don’t get distracted and don’t get bored, and allow people to do exercises whenever  they want. I see them as complementary to traditional therapy.”