Game-changers are shaking up funding

When Samir Desai and James Meekings set up a business lending website in 2010, not even all those in their own sector were convinced.

The two young entrepreneurs claimed they could instigate a revolution in the way small companies secure loans by using the web to allow them to tap ordinary people’s savings, bypassing banks in the process.

The method they would use, peer-to-peer lending, wasn’t their invention. Zopa was the world’s first example of the approach, linking consumer borrowers with consumer lenders seeking better returns.

Zopa’s founder, Giles Andrews, had looked at using peer-to-peer to back private companies, but concluded it was a bad move; the lack of reliable credit information on small businesses meant the risks were simply too high.

The high street banking giants that control the best part of 90 per cent of loans to small and medium-sized companies agreed; they were publicly sceptical about Mr Desai and Mr Meekings’ plans, and privately scathing.

Five years on and the pair appear to have been vindicated to an extent even they couldn’t have hoped for when they began their venture, Funding Circle.

The UK’s alternative finance industry was worth £1.74 billion by last year

Almost £600 million has been lent through the platform, it is regulated by the Financial Conduct Authority, and the government and local authorities use it to lend public money to small companies.

Remarkably, even the banks are on side as Funding Circle has referral partnerships with Santander and Royal Bank of Scotland, who pass on small businesses they aren’t willing to back.

The platform’s rapid journey from naive upstart to the heart of the establishment makes it one of the most prominent examples of what has arguably been the fastest growing sector in the UK during the economic downturn.

The UK’s alternative finance industry was worth £1.74 billion by last year, encompassing peer-to-peer lending, but also other methods such as crowdfunding and online invoice trading – up from only £267 million in 2012.

The growth has been fuelled by an era in which low interest rates have frustrated savers, while the banking sector has withdrawn billions of pounds worth of credit from businesses.

The sector is still minute compared to the size of the overall small business bank lending market, at approximately 2 per cent of its size, but the progress has been remarkable, says Stian Westlake, executive director of policy and research at Nesta.

“Given how young these models are and their current growth rate, in a few years they could become a really important source of funding,” he says.

The growth and depth of the UK’s alternative finance and broader financial technology or fintech sector is currently unmatched anywhere in the world.

Lack of a physical branch network or the need to hold regulatory capital against lending are among the reasons peer-to-peer platforms can attract capital by offering consumer lenders generous returns.

What’s less commonly mentioned is the fact that borrowing from Funding Circle and a number of similar platforms that have emerged, is relatively expensive for small businesses and the platforms are very picky about who they accept.

Chances are that if a bank doesn’t want your business, a peer-to-peer lender won’t either. It’s understandable that a nascent industry is nervous about bad credit risks, but it does rather undermine some of the hype that has surrounded the sector as being a panacea for those who are fed up with banks. 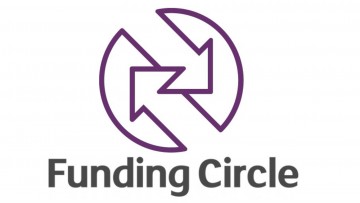 Roughly £600 million has been lent through Funding Circle

Indeed, Adam Tavener, co-founder of Alternative Business Funding, a finance portal for small companies, says conversion rates can be as low as 30 per cent.

“Alternative finance is going to be a game-changer, but not overnight,” he says. “I am nervous about some of the hyperbole surrounding the sector.”

Mr Westlake says a government-mandated scheme that will force high street banks to refer customers they reject for loans to the alternative finance sector will provide the young platforms with an intriguing challenge.

They will need to attract investors with a higher risk appetite, he says, or find new ways to assess credit.

There’s another looming challenge linked to the industry’s success, too. Institutions have seen the returns that are to be had from backing small businesses and are muscling in on the action.

While Mr Westlake expects failure of some of the weaker players in the industry is inevitable, he points out that most of the leading platforms are well capitalised, with powerful backers. “The prospects for the industry are good,” he insists.

There’s also plenty of untapped potential custom. With the sector generating plenty of column inches, it’s easy to forget many small-business owners haven’t even heard of most forms of alternative finance, let alone used one. Nesta research suggests less than one in ten companies has attempted to secure capital from a non-bank funder.

Alternative funders have already proved that banks needn’t be the only game in town; now they need to demonstrate that they’re here to stay – and get the word out.